Doctor Marina Gold's project revolves around the relationship between human rights discourse and the role of NGOs in the articulation of the refugee crisis in Europe. Read more about her research project here.

Since 2015, I have been involved with the Egalitarianism project as an associated researcher, with a project on the relationship between human rights discourse and the role of NGOs in the articulation of the refugee crisis in Europe. I have conducted interviews with well-known international NGOs in Geneva, such as the Red Cross, MSF and Amnesty International, as well as international organizations such as World Health Organization and UNHCR. I also conducted field research at refugee processing centres in Zurich, and with programs designed to integrate refugees into Swiss life.

Underscoring these issues, I am interested in the processes of state transformation that are being manifested in the reorganization of state power into non-state corporate structures.
I am also the principal researcher in a collaborative project between the Geneva University Hospital and the NGO Mundo Sano that aims to understand the health barriers affecting Latin American undocumented migrants in Geneva.

In the past two years my areas of expertise have extended from her PhD Cuban material to include field research with NGOs in Switzerland, refugee structures of management, and undocumented migrants. 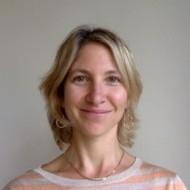