Together with our invited speakers, we want to shine a light on the current and future development of space flight and how sustainable access and use of space can be achieved in order to contribute to a sustainable future for the whole planet.

We are on the cusp of a revolution concerning the access to space; the launch capability that was the preserve of governments and space agencies is starting to become dominated by the private sector. There were 144 orbital launches in 2021 (133 successes) and it is predicted that there will be as many as 1000 per year in the not-so-distant future. The price of transportation has become affordable for small enterprises and is as low as 1,500 USD/kg on SpaceX’s Falcon Heavy. A single launch can deliver over 100 satellites which is permitting the lofting of mega-constellations with Starlink’s 5-year plan for 12,000 satellites, Oneweb’s initial 648 units and Amazon Project Kuiper sending two prototypes later this year. Low Earth Orbit (LEO) is becoming very congested.

A few decades ago, the only known thing orbiting the Earth was the moon! Mankind has since launched vehicles; discarding rocket segments, abandoning non-functional satellites, dumping unwanted debris, and even deliberately hitting satellites with projectiles - with little concern or thought as to the consequences. This has resulted in an inordinate amount of space junk, just tipped in our orbital backyard. There are 100 million items (fragments) 1 mm or larger, of which half a million are 10 mm or larger, and 27,000 items are able to be tracked in LEO.  Even a fleck of paint travelling at orbital velocities of 28,000 km/h can cause significant damage. If action is not taken soon a situation will be created that parallels ignoring climate change: parts of Earth orbit could be left unusable.

As rockets are launched, are there effects on our atmosphere that we should be worried about? After-all, the aviation sector currently dwarfs the space launch business. Depending on the propellant used, rocket engines produce soot particles, water vapour and trace gas emissions which when left in a pristine upper atmosphere are causing concern; solid rocket engines also emit aluminium oxide and have detrimental effects on the ozone layer.

The age of the reusable launcher is now apparent with SpaceX’s Falcon 9 recently achieving 31 flights with just two new first stages – the rest were previously flown and refurbished, some more than 10 times. This is cutting the hardware waste; however, many other launch systems are still non-reusable. In addition, most of the existing space debris will not deorbit over the course of several decades, while new hardware is placed in orbit. 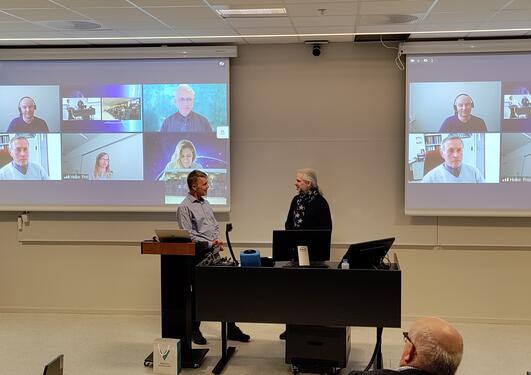