About Vent and Seep Biota

The macrofauna of hydrothermal vents and seeps differ markedly from surrounding areas, and it has been estimated that 90% of the fauna found on hydrothermal vents is found only there. Vent faunas seem to be a mixture of recent invaders and of species of more ancient origin. Naturally, most faunal elements originate from deep-sea groups, but interestingly some elements such as the polychaete genus Ophryotrocha may originate from shallow water groups.

Vent and seep biota are clearly related to each other and to other chemically-fuelled ecosystems such as whale and wood falls. The biogeography and genetic flow between different chemosynthetic habitats is incompletely known, and the fauna of neighbouring sites may be drastically different. Many populations are disjunctive and offer great possibilities for studying genetic flow. The proximity of hot vents at the ridge to the cold seeps at the continental margins makes the Arctic Ocean and the Norwegian Sea ideal for such studies. At present more than 500 new species have been described from vents and seeps; this number will certainly increase.

The newly discovered vent fields at the Arctic Ridge system are biologically important in several ways. They are located at high latitude, and in a region that can be assumed to be biogeographically isolated from other similar habitats. More importantly, some are found at rather shallow depths, where it has just been shown that the plumes reach all the way up into the photic areas of the ocean. This means that the interaction with the sun-driven ecosystem will be more direct than in other vent regions. Such area will provide us with a natural laboratory to investigate processes that may have been important during Paleoprotozoic and Neoproterozoic ‘snowball earth' events, when metazoan life may have remained active only within geothermal pockets. Such pockets may have been a main factor forming the basal branching pattern of the metazoan tree of life as we see it today, including the patterning of HOX genes. 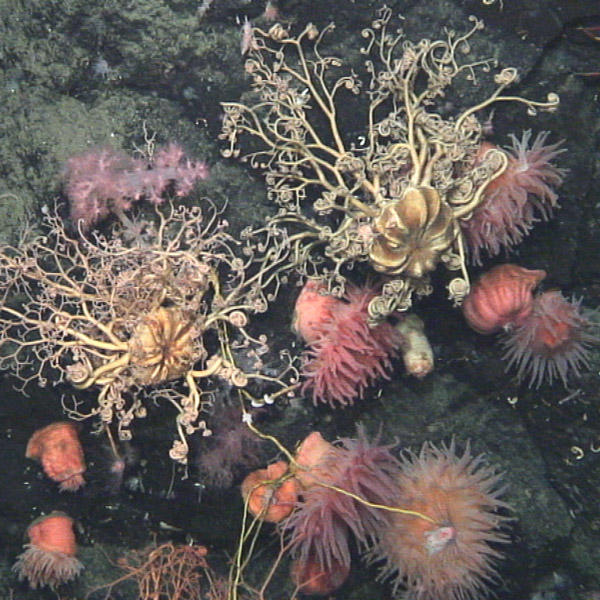