Training the next generation

One of the Centre for Geobiology (CGB)’s key goals was to train a new generation of inter-disciplinary researchers – true geo-biologists (or bio-geologists!).

Established in 2007 as one of the Research Council of Norway’s Centres of Excellence, CGB’s mission was to undertake ground-breaking basic research that would help to establish a new research discipline at UiB: Geobiology. Training a new generation of inter-disciplinary researchers was considered a crucial aspect of achieving this goal. Today, as the Centre nears the end of its 10-year funding period, there are a number of young scientists who have successfully completed the training programme.

Researchers trained in one discipline (geology or biology) can be handicapped by the trappings of their particular specialisation – language or jargon; tools, techniques, methodologies; standard literature and philosophies … etc. While it is possible for “uni-discipline” researchers to learn about other disciplines, CGB’s goal was to train a new generation of inter-disciplinary researchers, with a common multidisciplinary language, background, approaches … etc.

Meet some of CGB’s new geobiologists.

Here we will introduce 5 researchers who began their careers at CGB as PhD students. Originally a mixture of biologists and geologists, all 5 now consider themselves as geobiologists. When reflecting over their training, all spoke of how enriching it had been to be exposed to different disciplines and to new ways of thinking. Language was highlighted as having been a challenge, as well as learning to “think” in different ways. However, all underlined that the journey had been a fascinating, positive and enriching experience.

Another common theme was the importance of “co-location”. In the real world of budgeting restraints and cost-cutting measures it is not always easy or even possible to co-locate a newly organised group of researchers. However, the researchers of the next generation presented here underlined the importance of physical proximity for facilitating productive collaboration and learning – both at informal and formal levels.

A third point that all 5 highlighted was how important it was that CGB’s inter-disciplinary research activity continue after the end of the 10-year funding period. The Centre is one of a few international centres in Geobiology and in its short lifetime has made significant contributions towards establishing and developing this field at UiB, nationally and internationally. The hope is that the work will continue at a new Centre for Deep Sea Research at UiB.

Some of these young researchers are now involved in some of the unanticipated applied research activity that has resulted from the CGB’s basic research focus. These spin-off directions underline the importance of the Research Council of Norway’s support for significant basic research initiatives such as the Centres of Excellence programme. It is impossible to predict what or when basic research results will have applied research applications. 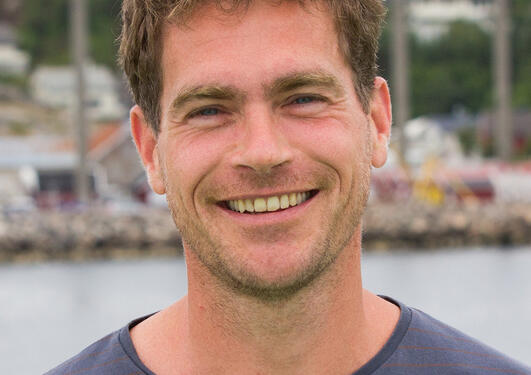 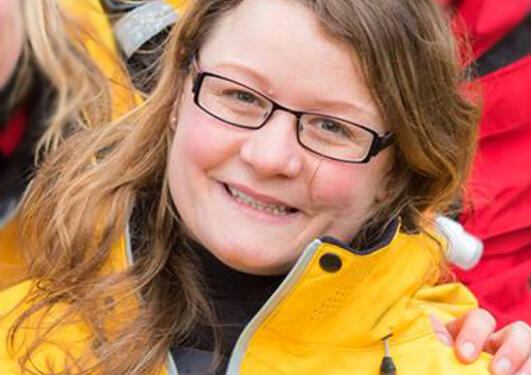 Part of the Centre for Geobiology (CGB) was also to build up an international network. Originally PhD student and later Post-Doc Researcher, Swiss national Tamara Baumberger, ably demonstrates a portion of this network. 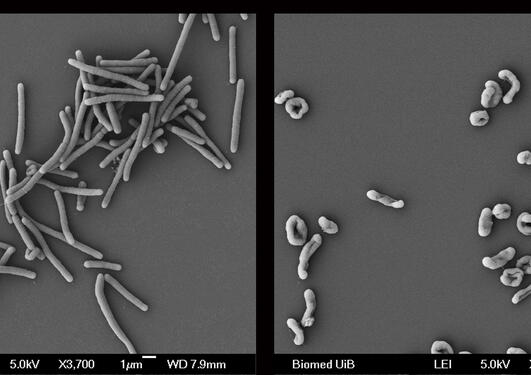 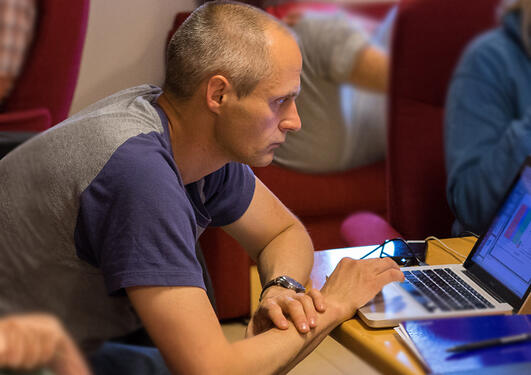 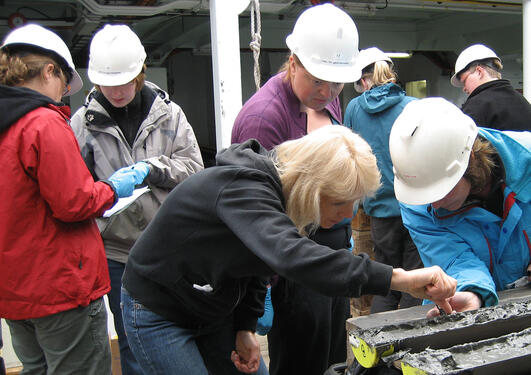