Ingeborg Økland working on the stern deck of the G.O. Sars (purple shirt). Irene Roalkvam, is behind her to the right (blue jacket) and Tamara Baumberger to the left (red jacket). CGB Director, Ingunn Thorseth is in front of her, bending down to examine a sediment core more closely.
Photo:
CGB

Ingeborg Elisabeth Økland began as a geology student. However, she soon became involved in the novel and rapidly developing discipline of geomicrobiology; the study of the interactions between rocks, water and microbes. Økland explains that knowledge of one discipline alone is not enough to understand the “bigger picture”. Her own disciplinary path has moved from geology to geochemistry to geomicrobiology!

From collaboration to a “way of thinking”

Økland says that the new generation of researchers at the Centre for Geobiology (CGB) have learned to appreciate and partially understand one another’s specialities. This is enabling CGB researchers to collaborate well together. The next generation will go one step further, she says. For them, working cross-disciplines will simply be a “way of thinking”.

Økland describes her PhD research as “pure” basic research. In the 1970s, our understanding of life on Earth was revolutionised by discoveries of deep sea ecosystems around hydrothermal vents that were based on chemical rather that light energy. In 2000, a new kind of deep sea hydrothermal system was discovered (Lost City), where the chemical energy for the ecosystem was essentially based on water-rock interactions in the mantle. Her research is part of the activity of the Water-Rock-Microbe Interactions & the Deep Biosphere research theme at CGB.

However, accessing deep sea sites for field work is challenging. Here Økland was fortunate to be a Norwegian PhD student. Off the north-western coast of Norway there is an island that is a geological anomaly. Somehow a whole section of the Earth’s lithosphere was uplifted to form the island, Leka. It gives researchers unique access to rock profiles that are normally buried deep underground. The island’s geology is so unique that it has been granted status as Norway’s National Geological Monument. (Learn more in this video).

Økland was able to use this accessible, land model to learn more about the reactions that occur when water circulating through mantle rocks provides energy sources capable of supporting microbial ecosystems (Read more about her PhD work in Norwegian).

Applying this new basic research knowledge, a number of potential mining interests are planning new initiatives in Norway. The question of waste management, however, must be resolved. One possible option is deposition on the seabed. Today Økland is using her understanding of basic geobiological processes to carry out risk assessment analyses to determine potential impacts of storing mine tailings in the sea.

In addition to numerous field excursions to Leka and elsewhere, Økland has participated in all the Centre’s annual summer research cruises except one. For Økland, “the sea is fascinating – especially the deep sea. It is a great privilege to be able to be part of the cruise research team.”

Økland is regularly featured in updates about CGB’s field activity.

Read about a recent cruise here. 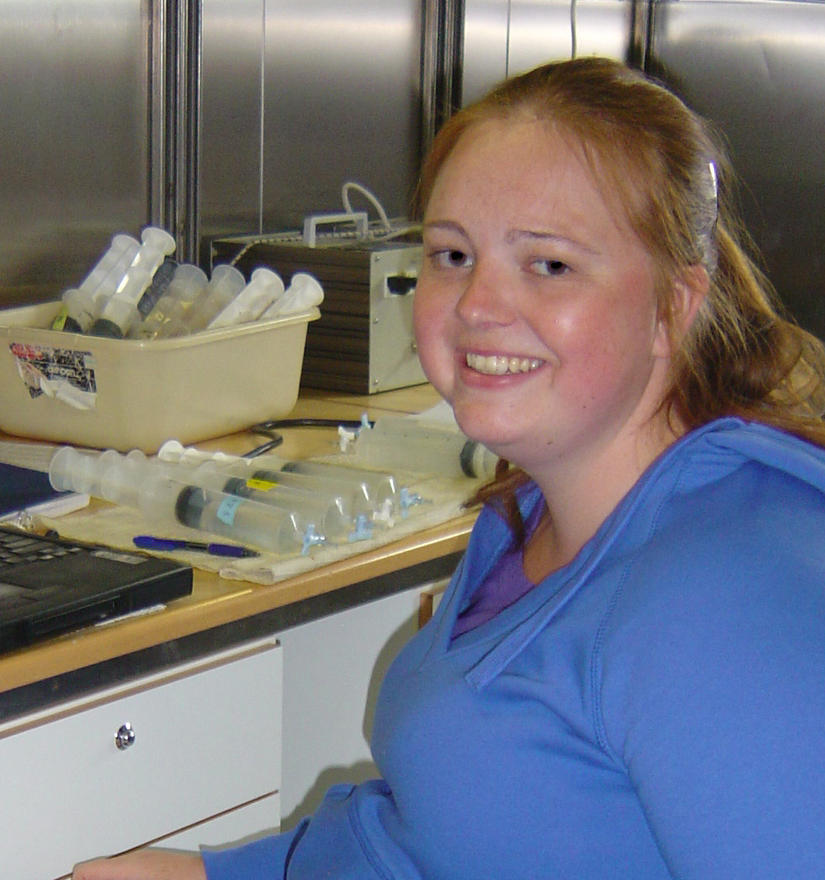