Lost City – the only vent field of its kind – yet!

It was discovered by accident in 2000.

Deborah Kelley is a Professor II at the Centre for Geobiology. June 3 she made a very short stop-over in Bergen and gave a guest lecture about a unique hydrothermal vent field entitled: Lost City: one of the most extreme environments on Earth.

The information in this brief article comes from her talk and from the wonderful University of Washington website about Lost City.

The Lost City hydrothermal vent field (LCHF) is not located along a mid-ocean ridge where most of the world’s vent systems have been found, but about 15 km away from the mid-Atlantic Ridge at 30°N, in an area of the seafloor that does not have volcanic activity. This area, however, does have extensive faulting and uplifting activity. Over 1-2 million years this lifting activity at the intersection of two major faults has resulted in the formation of a massif – the Atlantic Massif – rising nearly 4000 m above the seafloor. It is an example of a feature called a “core complex”. Smith et. al. in a Letter to Nature state that “Oceanic core complexes are massifs in which lower-crustal and upper-mantle rocks are exposed at the sea floor. They form at mid-ocean ridges through slip on detachment faults rooted below the spreading axis.”

Learn more about the geology of Lost City.

Lost City is unique because the source of its hydrothermal activity is not volcanic, but chemical – it is driven by heat producing reactions of deep mantle rocks with water (serpentisation).  Serpentisation reactions not only produce heat, but they cause an increase in volume which may also be a contributing factor in the formation of the massif. Learn more about serpentisation. Serpintisation is also an interesting chemical reaction because it leads to the abiogenic formation of hydrocarbons.

Lost City is very different from most known forms of hydrothermal activity (that forming black and white smokers, for example). Learn more.

Debbie Kelley a senior geologist who was one of the team who discovered Lost City, believes that vent fields such as Lost City may be found elsewhere on oceanic core complexes, but have not been discovered before (or since) because these areas are difficult to access (far from ports) and thus costly to investigate. CGB’s researchers may be fortunate to stumble on a similar field during their continuing research along the slow spreading arctic ridges.

Also aboard when Lost City was discovered was Gretchen Früh-Green, from ETH (the Swiss Federal Institute of Research in Zurich), who has also visited CGB and been on the research cruises summers 2007, 2008 and 2009.

an interview by NOAA and some video interviews

more about Lost City with a video interview

article about the Lost City discovery in Science 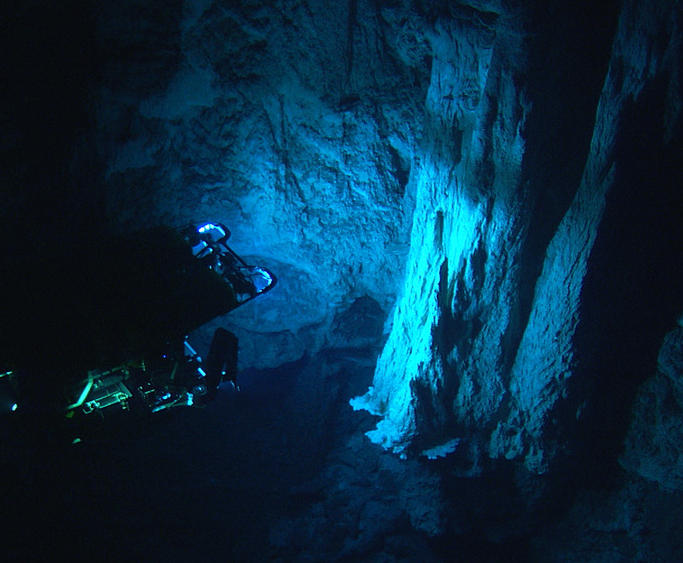