New ideas flourish at the intersection of disciplines

Jørgensen’s master research involved the bio-remediation of oil, and it was here that he learned first-hand the necessity of understanding more than one discipline. In his case, he first needed greater knowledge of geochemistry and geochemical techniques. Jørgensen says that at the cross-over between disciplines, one achieves a much deeper understanding of a research problem and the research can be placed in a much broader context.

One of the major hurdles in becoming an inter-disciplinary scientist is mastering the “jargon” necessary for communication with colleagues from another scientific discipline. Jørgensen believes that it is a crucial part of the learning process, and, as with any language, it is best learned if exposed to it on a daily basis.

In 2011, Jørgensen represented CGB in the International Ocean Drilling Program (IODP) expedition 336 aboard the scientific drilling vessel JOIDES Resolution.  For Jørgensen the experience was an enriching opportunity to network and to set the ground-work for long-term collaborations with a team of excellent international scientists.

“It was exciting and interesting”, he says, “to be a part of such a large-scale research undertaking”.

Read more in his research blog from those 2 months.

Throughout his career, Jørgensen’s research has been focused on organisms living in extreme and inhospitable environments, with an emphasis on the least explored biosphere on earth; the one below the earth’s surface! His work is contributing to advancing research on the deep biosphere from the realm of descriptive science to one that is quantifiable; something that is highlighting the deep biosphere’s importance. Its impact on global element re-cycling is one example.

Jørgensen’s work resulted in a Nature publication in 2015 based on the discovery and identification of a group of microorganisms in the deep-sea sediments around the hydrothermal vent field, Loki’s Castle. The new lineage was shown to represent the closest known microbial relative to the complex cells of the eukaryotes. A dramatic revision of the current 3-branched tree of life is needed as a result, reducing it to a tree with only 2 branches. This finding makes a significant contribution to increasing our understanding about the evolution of life and has been labelled as a paradigm shift in evolutionary biology. The work also demonstrates the value of funding Centres of Excellence.

No question too big!

From student to researcher, Jørgensen feels that being at CGB has provided him with the analytical tools and the freedom to grow. Being at the Centre has enabled him to establish himself as an international researcher who is contributing to helping to elucidate key questions in the deep biosphere. 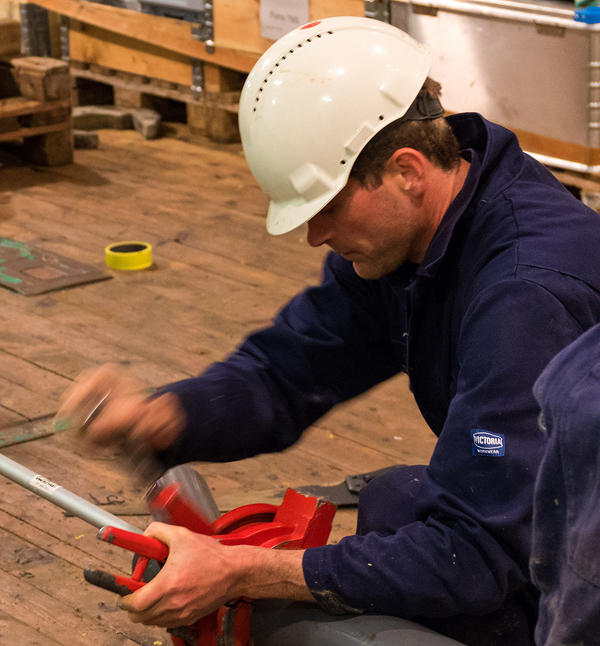