Steffen Jorgensen, a PhD student at CGB, was sea for two months in autumn 2011 on an international research cruise.

The expedition is entitled 'Mid-Atlantic Ridge Microbiology.' It will be investigating life beneath the seafloor, called the deep subseafloor biosphere, and in something called a ‘sediment pond’ at a location near the mid-Atlantic Ridge, approximately around the Azores.

A sediment pond forms when a geological feature, such as a depression in the seafloor, traps sediments allowing them to accumulate. Typically these ponds are 1 to 10 km across and 100 to 500 m thick. Coring into sediments is much easier than coring through solid rock. Sediment cores more easily provide scientists with a wealth of historical geological information. Tracing the layers through the sediments reveals information about climate, geological events such as venting and volcanism etc. Centre leader, Rolf Birger Pedersen compared the process to being a concrete geological textbook. It may contain information about conditions on earth going back thousands, even hundreds of thousands of years ago.

Scientists have discovered relatively recently that there is not only geological information to be found in subseafloor cores – there is life there too! Learning more about the subseafloor biosphere is one of the research goals of the IODP.

Cruise planners targeted three sites where they planned to drill through the sediments and into the underlying young, cold, and hydrologically active flank of the Mid-Atlantic Ridge. The primary science objectives were to investigate:

(1) the nature of microbial communities in young ridge flanks and their role in crustal weathering, and

(2) the origin of deep-seated microbial communities.

Also see the JOIDES Resolution web site to check out Jorgensen`s reports of his cruise activity. 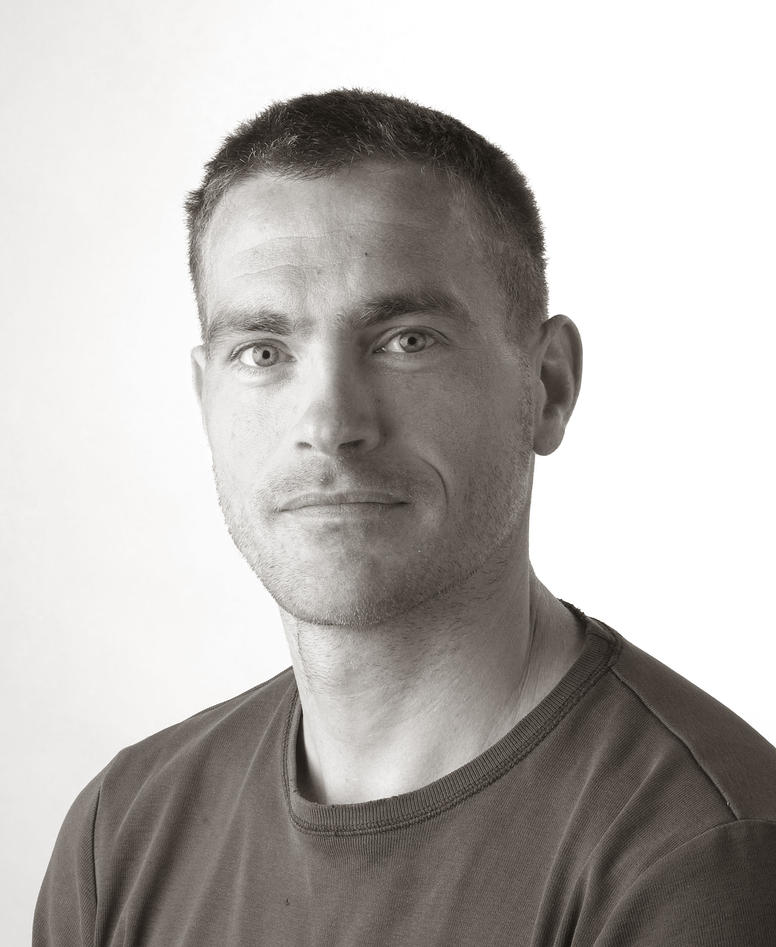 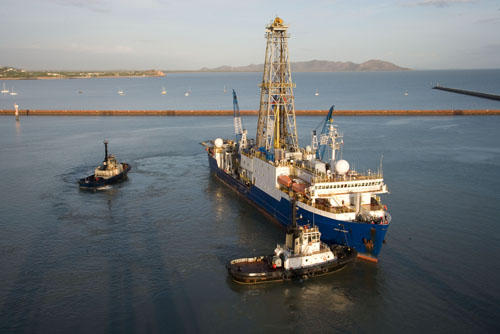 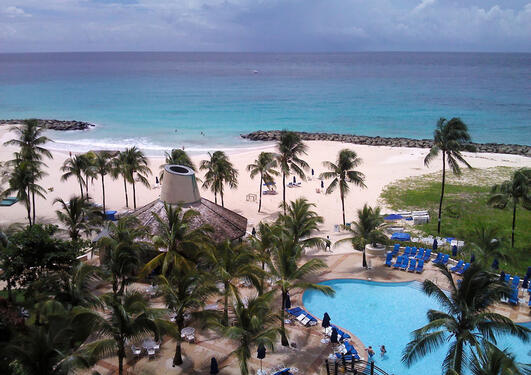 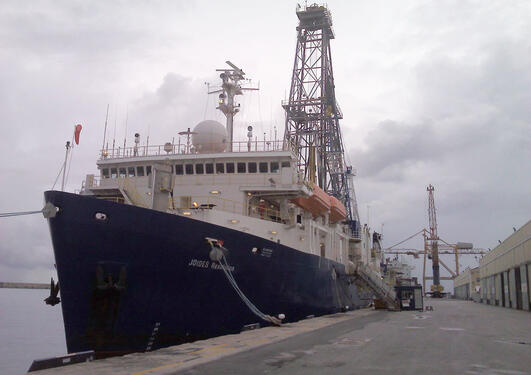 Our scientist-at-sea, PhD student Steffen Jorgensen, should be arriving at the first site on IODP’s Expedition 336. 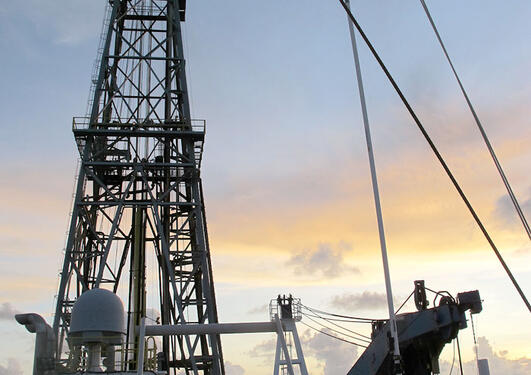 The JOIDES Resolution and our scientist-at-sea, PhD student Steffen Jorgensen, have arrived at the first site. 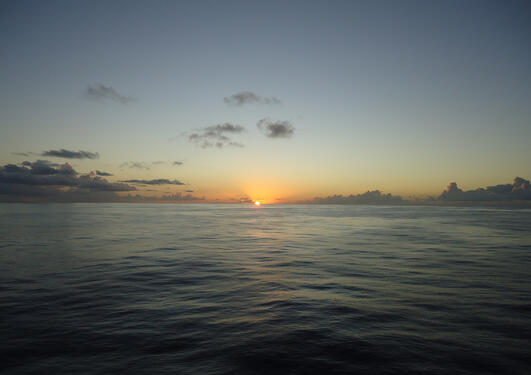 IODP Fourth Report - Losing a CORK and running away! 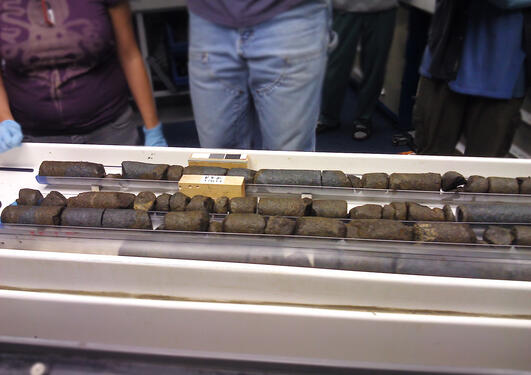 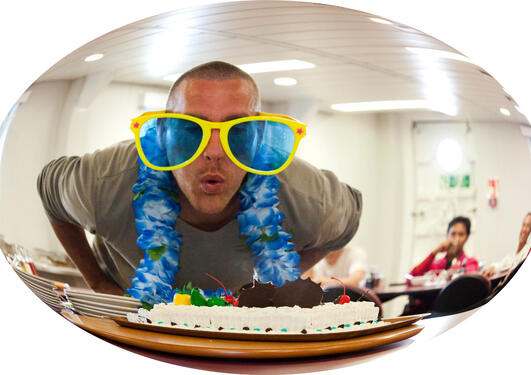 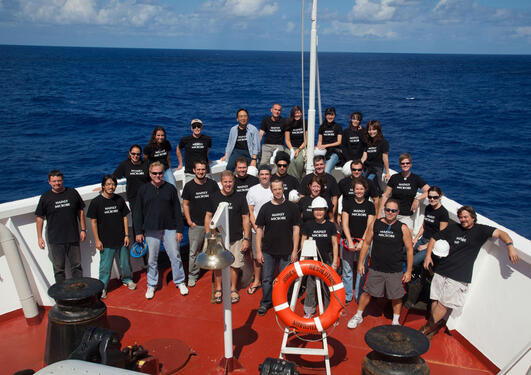 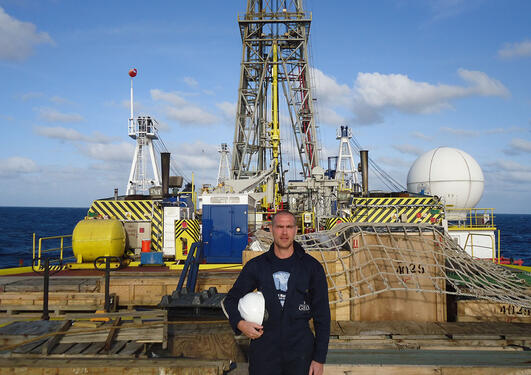 Our scientist-at-sea, PhD student Steffen Jorgensen, aboard the JOIDES Resolution sends his last report: after 2 months at sea, he is heading home.