Excellent Results from a Centre of Excellence

In 2007 the Centre for Geobiology (CGB) was established through the Research Council of Norway’s Centre of Excellence Scheme. This week Centre post-doc, Steffen Leth Jørgensen, is one of the first author’s on a ground-breaking paper that is published in Nature.

The Nature paper, “Complex archaea that bridge the gap between prokaryotes and eukaryotes”, can be said to epitomise the Research Council’s goal for its Centre of Excellence Scheme, which is to “seek to achieve ambitious scientific objectives through collaboration and long-term basic funding.”

An interest in Archaea

Leth Jørgensen is representative of the new generation of geobiologists that CGB is training. A recent master graduate when the Centre opened, Leth Jørgensen was interested in Archaea, a group of micro-organisms discovered in the 1970s; a discovery that overturned many basic biological beliefs in its time. His main PhD supervisor, Christa Schleper, is one of the Centre founders and a renowned, international Archaea expert (another first author on the paper is also a former Schleper student, Anja Spang). Archaea are simple, single-celled organisms (prokaryotes), but amazingly, they share characteristics with more complex, multi-celled organisms (eukaryotes).

When, as part of his PhD project, Leth Jørgensen was analysing the sediments collected around the newly discovered Loki’s Castle hydrothermal vents during the research cruise in 2008, it was not clear what such analyses could reveal. The wide spread existence of microbes in the deep sub-sea floor was just beginning to be demonstrated. Researchers were unsure to what extent the microbes were actually alive and if so what functions they might have and what they could be living on. In addition, researchers were beginning to question the potential impact such deep subsurface microbial communities might be having on global element cycling. Furthermore, the technological and analytical challenges involved in sampling and analysing such microbial communities were significant.

Microbial ecologists recognised early on that they could not build accurate microbial community descriptions from techniques that were based on isolating individual species. Indeed, many microbes cannot be isolated easily, if at all. Therefore they began to develop techniques for analysing whole microbe communities, using first the DNA to find out what kind of genes are present, then RNA to determine which genes are active, then proteomics, to find out what functions are on-going: the so-called “omics” approaches. Researchers at CGB have been active in developing and using these approaches. Approaching from the other side of the geo-bio equation, other Centre researchers have developed statistical tools to explore geological correlations. Leth Jørgensen joined forces with these Centre researchers thereby bridging the gap between microbial ecology and geochemistry. This resulted in a PNAS paper in 2012.

Leth Jørgensen represents the second generation of scientists in the young field of geobiology (he completed his PhD in 2013) – ones who have received their training in a multi-disciplinary environment. At CGB, Leth Jørgensen is now a co-leader of the Deep Biosphere Research Theme. His unique CGB geo-bio training and his collaborations with researchers with diverse backgrounds and specialities, made it possible for him to determine that in certain sediment horizons in the cores from around Loki’s Castle, defined by specific geochemical criteria, there was an unexpectedly high abundancy of a new kind of Archaea.

While Leth Jørgensen says that he is more interested in the ecological significance of his findings, some of his collaborators were more interested in the evolutionary ramifications. In particular, Thijs Ettema, the paper’s last author, was able to determine that the genome of this unique Archaea, Lokiarchaeota (Loki) – now identified as a new Archaea phylum – places it as the closest relative to the complex cells of eukaryotes. This finding makes a significant contribution to increasing our understandings of the origins of life. The Loki confirm that a dramatic revision of the current 3-branched tree of life is needed (see figure) reducing it to a 2-branched tree. Complex life, including plants and animals, being only a small subset of branches on the Archeal part of the tree.

Learn more about the article in the Upsala University Press Release (see attachment).

This research underlines the importance of the Research Council of Norway’s Centre of Excellence scheme. In providing funding for ambitious, long-term, basic research programmes, the scheme enables researchers to undertake projects that may be important for increasing our fundamental scientific knowledge, but for which the final results are completely unknown. As a Centre of Excellence, CGB was able to bring together a group of top Norwegian researchers, providing them with a forum for engaging with international experts, and enabling them to develop new technologies and methodologies. There was never any guarantee that this would lead to today’s publication; a ground-breaking finding that over-throws our previous understanding of the biological world.

Nature paper: Complex archaea that bridge the gap between prokaryotes and eukaryotes

NEW: BBC article "A microbe no one has even seen could explain our origins"

*As of the time of publication, this article has been cited in the press over 300 times!
and already in Wikipedia: Lokiarchaeota
example from the press with a radio interview

Interview with Steffen Leth Jørgensen from the research cruise summer 2008 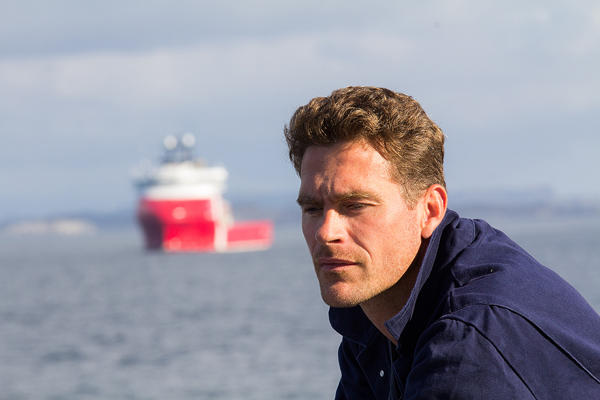 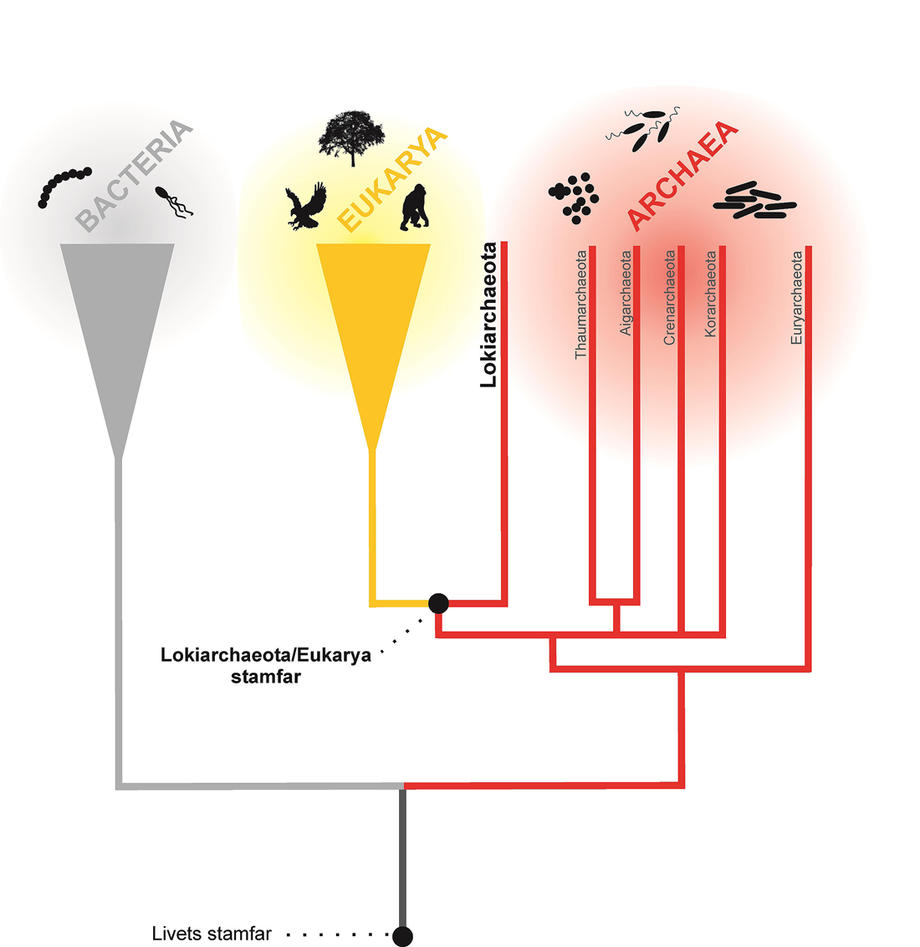