See what projects the Water-Rock-Microbe & the Deep Biosphere theme is working on now! (Updated June 2014)

Researchers within the theme on water-rock-microbe interactions and the deep biosphere have continued to build on results from previous years. We have now been able to verify correlations between the abundance of uncultured microbial groups and specific geochemical parameters in the deep-sea sediments of the Knipovich Ridge rift valley north of Loki’s Castle vent field. We are currently using this information in an attempt to culture and characterize these hitherto undescribed organisms.

We collected new sediment cores in summer 2013 from the flank of the Mohns Ridge. These cores come from locations that have not been studied previously. We are now working to describe the microbial communities from these cores as well as trying to understand the geochemical processes on-going at these locations. These new results when combined with our previous results from the rift valley sediments will provide us with a broader understanding of the ecosystem within the seafloor in the Arctic.

Although the annual CGB cruises are of great importance to our research, participation in IODP cruises is also an important activity. Deep-sea sediments drilled during the IODP 336 expedition to North Pond, at the western flank of the Mid-Atlantic Ridge, were the focus of research in 2013. The aim of this work was to elucidate the significance of the nitrogen cycle within the deep biosphere. Our preliminary results have shown that microbial-mediated redox reactions involving nitrogen compounds are prominent throughout the entire sediment column in the cores from North Pond. These results suggest that the nitrogen cycle in this type of marine setting is much more pronounced than previously thought and seems more important than other major geochemical cycles, e.g. the sulfur cycle.

Researchers from this theme have also been investigating mine tailings in some Norwegian fjords. The results have revealed elevated levels of heavy metals in the pore fluids of these mine tailing deposits compared to background levels in sediments some distance away. Despite similar low contents of organic matter, the deposits show highly variable redox conditions from no to nearly complete sulphate depletion combined with high methane content. The different redox conditions likely reflect differences in the composition and the chemical treatment of the tailings prior to deposition. Further analyses are needed to evaluate how these factors influence the mobility of the heavy metals in the deposits.

Researchers from this theme have also worked closely together with researchers from the other themes to study the formation of low-temperature hydrothermal iron-deposits at the Jan Mayen vent fields. We hope to use these deposits as modern models for ancient iron formations.

Theme researchers have also been involved in a study of input and dispersion of hydrothermal volatiles, heavy metals and rare earth elements in deep-sea plumes from the Arctic vent fields. Preliminary results indicate that the hydrothermal components are quickly transported for significant distances by strong currents, providing nutrients for organisms in the Norwegian-Greenland Sea. 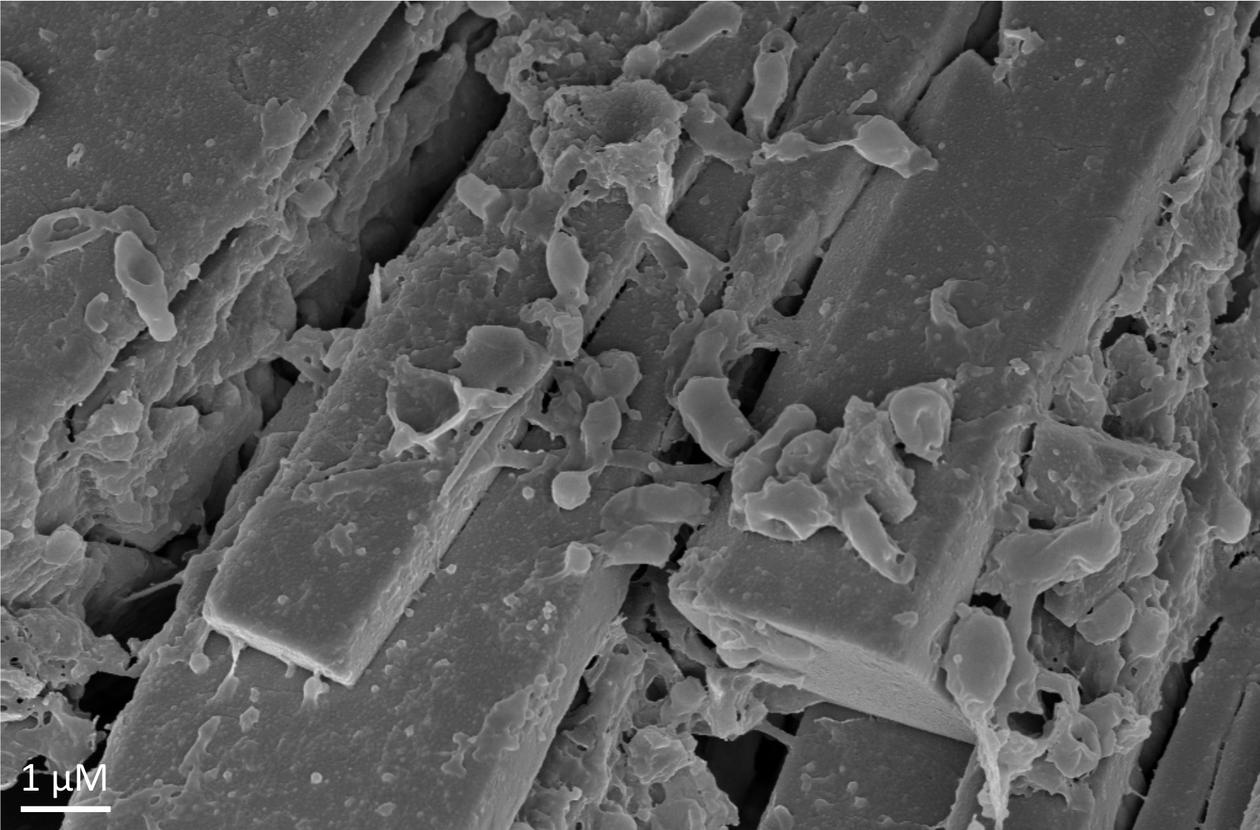