Skip to main content
Centre for Geobiology
Article in Science

Bjarte Hannisdal is co-author of a new paper in Science that shows that long-term changes in marine animal diversity may have been linked to the Earth's geological evolution over the last 500 million years.

Simply stated, the study suggests that the evolution of Earth’s biology has been intrinsically linked with the evolution of its geology; that the interacting components of Earth as a system have shaped the evolving biosphere.

Centre Leader Rolf Birger Pedersen says that the work underlines the inter-disciplinary nature of Geobiology: researchers need to cross discipline lines when they try to understand the big geobiological questions in science, such as the origins of life, changes in biodiversity (such as mass-extinction events), climate change, the implications of the recently discovered deep biosphere etc.

The discipline of Geobiology is a relatively new one and is based on multi-disciplinary and collaborative research. In the 4 years since the CGB began, Pedersen explains, its researchers have become much more multi-disciplinary in their approach and understanding. He says that together they are engaging in research that increases our understanding of Earth systems, including both the geosphere and the biosphere, from modern back to ancient times.  According to Pedersen, this new paper in Science is a very good example of this because the authors obtained their results by combining data sets with information about biology, geology, and geochemistry.

Hannisdal, a researcher at CGB and the Department of Earth Science, explains that he and his co-author, Shanan E. Peters of the University of Wisconsin-Madison, combined data from these state-of-the-art data sets for a period extending back in time over 500 million years; a time period geologists call the Phanerozoic Eon. This is the period of Earth history for which there are abundant fossils preserved in the rock record. During this period, he adds, plate tectonic movements drove the assembly and breakup of the supercontinent Pangaea. In addition, the continents were repeatedly flooded by shallow seas throughout this time period, which in turn, affected the amount of sedimentary rock formed at any given time – the sedimentary rock where fossils are found.

According to Hannisdal, many hypotheses have been suggested over the years to explain the relationship between biodiversity and environmental change. What is new in this paper is the combination of data sets used and some of the unexpected relationships between the factors that they have discovered. For example, they found a linkage between marine diversity and global sulphur cycling, which opens up a range of new questions for geobiologists.

Hannisdal and Peters have selected the images included here to illustrate their arguments. (all images a clickable to access a larger version)

The top image shows fossil snails known as turritellid gastropods. The snails are about 13 million years old and represent a class of marine organisms that contribute substantially to fossil marine diversity. The specimen is part of the collection of the UW-Madison Geology Museum. Photo: Shanan E. Peters.

The next image shows some fossil horn corals. The corals are about 450 million years old and represent a group of marine organisms commonly found in the fossil record. The specimen is part of the collection of the UW-Madison Geology Museum. Photo: Shanan E. Peters.

The third image shows a thick succession of Cambrian through Mississippian marine sedimentary rocks exposed in Montana. These rocks record the coming and going of shallow seas, which this study shows affects both biodiversity and patterns of sedimentation. Photo: Shanan E. Peters.

The larger image below shows a thick succession of Cambrian marine sedimentary rocks exposed in Montana.  These rocks record the coming and going of shallow seas, which this study shows affects both biodiversity and patterns of sedimentation. Photo: Shanan E. Peters.

Read the paper in Science.

Read more in Norwegian from Aktuelt 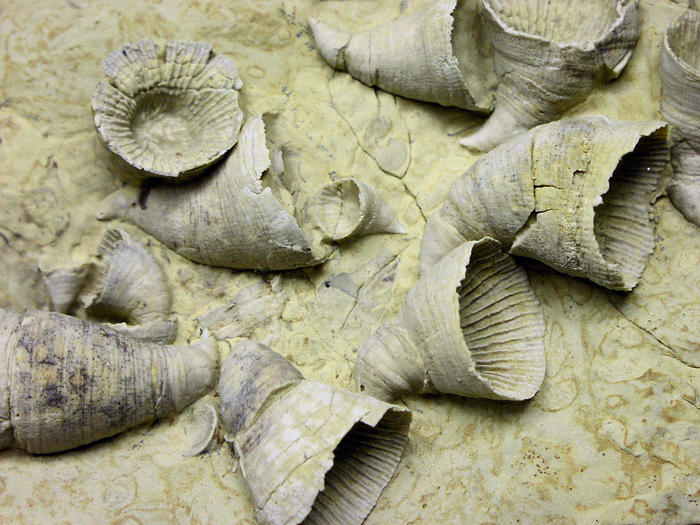 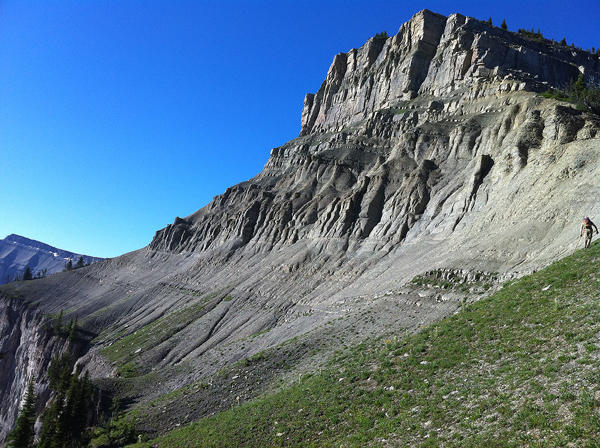 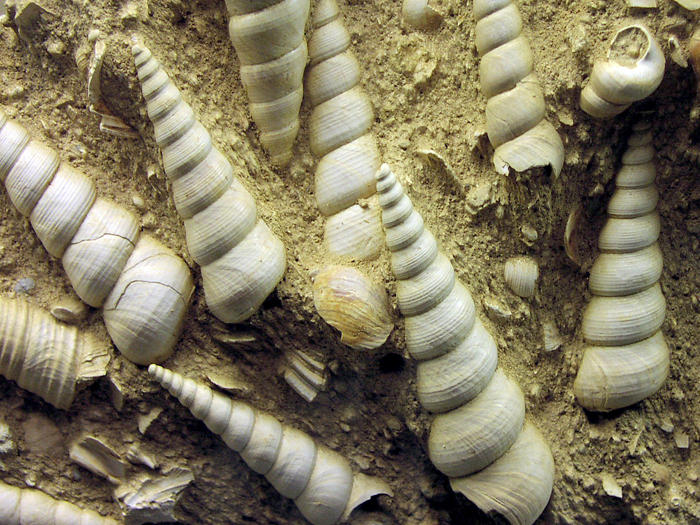