How does the Earth’s oceanic crust form?

Romain Meyer, a researcher at the Centre for Geology, was a member of the team. The story actually began nearly 20 years ago when Centre leader, Rolf Birger Pedersen, was involved in a drilling mission to the Hess Deep in 1994. The international team of researchers involved in this drilling effort recognised the need for more “in situ” information and in 2001 they collaborated to write a proposal that resulted in Integrated Ocean Drilling Program Expedition 345. (Expedition proposal)

The Expedition recovered the first ever continuous core section of primitive, mineralogically layered, gabbroic rocks crystallized in a magma-reservoir located nearly 4 km beneath the surface of the crust. Meyer is co-author of a Nature paper, “Primitive Layered Gabbros from Fast-Spreading Lower Oceanic Crust”, where the results of the ship-board examinations of these unique drill cores collected are presented.

While scientists have long been interested in learning more about the history and dynamics of the Earth’s crust, the cost and challenges involved have been beyond the resources of any one institution or country. Interest in forming an international effort began with the earliest coring advances in the 1940’s. “Scientific ocean drilling represents one of Earth sciences' longest running and most successful international collaborations.” (IODP History) Since the 1960’s there have been several scientific drilling programmes. The latest, the Integrated Ocean Drilling Program (IODP), was formally established in 2003. Harry Hammond Hess was one of the early pioneers of ocean drilling. In 1961 he wrote:

“The accretion of new ocean crust at mid-ocean-ridge spreading centres is one of the fundamental processes of Earth evolution. Understanding the nature of the crust and mantle and the underlying geologic processes that form them is an ongoing fundamental justification for drilling in the ocean basins.”

It is fitting that IODP Expedition 345 headed to the ocean floor feature named after him, Hess Deep, “to test competing hypotheses of magmatic accretion and hydrothermal processes in the lower ocean crust”. (Expedition proposal additional information)

The Hess Deep rift valley is located in the fast-spreading East Pacific Rise, about 1000 km east of the Galapagos Islands. The site has long been identified as a “tectonic window”, providing unique access to exposed lower crust as rifting in this area has exposed crustal rocks that were previously deeply buried. Several research cruises have sampled magmatic rocks by drilling, ROV, and submersible on the sea floor in this area. During Expedition 345, researchers aimed to complement these earlier findings with information about deeper rocks only accessible by drill cores.

Meyer explains that crust formation is a complex and dynamic process. He says that three-quarters of new ocean crust formed at fast-spreading ridges is composed of magmas crystallized within lower crustal settings. These crystallized mineral assemblages, textures and compositions record the history of melt transport from the mantle into the crust and interaction of that melt with the surrounding crust. However, he adds, despite the exceptional significance of such rocks, it is extremely challenging to try to sample them in situ due to the presence of overlying sediments and lavas. He points out that the models geologists have developed for understanding the formation of the oceanic crust are largely based on geophysical studies and use ancient terrestrial analogues (ophiolites), which probably did not form at typical mid-ocean ridges.

Meyer says that by finding these layered magmatic rocks in a modern ocean crust, the researchers have confirmed longstanding predictions and refined our hypotheses about how oceanic crust forms. He explains that in the Nature paper the expedition researchers present their initial, ship-board petrographic observations and geochemical analyses of the core rocks. These are combined with previous data obtained for shallow-level rocks, and result in the first robust composition estimate of the bulk chemical oceanic crust, formed at a fast-spreading ridge.

In collaboration with others, Meyer is undertaking further high-resolution studies of the drilled well-defined layered oceanic section. He explains that the new data he is now generating should be able to assess the role that layered crustal rocks play during oceanic crust formation and provide more information about magma migration at the mantle - crust transition.

The Nature article also presents an unexpected result. The team discovered the mineral orthopyroxene within these drilled primitive deep crustal rocks. As orthopyroxene is in these rocks an early crystallizing phase, its presences challenges current models of melt evolution of the world’s dominant erupting volcanic lavas (mid-ocean ridge basalts, MORB). Meyer is now beginning a new research project, in close collaboration with the University of Hannover (Germany), to study the physical and chemical conditions necessary for the early formation of this mineral.

Read the IODP Press release about the findings

More information about Expedition 345 on the IODP web site 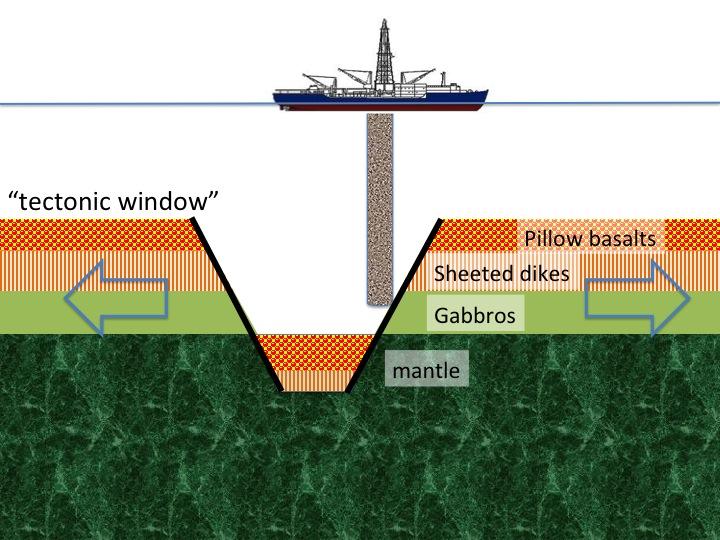 Cartoon of the tectonic window the Hess Deep site provides 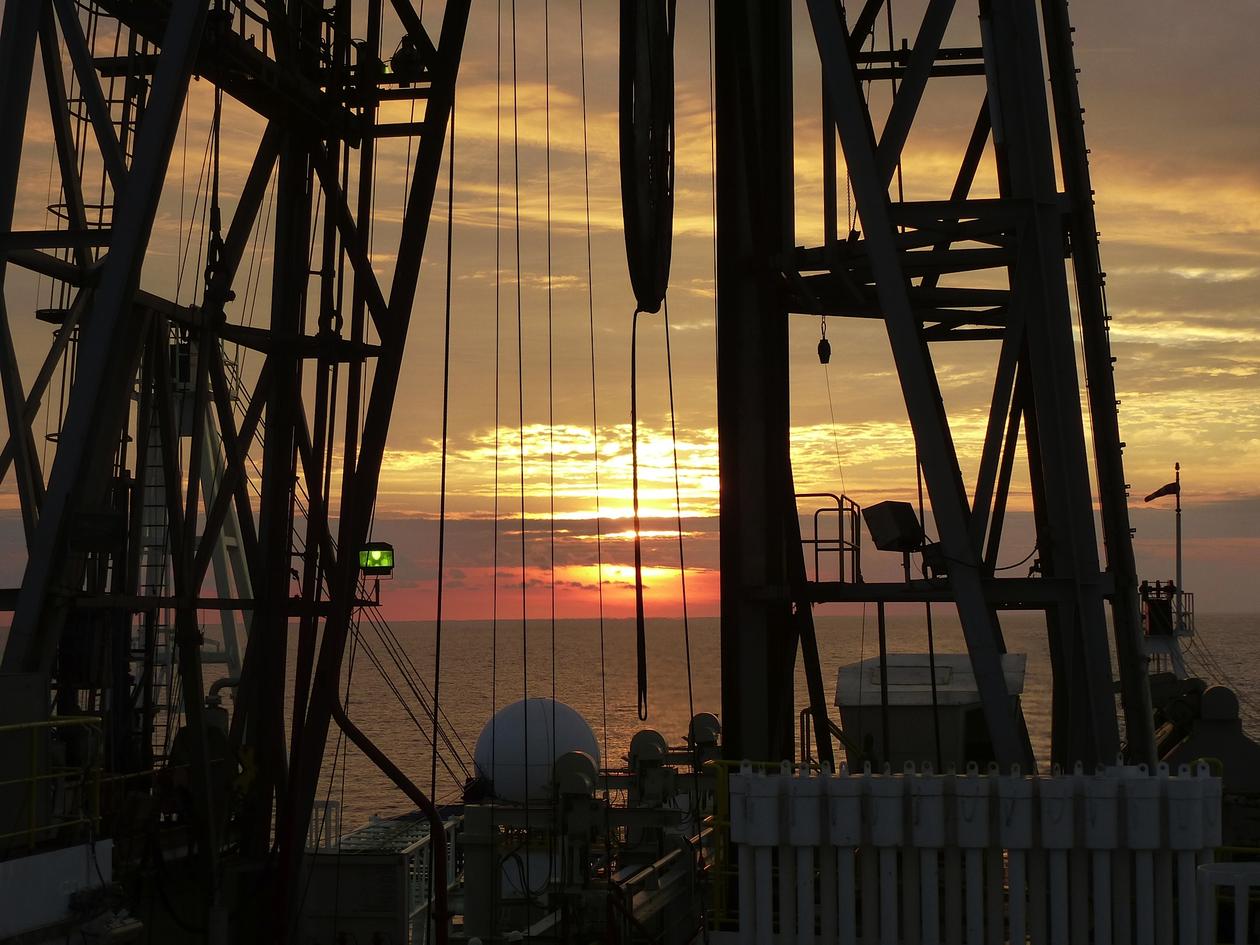