Studies of the earliest life forms on Earth can provide insights into how to look for traces of possible life on Mars.

What does habitability mean? Quite simply, it means liveable. The definition of the limiting conditions for life has expanded dramatically in recent decades. Today’s “bottom line” includes: liquid water, carbon, energy source, and nutrients.

The planetary habitable zone is the zone where it is possible to have water existing as a stable liquid on the surface of the planet. When our solar system first began to take shape the sun was weaker and the early Earth may not have been in a habitable zone (Mars was definitely not). Nevertheless both planets had liquid water at their surfaces for various reasons – the planets were hotter and they had dense atmospheres of carbon dioxide possibly mixed with other greenhouse gases that ensured the preservation of water at their surfaces. Mars may even have had a small ocean in its northern hemisphere. Thus early Mars was habitable and may have, in fact, resembled the Earth of the Archaean period

Researcher Frances Westall is not sure that we may find evidence of living organisms on Mars today, but she believes that there is a chance we will find evidence that clearly demonstrates that life has once lived on Mars. Westall says that finding traces of life is dependent on knowing what to look for and how to recognise the evidence if and when we find it. It could even be that life on Earth originated on early Mars. The red planet is smaller than the Earth and it cooled faster. Liquid water would have condensed on its surface well before it did so on Earth. If life appeared on Mars before it appeared on the Earth, it could have been transported to Earth via a meteorite – meaning that we might be descended from Martians! (Read about the research on Martian meteorite ALH48001 and more about the unlikelihood of panspermia – the seeds of life on earth being sown from an extraterrestrial body)

The search for life takes a lifetime!

Frances Westall is a member of the CGB Scientific Advisory Committee. She is Director of Research at the Centre for Molecular Biophysics, a CNRS lab located in Orléans, France (read an interview in French) and the European Space Agency’s ExoMars’ microscope team coordinator. She visited CGB recently and gave a fascinating presentation about the science (and compromises) involved in preparing for a Mars Mission.

If only a geologist could spend a day on Mars!

Unfortunately this is not possible; researchers and policy makers have to try to balance the ideal with the possible in terms of planning a mission to Mars. Since 1996 Westall has been a part of the team planning the ESA-NASA ExoMars missions – a truly international cooperation between Europe and the USA. (Read more on the European Space Agency website.)

Questions being addressed by Westall and CGB:

The European space Agency believes that human beings have an innate need to explore and understand, and that space exploration is a natural outgrowth of this. Mars is the first step.

Listen to Westall talk about her experiences and activities. 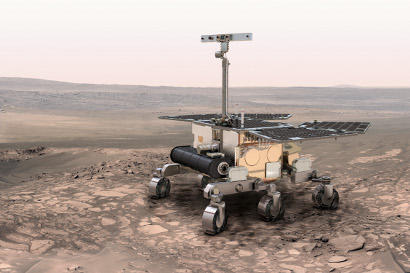 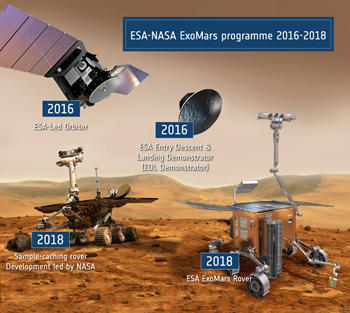 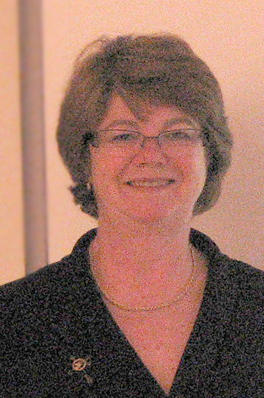