Worms from hell: Discovering multi-cellular life in the deep biosphere.

It is one thing to accept the fact that single-cell microorganisms have been discovered deep under the surface of the earth and seafloor in such numbers that scientists speak of the deep biosphere; researchers have now discovered larger, more complex, multi-cellular organisms deep within the earth as well!

Antonio García-Moyano, a post-doc researcher at the Department of Biology and the Centre for Geobiology (CGB) at the University of Bergen, has been part of an international team that has found many examples of living nematodes or roundworms in fracture water in deep mines in South Africa at depths as great as 3.6km.

Nematodes are one of the most abundant, diverse, and environmentally tolerant groups of multi-cellular organisms on Earth. The team or researchers found several different species including one that is new to science. Environment data supports the nematodes as being indigenous to the palaeometeoric water  (ancient groundwater) found in the deep fractures. The water was dated as being 3000-12 000 years old. The research group’s findings are described in the 2 June edition of Nature.

The researchers believe that these subsurface nematodes tolerate high temperatures, reproduce asexually, and primarily feed by grazing on biofilms of subsurface bacteria. Their results clearly demonstrate that deep ecosystems are more complex than previously believed and this has important implications for the search for subsurface life beyond Earth. 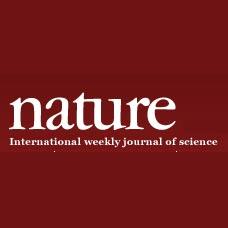