A chance discovery of a sunken log on the seabed in the North Atlantic is providing concrete support for the idea that stepping stone habitats may help to explain the diffusion of populations of organisms across the deep seafloor.

To conduct deep sea science, researchers must overcome a number of significant technological challenges. When I was lucky enough to be on board the RV G.O.Sars summer 2007, I was able to witness some of these challenges first-hand. Much like the RV Michael Sars was in its time, in 2007 the G.O.Sars was a state-of-the-art, newly built research vessel (RV) equipped with state-of-the-art technology. The Michael Sars was used in the ground-breaking 1910 expedition. Between the two vessels there are 100 years of technological developments!

Summer 2007, the camera “eyes” of the ROV (Remotely Operated Vehicle) made a chance discovery. The remote images revealed a log lying on the seafloor, 2700m down. The location was noted, but unfortunately, the tightly planned research cruise activity schedule prevented any further investigation at that time.

Over a week later, on the last working day of the cruise, the ship’s crew were able to return to the site, manoeuvring both the ship and ROV to the exact location again. A portion of the reclining log was collected for study. In terms of localisation alone, such precision is well beyond what the 1910 researchers could have ever dreamed of.

Subsequent studies have revealed that the log is Siberian pine. One of the organisms found living in the wood has now been identified as a new species of amphipod, a group (order) of crustaceans. Its scientific characterisation has recently been published. The new species has been classified as belonging to a new genus of amphipod, called Exitomelita. This genus itself was recently erected following the discovery of a new amphipod species on the chimneys of the hydrothermal vent field, Loki’s Castle, which is located at the corner where the Mohns and Knipovich Ridges meet, only 16 km from where the log was found. Learn more about the Loki Castle amphipod: Exitomelita sigynae genet sp. nov.: a new amphipod from the Arctic Loki's Castle vent field with potential gill ectosymbiont.

How do organisms survive in the deep?

Technology developments have been slowly increasing our knowledge of deep sea organisms. In the last 150 years we have gone from initially not believing anything could live in the deep sea below where there was input of light energy from the sun, to learning, to our tremendous surprise, that life is indeed present at great depths in the sea and that in some deep sea locations, such as hydrothermal vents, it is even thriving. We now understand that while life is dependent on energy, this energy can be light (sun) or chemical based.

A very simplified food-chain based on chemical energy first starts with the chemical source. The energy sources for organisms in such habitats, now termed reducing habitats, are high concentrations of reduced chemical species, such as H2S, H2 and CH4. Examples of reducing habitats include locations such as vents, seeps, and natural biological falls, such as whale carcasses and logs. Chemosynthesis involves microbial organisms working together in consortia to harness the chemical energy contained in reduced compounds. This energy is used to produce biological building-blocks such as glucose, which can be used as an energy source by larger organisms.

Reduced habitats are not continuous either in geography or time. Most reduced habitats have finite lifetimes as the supply of reduced chemicals becomes depleted. What happens to the members of a chemosynthetic community when their energy source “dries up”? What mechanisms have enabled similar organisms to be found in extremely widely dispersed locations in the deep sea?

Researchers have been hypothesising that temporary habitats, such as wood falls and whale carcasses, in addition to vents and seeps, might serve as “stepping stones” that facilitate the spread of organisms across the deep sea. Programmes have even been initiated where researchers deliberately sink whale carcasses and structures containing substances such as bone and wood in various seabed locations in order to be able to follow the biological community development over the lifetime of such a “stepping stone”. However, it is one thing to hypothesise about such a process; to actually find a natural wood fall far out on the seafloor of the North Atlantic was a stroke of extremely good fortune. 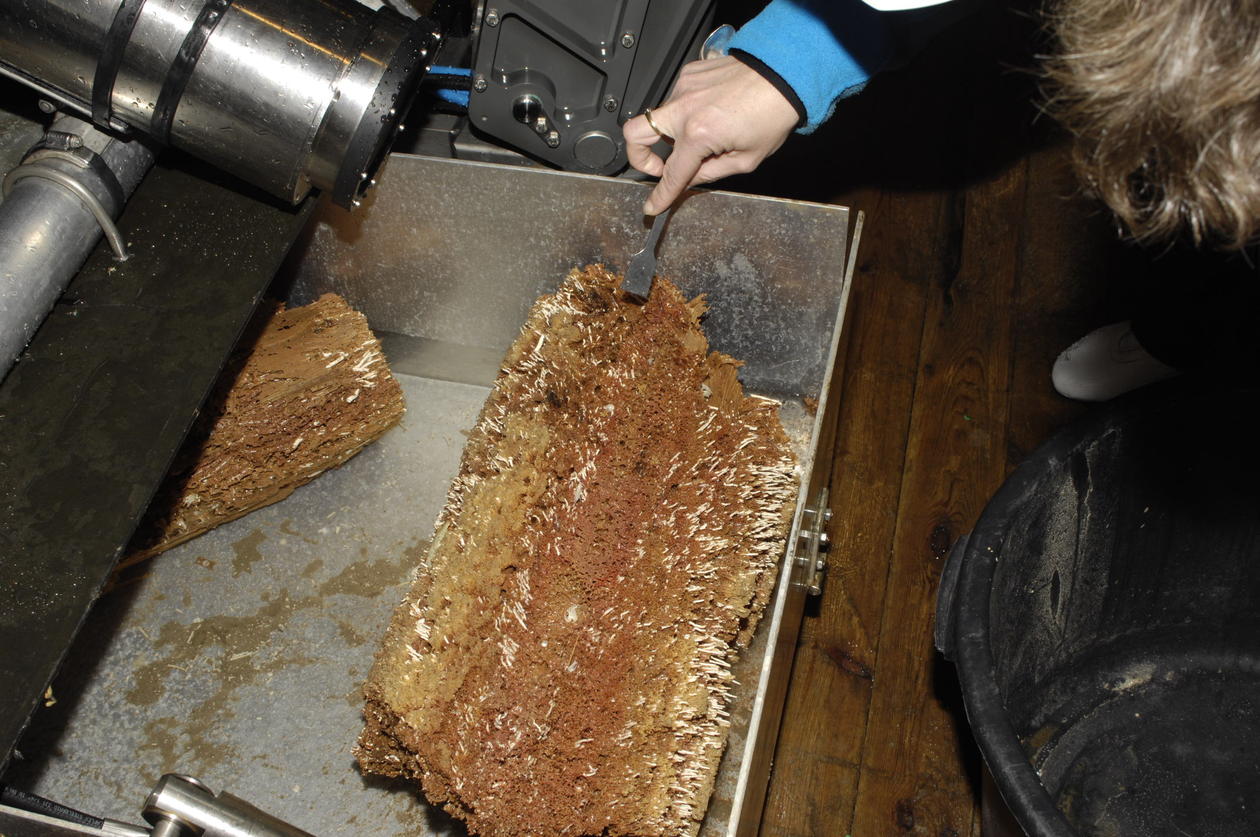 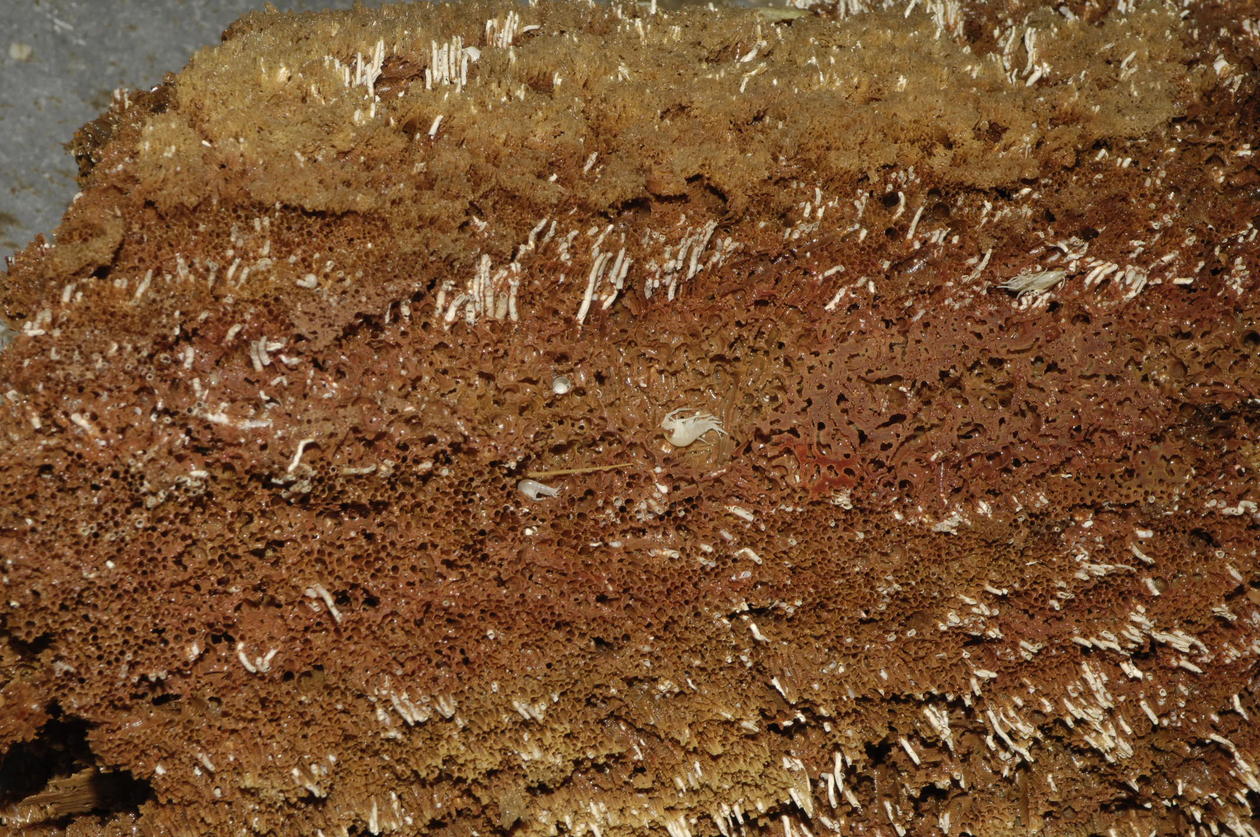 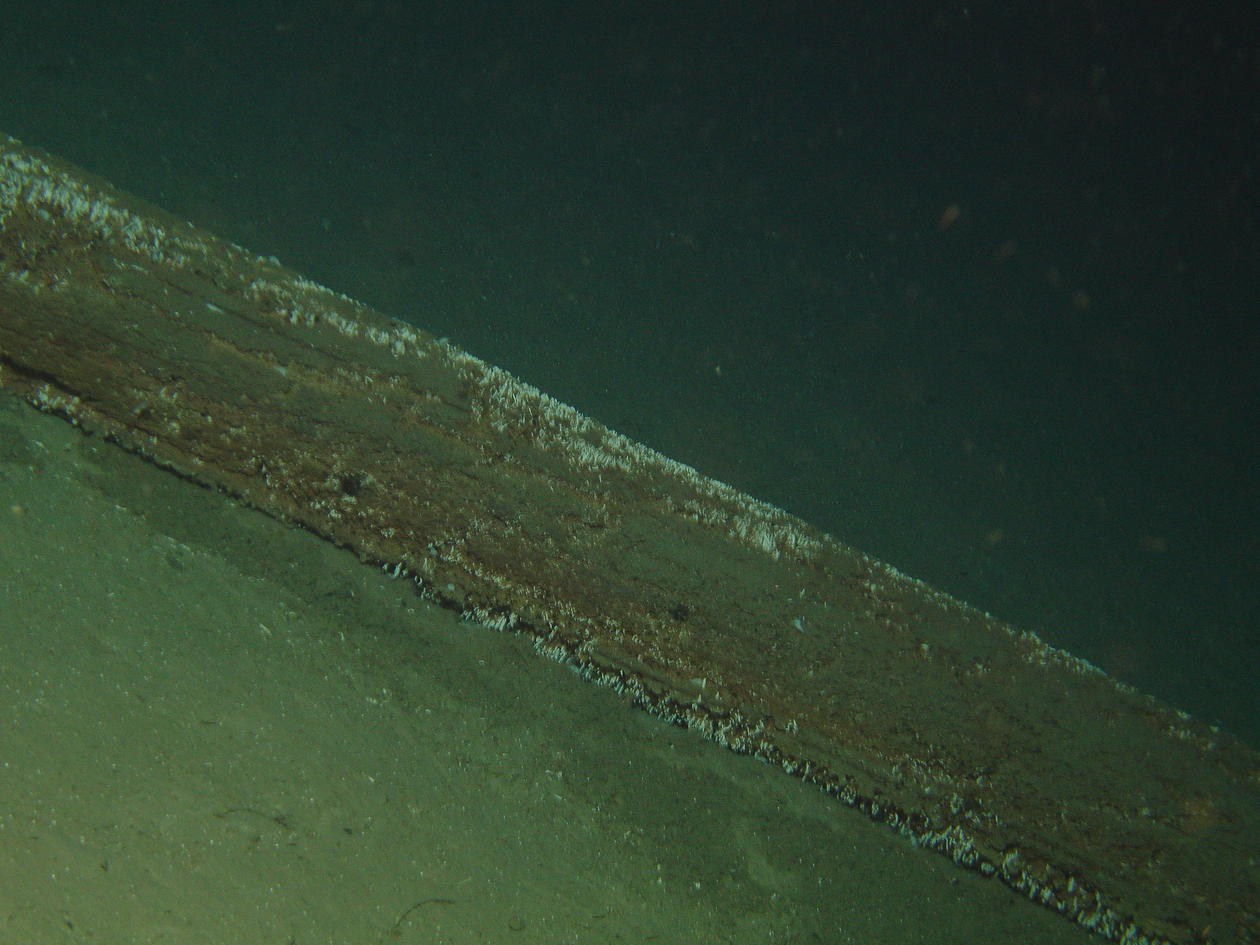