The 2013 summer cruise was extremely fruitful: at least five new venting areas were located and a large shallow volcanic area was explored. The goal of the Arctic marine expedition was to investigate the areas west and northeast of Jan Mayen Island. Here, in the middle of the Norwegian-Greenland Sea, the Arctic Mid-Ocean Ridge (AMOR) passes this volcanic island. Oceanic crust is formed along the AMOR by volcanic and tectonic activity at a rate of around two cm. per year.

R/V G.O. Sars carried the science team from Bergen to the first study area located around 100 km northeast of Jan Mayen. This area has known venting sites previously discovered by CGB, however the extent of the area had not been surveyed, meriting a full analysis.

The team began their exploration by returning to known venting sites to test a new search tool. It is difficult and time consuming to detect a rising hydrothermal plume with chemical sensors and vent sites may be overlooked. In water shallower than 1000 m, CGB scientists now use novel water column acoustics to “see” gas bubbles produced from vent fields. After testing and tuning the technique at known vent sites, the survey team explored beyond the known extent of venting uncovering two new hydrothermal areas. Both are releasing volcanic gases to the water column, and based on previous sampling from the nearby Troll Wall vent field, we assume that the gases predominantly consist of CO2. Deployment of CO2 sensors in the area also documents that venting results in local acidification of the seawater. The Jan Mayen vent fields are truly a natural laboratory for studying the effect of acidification of Arctic marine environments, and deployment of semi-permanent observation platforms are now being planned.

Following the vent discoveries at the southern part of the Mohns Ridge, the science team shifted its attention to the unexplored part of the Kolbeinsey Ridge west of Jan Mayen. Except from at its southernmost termination, where the ridge meets the Icelandic shelf, no active hydrothermal vent fields have previously been located along the Kolbeinsey Ridge. Therefore an extensive survey was conducted, mapping the seafloor and observing the water column for possible shallow hydrothermal venting. The bathymetry revealed many large flat-topped volcanoes dotting the seafloor along the ridge - some almost breaking the sea surface. After days of survey, the water column imaging eventually detected a veritable forest of bubble plumes emitting from several of these volcanoes.

The expedition continued with a systematic search for vent sites northward along the AMOR. Three venting areas were located in deeper waters using chemical and physical sensors. CGB’s exploration of the Arctic ridges have now resulted in the discovery of a number of venting areas, ranging in depth from one hundred to several thousand meters. Depth and geology control the fluid composition and the fluid flow, which again yields mineral deposits of differing size, mineralogy and economic potential. The water depth and the fluid composition also control the micro and macro fauna living at the vent fields. The 2013 discoveries will certainly result in new knowledge about the unique Arctic vent fauna first seen at the Loki’s Castle field when it was discovered in 2008. Continued studies of the genes and proteins of the micro fauna from this range of hydrothermal habitats will also yield new knowledge about the functioning of hyperthermophiles and – possibly - deeper insight to the roots of life. In the meantime we are looking forward to deploying our new ROV and for the first time see the beauty of these deep-sea natural treasures.

Seafloor mapping on the Kolbeinsey Ridge.
Photo:
Centre for Geobiology 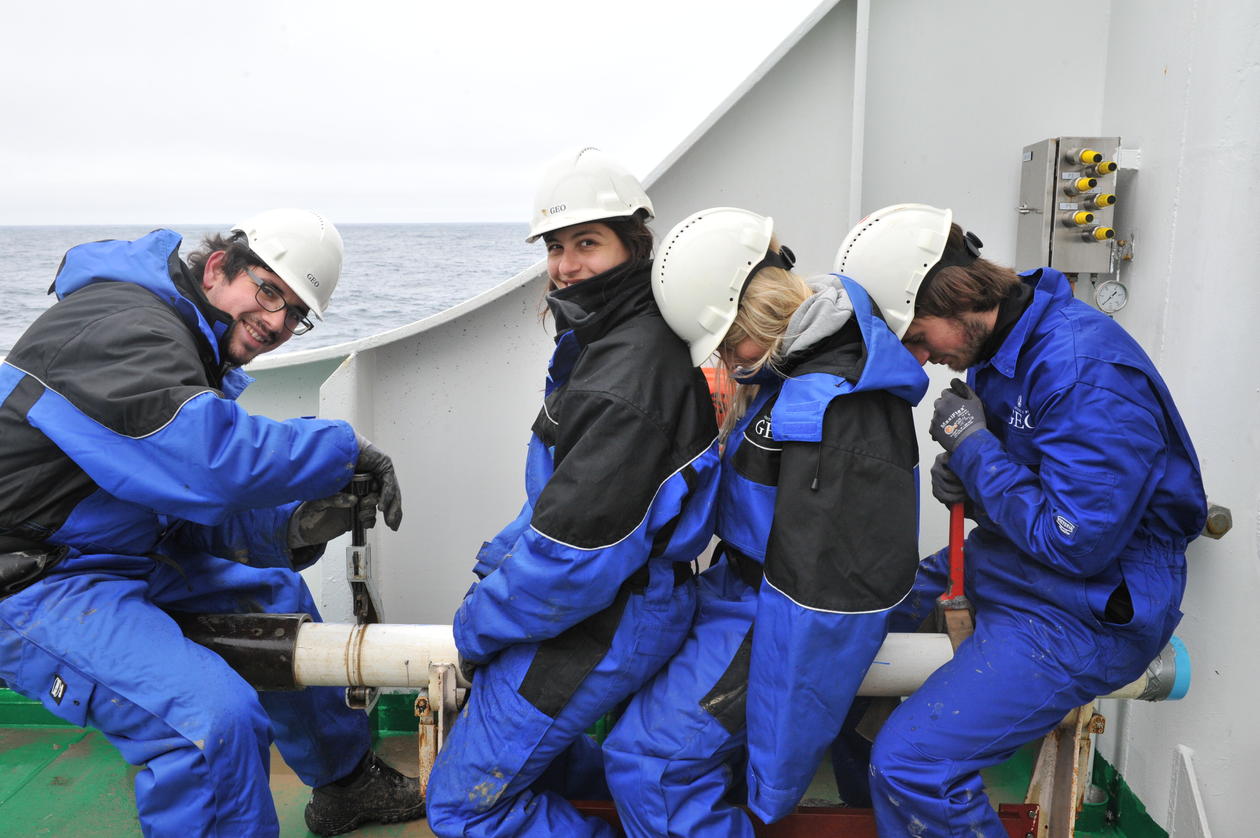 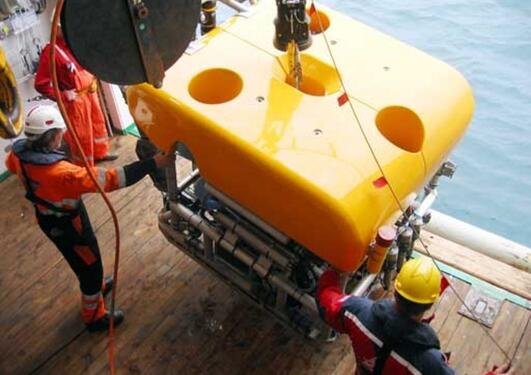 This week (44, 2013) the Centre for Geobiology was awarded 46 million Norwegian krone from the Norwegian Research Council to fund the development of an ROV system. 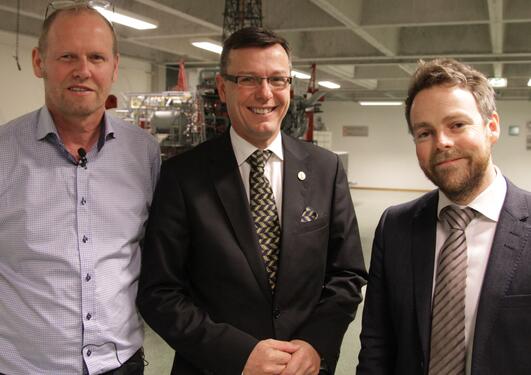 A Visit from the Minister of Education: CGB present and future

One of the seven points in Norway’s new government platform for Research and Higher Education is to develop internationally leading research centres. CGB was demonstrated as a prime example of this goal when Minister Torbjørn Røe Isaksen visited UiB.