Yuangao Qu, a post-doc at the Centre for Geobiology (CGB), was a member of a team who discovered macroscopic fossils from the 1 560 Myr old Gaoyuzhuang Formation in the Yanshan area of North China. The results have been published in Nature Communications.

The article explains that discoveries of macroscopic eukaryote fossils rarely date to earlier than the Ediacaran Period (635–541 million years (Myr) ago). In addition, their interpretation remains controversial as both their cellular structure and phylogenetic affinities remain uncertain.

Macroscopic multicellularity may have evolved early in the eukaryotic domain

The newly discovered fossils provide the strongest evidence yet that multicellular eukaryotes with deci-metric dimensions and a regular developmental program populated the marine biosphere at least a billion years before the Cambrian Explosion (542 Myr ago). They indicate that simple macroscopic multicellularity evolved early in the eukaryotic domain.

The fossils consist of an assemblage of large and unusually well-preserved carbonaceous compressions from the lower Mesoproterozoic ( 1 600 – 1 000 Myr ago), Gaoyuzhuang Formation in the Yanshan area, North China. Their morphology differentiates the fossils from contemporaneous or younger structures formed by the reworking of microbial mats. They are large (decimetre-scale) in size and regular, and are strongly elongated. They more closely resemble macroscopic eukaryotic organisms, especially benthic algae, observed today and in younger rocks. As yet, the phylogenetic placement of these remains is uncertain.

The researchers conclude that these Gaoyuzhuang fossils represent a modest diversity of macroscopic multicellular eukaryotic organisms that lived in shelf areas of early Mesoproterozoic oceans. They provide the most compelling evidence yet reported that eukaryotic organisms had evolved macroscopic form, multicellularity with limited cell differentiation, and (probably) photosynthesis by the beginning of the Mesoproterozoic Era, 1,600 Myr ago.

Such rare pre-Ediacaran (>635 Myr) fossils may reflect processes of preservation rather than simple biological absence. The researchers speculate that continuing research will provide new insights into marine ecosystems in the low oxygen world, and that this may not, in fact, be a ‘boring billion’ year interval in terms of its evolutionary as well as environmental stability.

Qu has been at CGB for more than 7 years. Much of his research work involves using the Raman spectroscopy facilities at UiB’s Bergen Geoanalytical Facility. He used the Raman in his thesis work to study some of the oldest fossil fuel deposits on Earth (“Isotopic and structural characteristics of organic matter in the Paleoproterozoic Zaonega Formation, Karelia, Russia”, defended 18.6.2013). His contribution to the research reported here in Nature Communications involved Raman analyses. Qu says that CGB has many exciting samples that are waiting to be analysed – he hopes to be able to continue to collaborate with the Centre in the future.

Qu is now leaving CGB to take up a position at the Swedish natural History Museum in Stockholm. He writes that he will be working on

1. carbonaceous spherule in the meteoric impact melts at the end of Cretaceous, which induced global mass extinction;

2. Fungi and their microbial ecosystem in the deep biosphere of oceanic crust and seep deposits, by using in situ techniques (Raman, micro-FTIR, SEM-EDS, SIMS, FIB-TEM etc.). 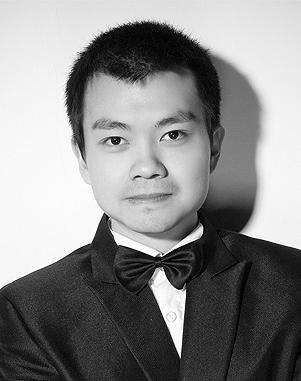