Data interoperability a key for disaster risk reduction in Europe

In a number of European countries, there is a clear imbalance between long-term disaster risk reduction and short-term preparation, according to a new study. With increasing amounts of data, there is a potential for investments in long-term reduction measures, but data availability is not enough. Jenny Sjåstad Hagen, co-author of the study, writes about the importance of data interoperability.

Vilhelm Bjerknes and his son Jacob engaged with the public to teach science, but also to learn about their needs. Today's Bjerknes scientists are just as eager to share their research stories.
Photo:
Bjerknes Centre

Written by Jenny Sjåstad Hagen, PhD candidate at the Bjerknes Centre and the Geophysical Institute at the University of Bergen.

A stronger science-policy interface has long been advocated; yet, recent surveys and interviews with stakeholders and Sendai National Focal Points in Europe conducted by the European Science and Technology Advisory Group (E-STAG) confirm a persistent imbalance between ex-ante and ex-post disaster risk reduction. In a number of countries across Europe, disaster risk reduction is dominated by emergency relief, response and recovery (ex-post), evidently leaving unexploited potential for long-term and short-term prevention and preparedness measures (ex-ante).

As goes unsaid, higher resistance and resilience prior to an event reduce the damage and recovery time. In other words, a greater focus on investments in ex-ante disaster risk reduction – based on available science, technology and data – can benefit the larger region of Europe in mitigating, managing and adapting to natural and natech hazards in a changing climate.

Key to exploiting this potential is the availability, accessibility and interoperability of quality-controlled data. However, while availability of and accessibility to quality-controlled data from remote sensing products, ground sensors and monitor devices continuously increase, several barriers to data interoperability preclude the use for disaster risk reduction-oriented actions. A first step to enhancing data interoperability for disaster risk reduction is identifying heterogeneous factors to these aforementioned barriers originating in non-exclusive domains; this preliminary step is dealt with in the recent article written by a selection of E-STAG members.

Illustrative setup of the role of data interoperability in disaster risk reduction.

As a link between global platforms and national authorities, the E-STAG intends to strengthen the science-policy interface in Europe by providing scientific and technical advice, supporting the implementation of the Sendai Framework for Disaster Risk Reduction 2015-2030, and contributing to the related Sustainable Development Goals.

According to surveys and interviews conducted by the E-STAG, main barriers to data interoperability in Europe originate in the technical, economic and political domains, with prominent examples including lack of standardization, challenges in data disaggregation and restrictive data protection policies. Furthermore, data collected for specific purposes often lack the content, format or metadata needed for transfer and use in other contexts. Data interoperability affects all phases of the disaster risk management cycle from local to national and regional level.

Although initiatives have been established to enhance data interoperability at regional level in Europe – including the recent approval by the European Parliament of the Open Data and Public Sector Information Directive  – this article argues that barriers to data interoperability, once identified, should be addressed directly and bottom-up in order to tackle the imbalance between ex-ante and ex-post disaster risk reduction.

The Sendai Framework is a 15-year voluntary agreement adopted by the United Nations in 2015 intended to reduce disaster risk globally by 2030. The framework consists of four key priorities:

Using 38 indicators, progress on seven global targets are reported by each member state of the United Nations. National Sendai Focal Points comprise the national governmental bodies and entry points responsible for the implementation, review and reporting of the Sendai Framework.

More information about the Sendai Framework can be found here.

The Sustainable Development Goals (SDGs) is a 15-year call to action adopted by the United Nation in 2015. The SDGs comprise 17 global goals:

More information about the Sustainable Development Goals can be found here. 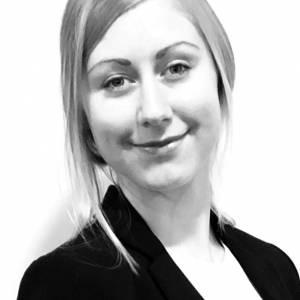