The Dynamic Meteorology group of the Geophysical Institute has been on a trip to the United Kingdom this autumn.

The Dynamic Meteorology group of the Geophysical Institute went on a trip to the United Kingdom from 30 November to 4 December as part of professor Thomas Spengler’s sabbatical at the University of East Anglia (UEA) in Norwich. The visit included a two-day dynamical meteorology symposium at the UEA, as well as a tour to the British Antarctic Survey (BAS) and the European Centre for Medium-Range Weather Forecast (ECMWF).

The two-day symposium focused on atmospheric dynamics at higher latitudes and was held together with professor Ian Renfrew’s group from UEA. Three researchers from BAS also joined the symposium. All participants presented their own work and thereby got to know each other’s research. Various topics were addressed, such as boundary layer dynamics in the marginal ice zone, the influence of sea surface temperatures and the ice edge on the formation and intensification of cyclones, fronts in the atmosphere, polar low dynamics, cold air outbreaks, radiation fog, foehn wind events around Antarctica, and clouds in the polar stratosphere. The research focused on both observational and modeling aspects. In the first evening of the symposium, an icebreaker at UEA allowed the researchers to get to know each other, and Ian Renfrew kindly guided the Norwegian visitors through Norwich by night after eating Scottish seafood specialties at a restaurant. At the end of the symposium, Ian welcomed everyone to his home for a delicious Indian dinner. On the last evening in Norwich, the group attended the famous English play “An inspector calls” by J. B. Priestley at the Norwich Theatre Royal.

On Thursday, Thomas Bracegirdle welcomed the group to the BAS in Cambridge. After an introduction about the research carried out at BAS, the group visited the -20°C cold room, where BAS analyses ice cores from Antarctica and Greenland, as well as the aquarium, with animal species from Antarctica, such as sea stars, shellfish, and sea spiders. After the visit to BAS, the group spent some time in Cambridge, including a punting tour on the River Cam seeing some of the famous and beautiful colleges.

On Friday, the group visited ECMWF in Reading, where Florence Rabier, the new Director General of the ECMWF, gave an overview of ECMWF’s missions and forecast model. Afterwards, Glenn Carver promoted ECMWF OpenIFS, which is a simplified version of the operational forecast model used for research and education. The group also visited the two amazingly powerful Cray supercomputers of ECMWF and a robotically automated tape archive, where incredible amounts of data are stored. Later in the afternoon, the visit finished with a “weather discussion”, presenting the challenges the ECMWF forecast model still faces, despite it being the best numerical weather prediction model in the world. The group enjoyed playing with the screens in the weather room, displaying weather forecast maps, observations, and meteograms, among many other options.

In summary, the trip was very fruitful, and the stay at the different research institutes inspired the participants for their future work. Moreover, the presentations and the following discussions gave everyone useful feedback and the possibility to learn about other topics. Overall, it was a great opportunity for the group to spend some time together and get to know each other also outside the regular work environment. 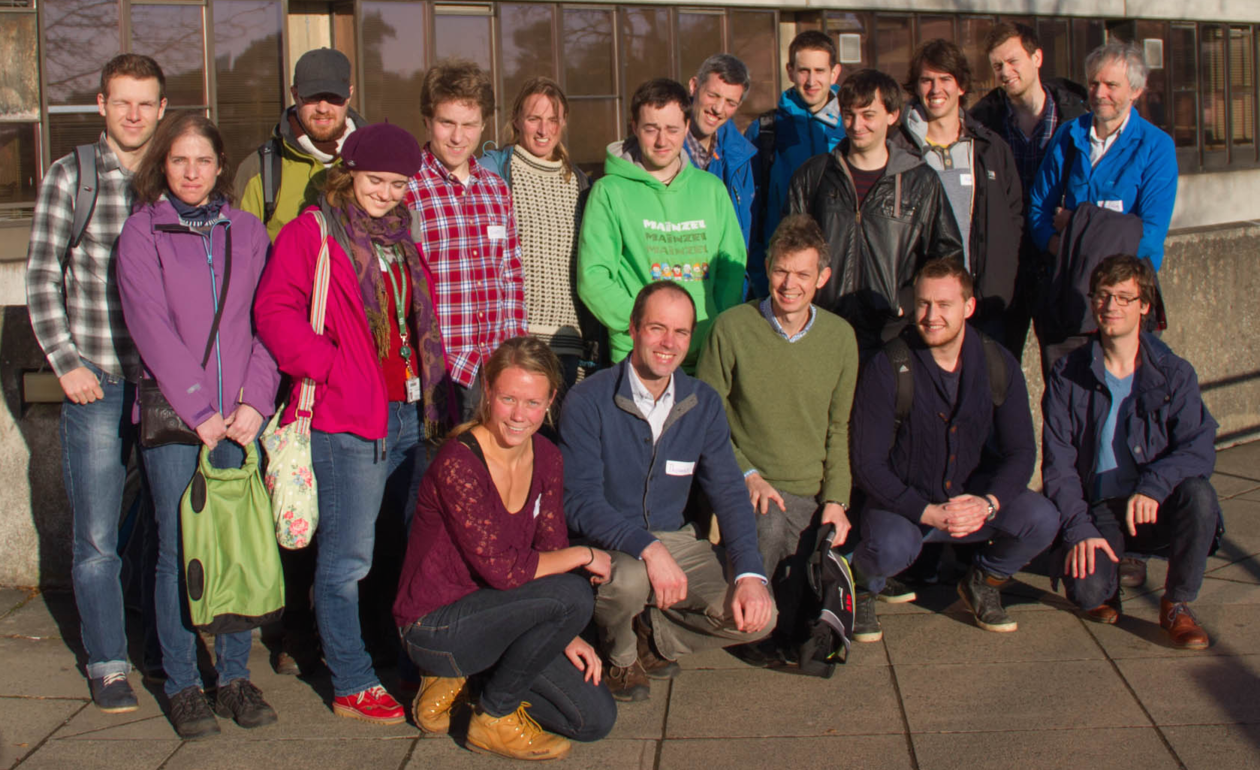