The aim of the meeting was to exchange knowledge and ideas with people working on the SummerTIME (Summer: Testing Influences and Mechanisms for Europe) project, led by Tim Woollings and based at the University of Oxford, whose motivating scientific questions are closely related to jetSTREAM.

In Oxford we met not only the atmospheric community but also the oceanography community, who invited us to attend (and present: Aleksi Nummelin) at their weekly group meeting. The workshop had a turbulent start with a fire alarm, which was fortunately just a planned evacuation practice. After lunch we started with a seminar for a broader audience (Justin Wettstein), followed by overview talks of the two projects by Tim (SummerTIME) and Camille (jetSTREAM). The Wednesday afternoon continued with presentations about the variability of the jet in reanalysis data (Clemens Spensberger, Robert Lee and Erica Madonna).  The discussion carried on at the charming “Door74”, a British restaurant with original chalkboard menu featuring home-cooked dishes.

On Thursday morning we started with presentations about jet and storm track variability in idealized simulations and coupled climate models (Hugh Baker, Chris O’Reilly, Tess Parker, Laura Ciasto, Paul  Hezel and Cheikh Mbenge), and learned more about the predictability of the NAO (Nick Dunstone,  MetOffice guest).  After the coffee break, there was plenty of time for discussion and after lunch on the sunny terrace of the AOPP (Atmospheric, Oceanic and Planetary Physics) Department, there was the possibility to join a guided walking tour through the beautiful student city of Oxford [photo 1].  The day continued with the last talks (Ben Harvey, Albert Osso, Regina Rodrigues) and ended with some drinks and a nice Indian dinner [photo 2].

On Friday we had further interaction time for one-on-one scientific discussions and a seminar given by Joe LaCasce on “The vertical structure of ocean currents”.

Despite the dense program, we had the chance to experience the charm of Oxford. Most of us stayed in historic college rooms at Wadham and University Colleges, having breakfast in the huge college halls (similar to the one in the Harry Potter movie) [photo 3] and wandering through the colleges’ gardens.

Before going back to Norway, some of us visited the medieval building of the Divinity School [photo 4] and the Radcliffe Camera at the Bodleian Library, one of the oldest libraries in Europe and also the main research library of the University of Oxford, with over 12 million volumes housed on 120 miles (190km) of shelving. 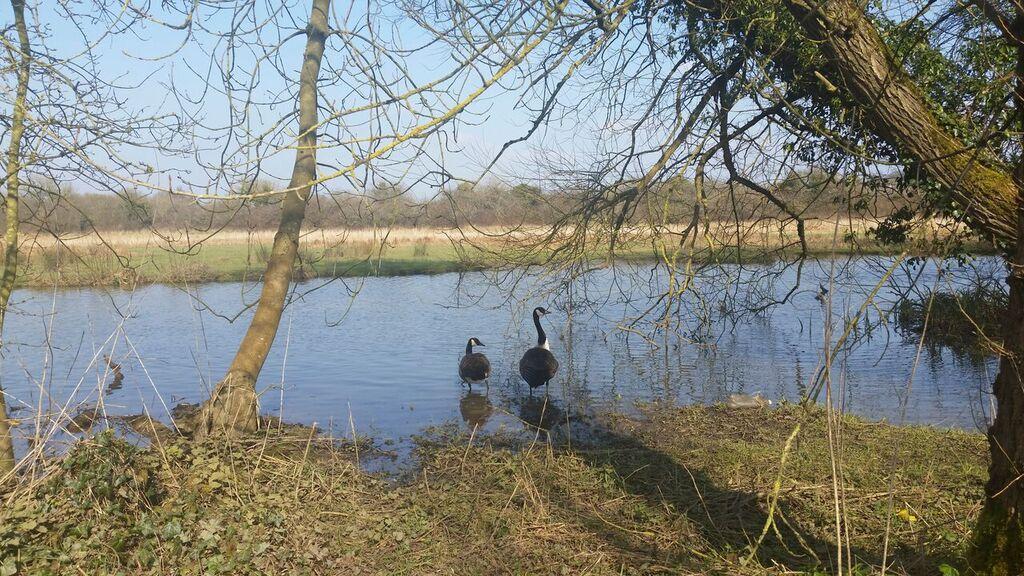 1) From the guided walking tour through the beautiful student city of Oxford
Photo:
Erica Madonna 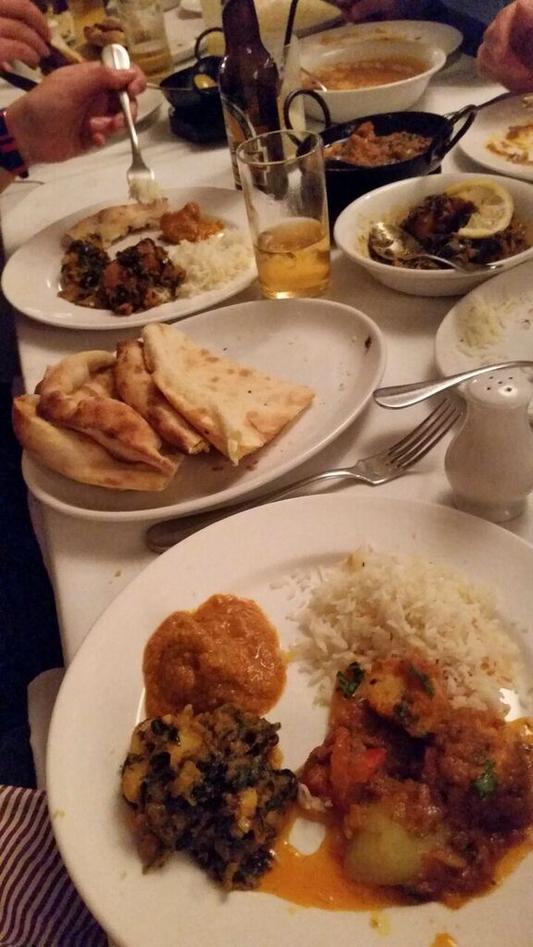 2) Thursday ended with some drinks and a nice Indian dinner
Photo:
Robert Lee 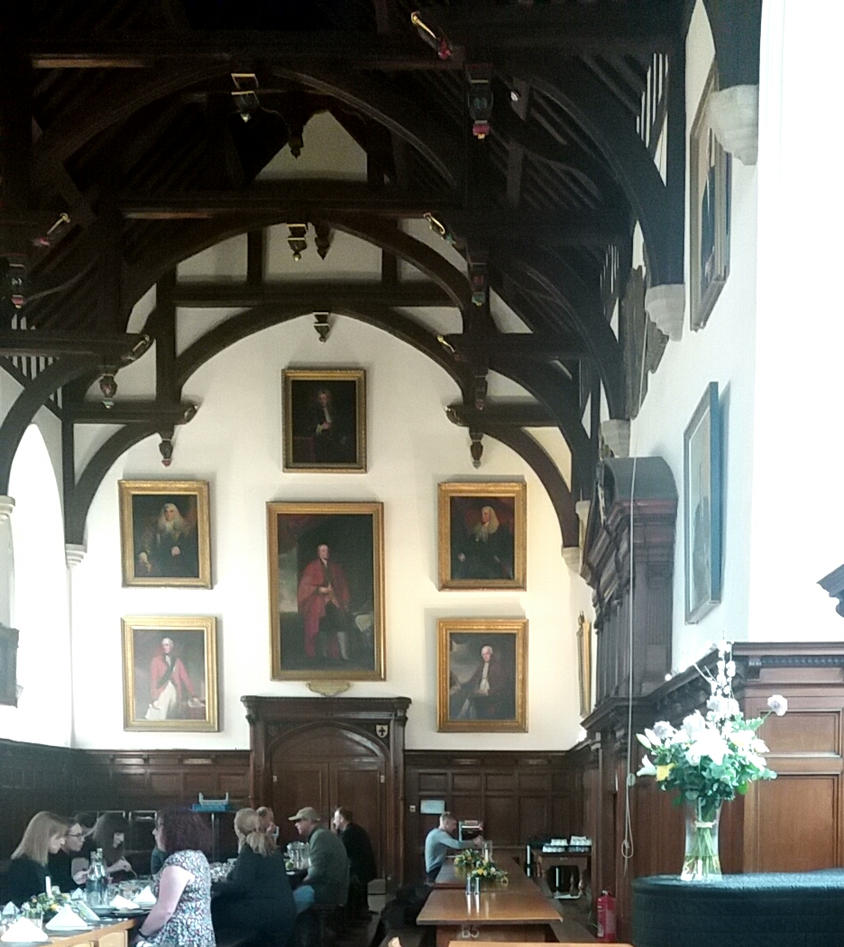 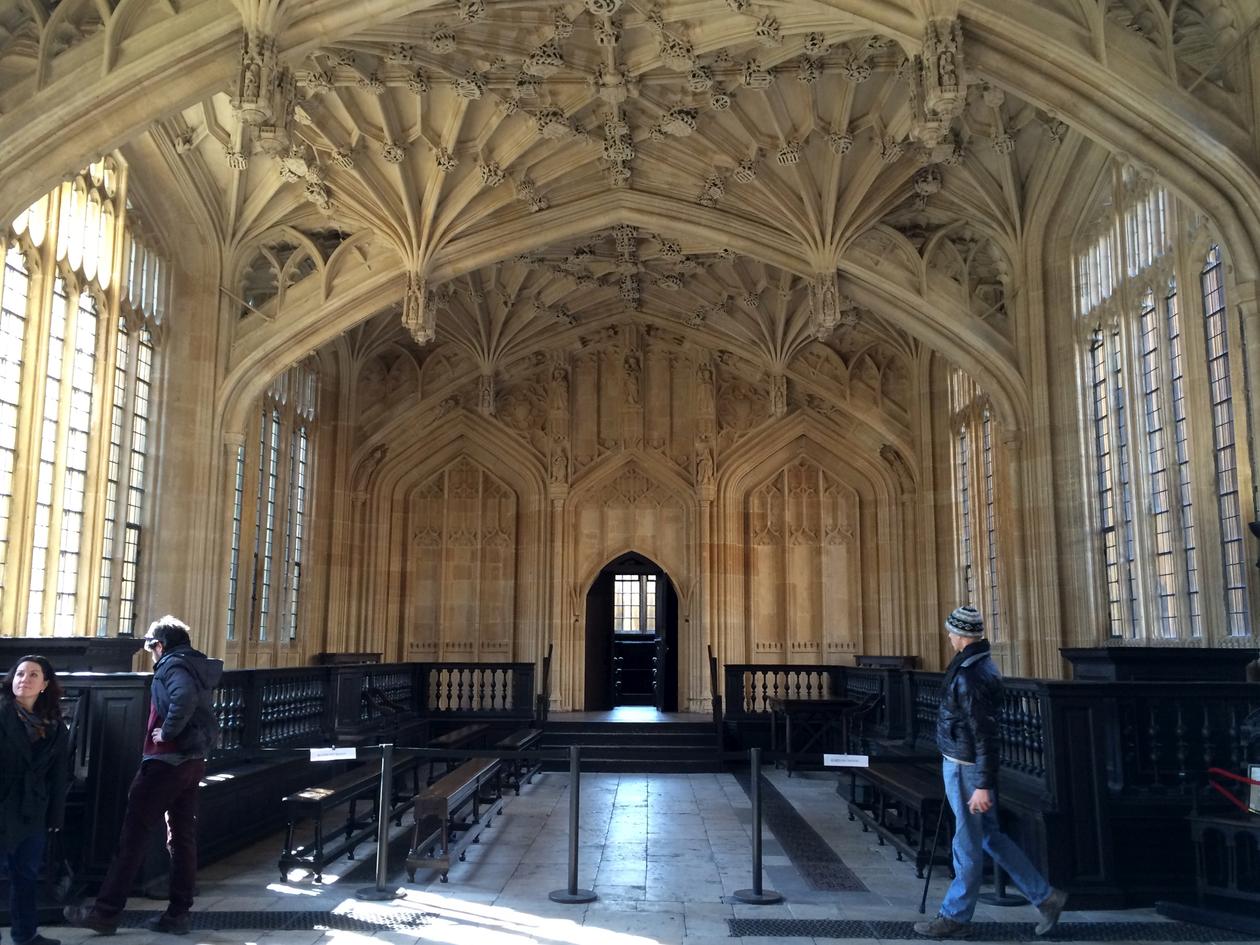