Almost one hundred staff and other interested researchers in Bergen met to present research, exchange ideas and discuss the transformative consequences of international migration. Migration, together with 'inequality' and 'health', is a prioritised theme in the University of Bergen’s strategic area on Global Challenges.

“Migrants and migration are important drivers of change and transform the features of states and societies. It changes the lives of people in the countries of departure, transit and arrival”, said Hakan G. Sicakkan, Professor at the Faculty of Social Sciences. He is one of the forces behind the research unit on International Migration and Ethnic Relations (IMER Bergen) and the initiator of the symposium.

Dramatic transformations in political systems
“The past two decades witnessed manifestations of a global system change”, he said, and pointed to four factors for this change: climate change, increased social and economic inequality, changes in the labour market due to exponentially advancing digital and robotics technology, and an emerging global wealth oligarchy.

“These four processes may intersect with political processes in unpredictable ways; they occur on a global scale, are so wide-reaching that they are hard to observe directly, with the effect that it limits reactions, resistance and opposition”, he said.

“What they have in common though, is their direct consequence for migration. Each of them is likely to increase migration, and drastically change migration patterns and migrant profiles.”

Sicakkan thinks that climate change and growing inequality is prone to produce more migration, which, when combined with the fourth industrial revolution that minimises the need for human labour—and the need for foreign labour—will radically change migration patterns.

In his comments to Sicakkan’s opening presentation, Professor of Law, Jan Fridthjof Bernt, called for more debate about the concept of democracy and dialogue across all social divides in order to promote stability.

“The current populist right-wing argumentation underlines the weaknesses within our democratic societies”, he said.

A cross-disciplinary milieu
The symposium brought together the latest migration research at different Faculties. Eighteen researchers presented their work and participated in the discussions during the six sections. These addressed the transformative effects of migration, ranging from politics, gender, culture, inequality, public spheres, and global health.

The presentations ranged from Christine Jacobsen’s (SKOK) presentation on problems facing irregular migrants; research that is part of the WAIT project. Olga Medevedeva (AHKR) talked about the cultural effects of skilled Norwegian migrants in China in the late 19th and early 20th centuries.

Yael Harlap (Psychology) presented her research on cultural mixing and the disorientation white Norwegian often encounter when meeting Norwegians of colour.  Thomas Solomon (Grieg Academy) spoke of constructing ideas of national culture and identity, the role of communications technologies and social media, and how these ideas are presented. He used the Fargespill shows as an example of how multiculturalism in Norway is portrayed—on Norwegian terms—while at the same time reaffirming immigrants’ status as “other”.

The symposium was organised by UiB’s research unit on International Migration and Ethnic Relations (IMER Bergen) in collaboration with Global Challenges. 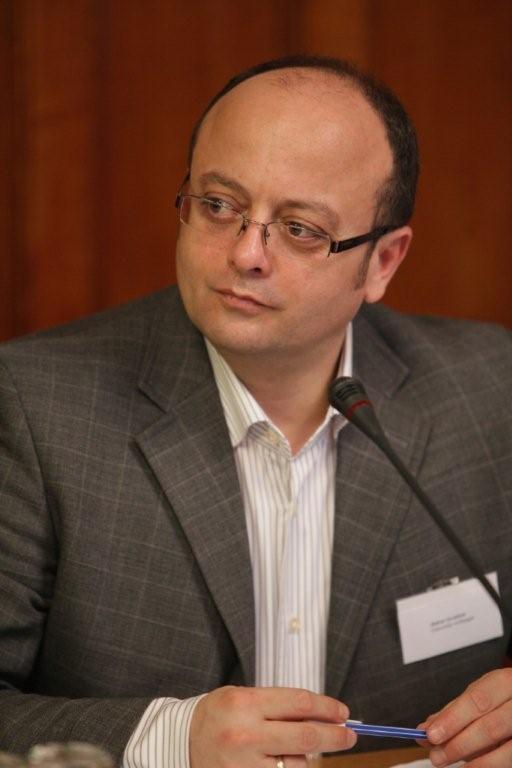 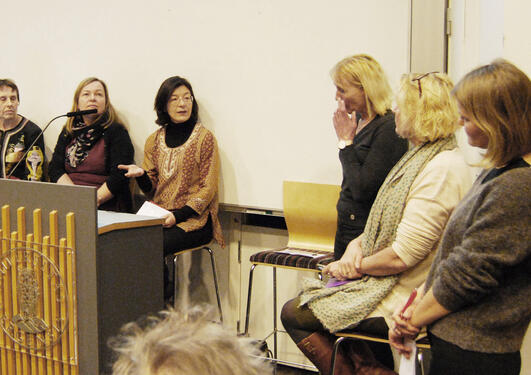 – Migrants are healthier than Norwegians

According to researcher and doctor, Esperanza Diaz, Migrants are healthier than Norwegians in general. Norwegians may have something to learn from the migrants´ lifestyle.