Particle therapy
Charged particle therapy, also known as hadrontherapy, is a relatively new radiotherapeutic technique, consisting of irradiating a target volume with high energetic ion beams, most commonly employing protons or in some cases heavier ions. The interest in this treatment procedure has seen a constantly rising interest in the past decades, proved by the number of hadrontherapy dedicated medical facilities around the world which has been constantly increasing year by year on a worldwide scale.

The most appealing advantage of this technique derives from the physical properties of charged particles crossing matter, which experience a continuous slow down across their path, losing at first a negligible amount of energy, until they stop and release most of their initial energy in a narrow region at the end of their track. Consequently, the dose deposition pattern along the crossed depth (figure 1) consists of an entrance plateau with low dose deposited, which increases abruptly toward the end of the path, where a maximum peak originates (the so-called Bragg peak), and suddenly drops (nearly) to zero right afterwards. The position of the Bragg peaks (that is the range of the beam) strictly depends on the initial energy of the beam. This property allows, in principle, to focus the energy deposition at a certain depth in the human body (e.g., the tumor) by tuning the beam energy. The initial plateau and the sudden drop beyond the Bragg peak allow for a low entrance dose and almost no exit dose on the tumor-surrounding tissues. The dose deposition pattern results then optimal, especially for the treatment of deep-seated large tumors.

Figure 1: Comparison of the dose deposition for conventional X-rays radiotherapy and proton therapy. The dose deposit for protons is focused at a certain depth, in contrast with X-rays which deliver dose all along their path.

Range uncertainties and proton imaging
Given that the dose deposition is focused in a narrow area of the body, it is of crucial importance to predict as precisely as possible the range of the beam in the target volume. On the other hand, the energy loss of charged particles crossing matter is a stochastic process. The range prediction is therefore affected by intrinsic uncertainties, even for very simple geometries and more so for complex structures as the human body. Moreover, in current clinical practice the beam range is calculated starting from conventional X-ray computerize tomography (CT) scans. This conversion procedure increases furthermore the beforementioned uncertainties.

Proton CT
Proton CT (pCT) has been acknowledged as having a high potential in reducing uncertainties in proton therapy treatment planning. The strength of pCT is the direct measurement of the particle range within the target. To this purpose, modern pCT scanners are based on the tracking of each single proton history, measuring the direction and position before and after the imaged object and registering the residual energy of the particles after the object is crossed.

Therefore, a typical pCT system must include thin tracking detectors and an energy/range detector. Due to multiple Coulomb scattering the proton track across the target is not a straight line, affecting the spatial resolution of proton imaging. Processing the measured particle information, by mean of sophisticated image reconstruction algorithms which take into account the non-linear path of the projectile particles, a pCT scanner is able to directly yield a 3D map of the relative stopping power (RSP) inside the object. The RSP, that is the ratio of stopping power of a certain material to the stopping power of water, can be directly used in treatment planning, reducing the range calculation uncertainties by avoiding the conversion procedure.

The Bergen pCT collaboration
The Bergen pCT collaboration was established at the University of Bergen (Norway) among many institutions across the world with the purpose to design and build a novel pCT scanner able to overcome most of the critical limitations of the currently existing prototypes. The most distinctive feature of the prototype design is the employment of a digital tracking calorimeter (DTC), that is, a layer-by-layer detector based on pixelated silicon sensors used as both tracking and energy/range detector. The device is specifically designed and optimized for pCT, in order to fulfill the mandatory innovative requirements to handle pencil beams with therapeutic characteristics: high particle rate and localized dose depositions. Therefore, the readout speed has to be fast enough to handle many tracks at the same time and achieve an accurate determination of the ranges of individual protons.

Design of the new device
The Bergen pCT group has designed both the mechanical and the electronics setup and currently is starting the construction of the physical device, after Monte Carlo simulations were used to evaluate the potential imaging accuracy of the novel system and the possible damage caused by radiation to the electronic components.

The segmented DTC (figure 2) has been designed as a multilayer structure made of several detector/absorber sandwich layers, which will function both as tracking system and range/energy detector. The detector will track the traversing particles and assign an energy difference or water equivalent path length (WEPL) to each single crossing proton and this information will be used for 3D image reconstruction.

The basic sensor chosen is the ALICE pixel detector (ALPIDE), a monolithic active pixel sensor, initially developed for the upgrade of the inner tracking system of the ALICE experiment at the LHC (CERN).

Most pCT scanners currently available utilize a tracking system consisting of two layers of tracking detectors upstream (front tracker) and two more layers downstream (rear tracker) of the object to be imaged. However, in the Bergen pCT scanner, the front tracker has not been included and the information about the impinging proton position and direction will be inferred from the beam optics response of the monitoring system. This design choice has some advantages such as reducing set-up complexity, final cost, and physical impact on the treatment room. From the operational point of view, the system would be able to allow a higher particle rate, since the pairing of particle hits measured on the rear tracker with the measurements on the front tracker could be avoided.

Activities of the group
Currently, the device is under construction, the ALPIDE mass production has started and the first ALPIDE strings are being bonded and tested by the Research and Production Enterprise “LTU”, Kharkiv (Ukraine). After testing, the assembly phase will follow and the first full setup will be ready to be installed in medical facilities, presumably in 2 years.

The activities of the pCT group carried on at UiB can be grouped in three main areas:

In addition, intelligent machine learning techniques and visualization methods are being investigated and developed to advance the prototypical approaches toward increased speed and safety. This project, in collaboration with the Bergen pCT group, is being developed by the SIVERT research training group of the state of Rhineland-Palatinate (Germany), jointly carried by the University of Applied Sciences Worms and the Technischen Universität Kaiserslautern.

Experimental results
When a particle traverses the epitaxial layer of the ALPIDE it deposits charge, which can be collected by the individual collection diodes of the pixels producing clusters. A cluster is defined as the collection of neighboring pixels that fires within the same time frame. A cluster example is shown in figure 3.a. Preliminary experiments conducted on the single ALPIDE tested with proton, helium, and carbon ion beams at the HIT facility showed a clear difference in response for different charged particles, even when the initial energy per nucleon was similar (Figure 3.b). With the data collected at the HIT facility for different ion species at various energies spread all over the energy range available, it was possible to extrapolate a curve of the dependency of the cluster size on the energy deposited on the ALPIDE epitaxial layer (figure 3.c). This will allow, prior to the reconstruction process, to discriminate different particles at different energies. The ALPIDE was able to handle high-rate beam spills with the chip responding equally in both a high or low occupancy environments (figure 3.d).

Figure 3: Example of a cluster detected by the ALICE pixel detector (ALPIDE) chip from an 241Am source after 2 μs. Frame period 1 MHz, Frame Duration750 ns. (b) Proton, helium, and carbon ion cluster distributions at the minimum energies available at HIT. (c) A plot of the cluster size as a function of the energy deposition in the epitaxial layer of the ALPIDE chip. The energy deposition was evaluated through MC simulation, the cluster sizes are experimental point taken during the two experiments at the HIT facility. (d) Cluster distribution in a single ALPIDE chip in both high (15 kHz) and low (145 kHz) occupancy environments. Figure published in Alme J, et al., Frontiers in Physics. 2020;8(460); © 2020 Alme, et al. Creative Commons Attribution License (CC BY).

Monte Carlo simulation results
A pediatric head phantom was simulated using GATE in a full pCT scan and pCT images were reconstructed using dedicated algorithms. In figure 4, as an example, different views of the reconstructed head phantom are reported. The images result clean with no artifacts and all the salient structures in the head (brain, bones, teeth, and air cavities) are well distinguishable.

O.S. Grøttvik (Phd, 2021): Design and Implementation of a High-Speed Readout and Control System for a Digital Tracking Calorimeter for proton CT 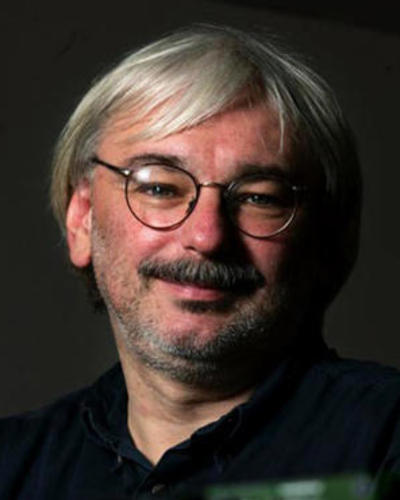