The Plastic Whale – four years on

“With this commemoration, the Plastic Whale Heritage alliance and the University of Bergen want to help ensure that the Plastic Whale’s message is not forgotten – the health of our oceans is at stake, and we must act now.”

Moderator Synnøve Kvamme in conversation with Amund Maage and Terje Lislevand during the commemoration event on at the University Museum.
Photo:
Ole M. Kvamme, UiB

These are the words of Synnøve Kvamme, the moderator of the commemoration event, which was broadcast from the University Museum of Bergen on Thursday 28 January 2020, marking four years since a rare species of whale was found beached in the waters of the island of Sotra with its stomach full of plastic. The shocking images went all around the world, and the Plastic Whale quickly became a global symbol for the fight against plastic pollution.

Kvamme is the county secretary of the Hordaland branch of the Norwegian Society for the Conservation of Nature/Friends of the Earth Norway and a board member of “the Plastic Whale Heritage” – an alliance comprising some 20 organisations that have decided to get involved in the fight against plastic pollution, through clean-up operations and campaigns to raise awareness and change attitudes, among other things.

She stresses that we must not forget the important message the Plastic Whale imparted four years ago and believes it is crucial that NGOs and academics pool their resources and work together. Volunteers do a lot of work on the ground, while research and education done by academics produce valuable knowledge.

“These areas complement each other and both are essential for success,” Kvamme states.

Thrilled about the level of engagement

The University Museum of Bergen’s Terje Lislevand is particularly excited about the amount of work being done by volunteers. Four years ago, when he heard that a rare species of whale had washed up off the coast of Sotra, he started a process to get the whale skeleton for display at the Museum. Little did he know just how significant that decision would be.

As part of this work, the whale carcass was opened up – and the rest is history. To this day, Lislevand still receives inquiries from media around the world about the find.

“It is great that the Plastic Whale is still inspiring clean-up actions and efforts against plastic pollution locally, nationally and internationally. The whale has had a huge impact, and it is a story we at the University Museum are very keen to tell,” he says.

As part of the four-year commemoration, we were shown how this story continues to engage young people, with a presentation by pupils at Rothaugen school. They talked about how the Plastic Whale has inspired the pupils at the school to take action; through an international school project and the waste collector “Slurpen”. Here the pupils have collected and analysed plastic waste removed from the Vågen harbour in Bergen, in a joint project with Bergen Municipality, among others.

The commemoration also included messages from a number of activists around the world who talked about the significance of the Plastic Whale and encouraged people to keep up the good work.

Marte Haave has been conducting research into challenges related to plastic for a long time, with a particular focus on problems caused by microplastics, which are tiny pieces of plastic. Today she is head of the new North Atlantic Microplastic Centre (NAMC), in addition to being an associate professor at the Department of Chemistry at the University of Bergen.

According to Haave, microplastics are now found virtually everywhere on the planet, from the deepest oceans right up to the highest mountain peaks. Great progress has been made and a lot of research has been done in recent years, but there is also much that remains unknown. Current priority areas for research, according to Haave, include work to identify the harmful health effects of microplastics on animals and humans.

“A single flake of plastic can break down into billions of pieces of microplastics,” she explains, illustrating the importance of collecting plastic and preventing plastic from ending up in the ecosystem in the first place.

Maage is pleased that this network is already in place as we enter the United Nations Decade of Ocean Science for Sustainable Development (2021–2030) and envisages that it will play an important role in the University of Bergen’s marine research initiative.

“In this context, I am particularly eager to promote interdisciplinary perspectives. In order to be able to find good solutions to this massive problem, we need knowledge about the big picture; which includes fields such as economics, law, psychology, natural sciences and medicine, to name but a few. I am also keen to ensure good collaboration with other players in this work,” Maage adds.

“We must never forget the Plastic Whale”

In the final part of the commemoration event, Kenneth Bruvik from the Plastic Whale Heritage praised the thousands of individuals around the world who have taken part in the work to collect plastic that has found its way into the ecosystem, inspired by the Plastic Whale four years ago.

“We must never forget this whale and the wake-up call it represents,” he says.

Marine Pollution and The Plastic Whale 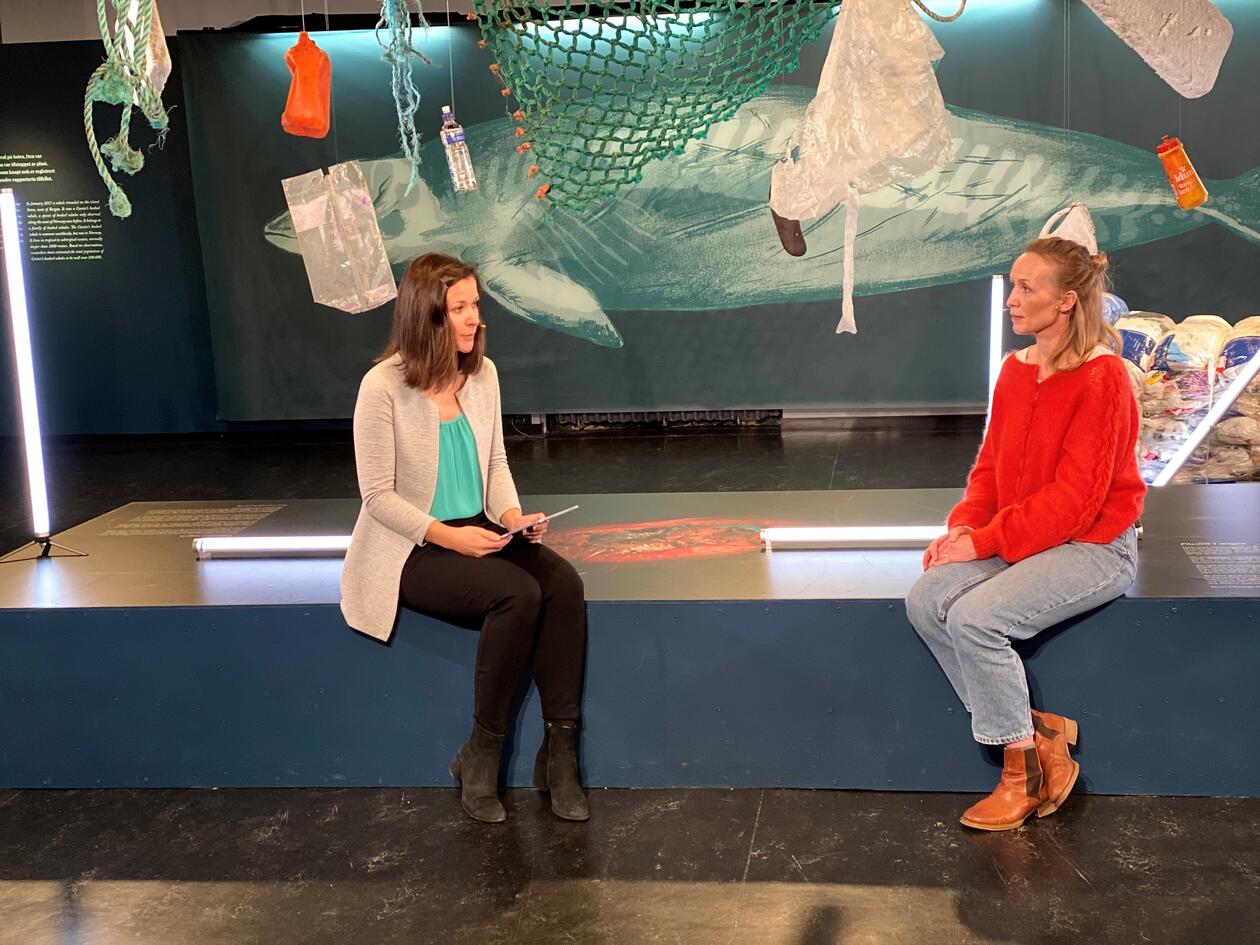 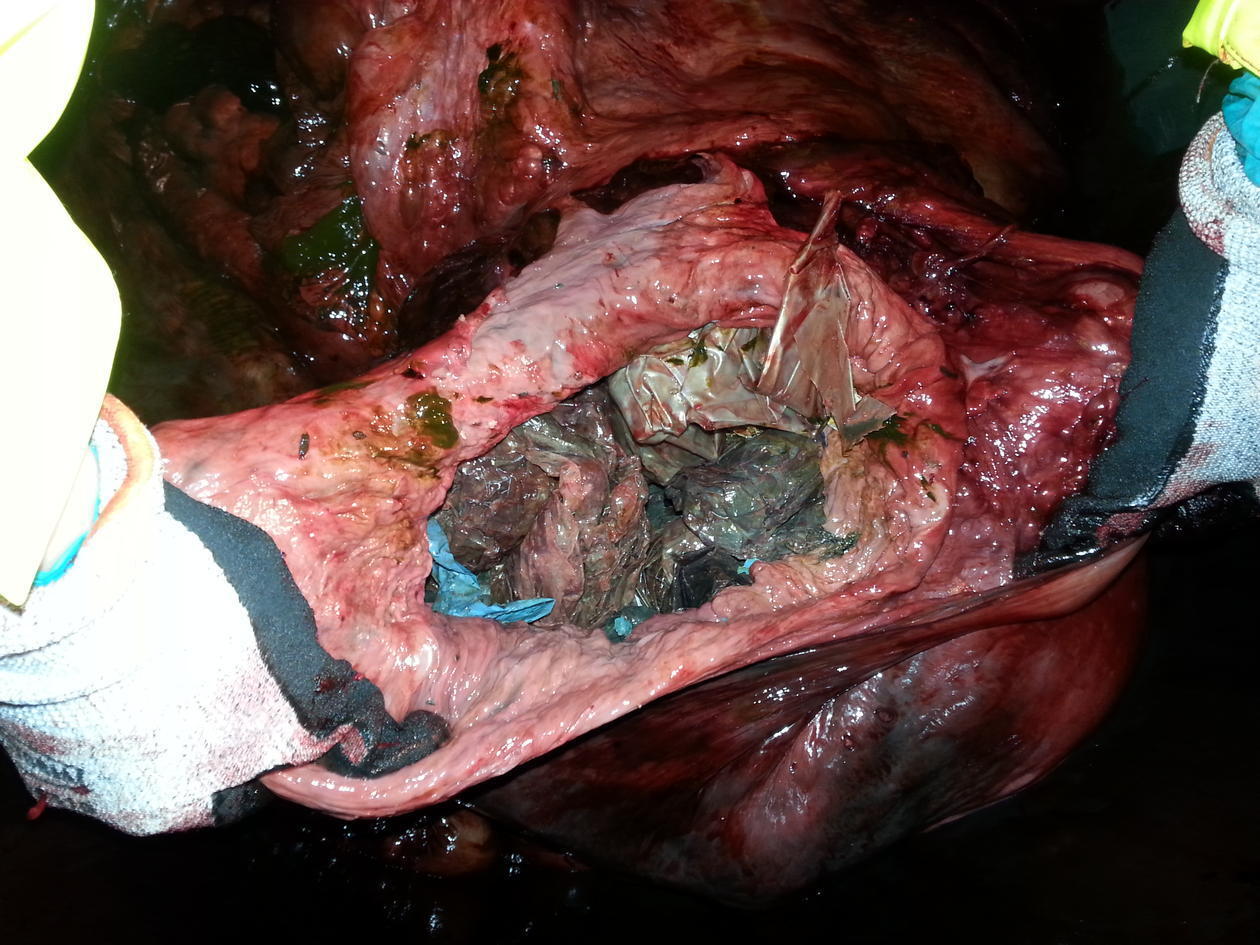 The image of the plastic in the belly of the whale went around the world four years ago, and contributed to a strong commitment against plastic pollution.
Photo:
Christoph Noever, UiB 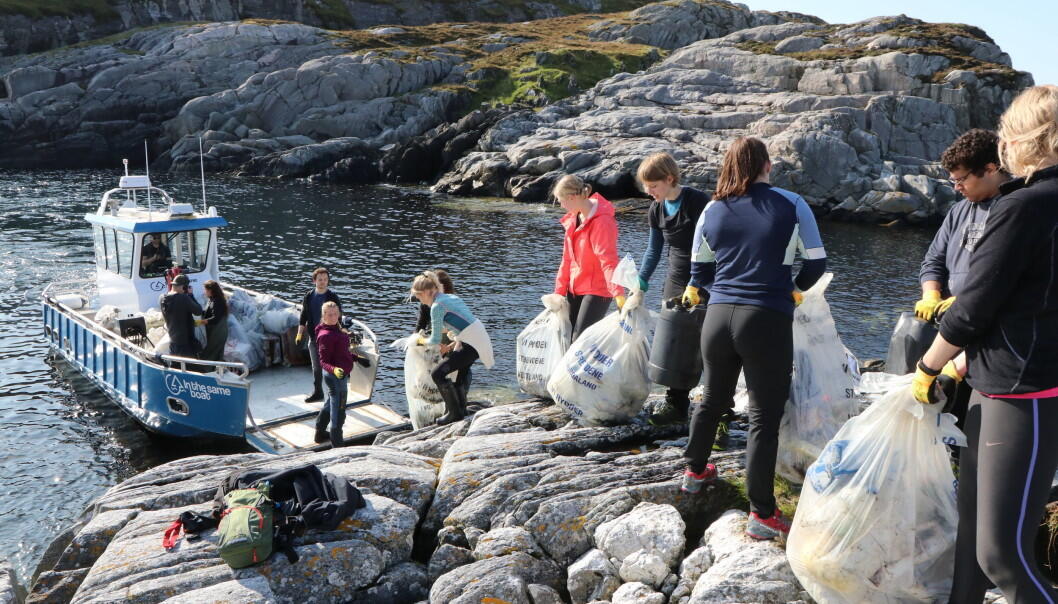 In the autumn of 2020, UiB and partners cleared four tonnes of plastic. Here we see students on a clean-up operation outside Hellesøy.
Photo:
Ole M. Kvamme, UiB