As part of the University of Bergen’s marine research initiative, an interdisciplinary network on plastic pollution has been set up for researchers, PhD candidates and students.

- The dedication among both students and researchers makes me look forward to working with the members of the new network, says marine director Amund Maage. Illustration photo from plastic clearing outside Hellesøy in September 2020.
Photo:
Ole M. Kvamme, UiB

“This arena where academic communities from all the faculties can exchange knowledge and ideas will help ensure plastic pollution has an even more central place in our marine research initiative,” says Amund Maage, the University of Bergen’s marine director.

“Plastic pollution is a complex problem that nature cannot resolve on its own. We need to harness the full breadth of the University’s disciplines to produce new research-based knowledge on everything from the health consequences to new technology and legal issues globally,” Maage continues.

Marine research is one of the University’s three strategic priority research areas. This field encompasses research, education and innovative solutions linked to the harmful effects of plastics and how to prevent plastic from ending up in the ecosystem.

“We also want the new network to contribute to the University’s work towards SDG 14, Life Below Water, where plastic pollution is an important issue,” adds the Marine Director.

In connection with its status as the Hub institution with special responsibility and leadership for Sustainable Development Goal 14, awarded by the United Nations Academic Impact (UNAI), the University of Bergen has already established a number of major initiatives, such as SDG Bergen, the Ocean Sustainability Bergen (OSB) research centre, and the annual SDG Conference Bergen. A separate course has also been established on Sustainable Development Goal 14.

In addition, the United Nations Decade of Ocean Science for Sustainable Development kicks off in January 2021. Maage is pleased to have got this new network up and running, as it will serve to further cement the University of Bergen’s position as a provider of research-based knowledge about plastics in this important decade.

“The network is constantly expanding and currently counts some 35 members, including three new PhD candidates who are working on different aspects on the plastic problem – from legal issues and health challenges, to tracking plastics in nature,” says Maage.

Maage says that there will also be a focus on using the breadth of knowledge represented in the plastics network in collaboration with other partners.

“Today, the network includes three researchers in part-time posts, thereby forging close links to other institutions in the region, such as the Norwegian Research Centre (NORCE), the Norwegian Institute of Marine Research and the Norwegian Institute for Water Research (NIVA). A lot of good work is being done on plastic pollution by many players in Bergen, and the goal is for the plastics network to help develop and promote this work in the future.

One example is the new North Atlantic Microplastic Centre at NORCE, which had its official opening on 9 December. Maage is on the board of this centre and participated in a dialogue with NORCE Director Hans Kleivdal about the plastic problem and the need for collaboration. You can watch a recording of the opening ceremony on NORCE’s website.

The new network is being established in an autumn semester where there has been a strong focus on plastic pollution in several areas at the University of Bergen, for example:

“I am very impressed by the work the students have put in this autumn, parallel to the establishment of the plastics network,” says Maage, adding:

“The level of commitment among students and staff alike means that I am now very much looking forward to meeting the members of the new network to further develop the initiative and address more plastic-related issues going forwards.”

Researchers, PhD candidates and students who want to participate in the plastics network can contact the network coordinator Odd André Karlsen by sending an email to: Odd.Karlsen@uib.no.

Interdisciplinary network on plastic pollution has been set up for researchers, PhD candidates and students at The University of Bergen.

If you want to be a member of the network, contact the network coordinator Odd André Karlsen by email: Odd.Karlsen@uib.no 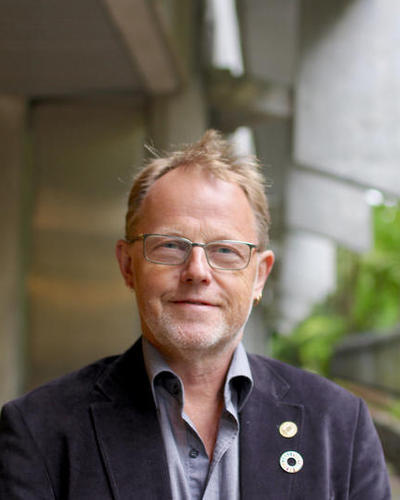 Marine director at UiB, Amund Maage, is pleased to have put in place the new network for the beginning of the United Nations Decade of Ocean Science for Sustainable Development.
Photo:
Jens H. Ådnanes, UiB 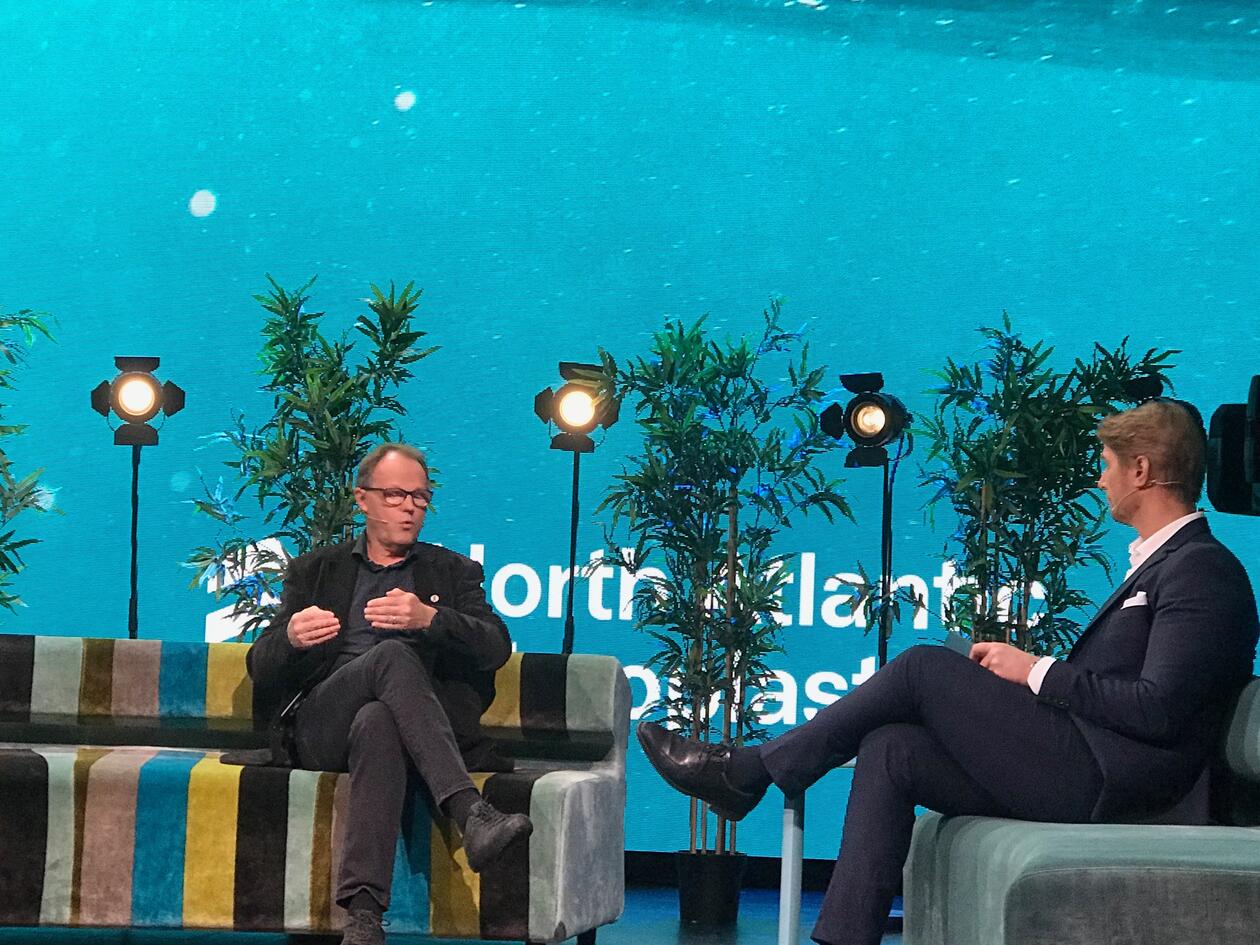 Maage and NORCE director Hans Kleivdal in conversation about plastic challenges and the need for cooperation, during the opening of the North Atlantic Microplastic Center.
Photo:
NORCE 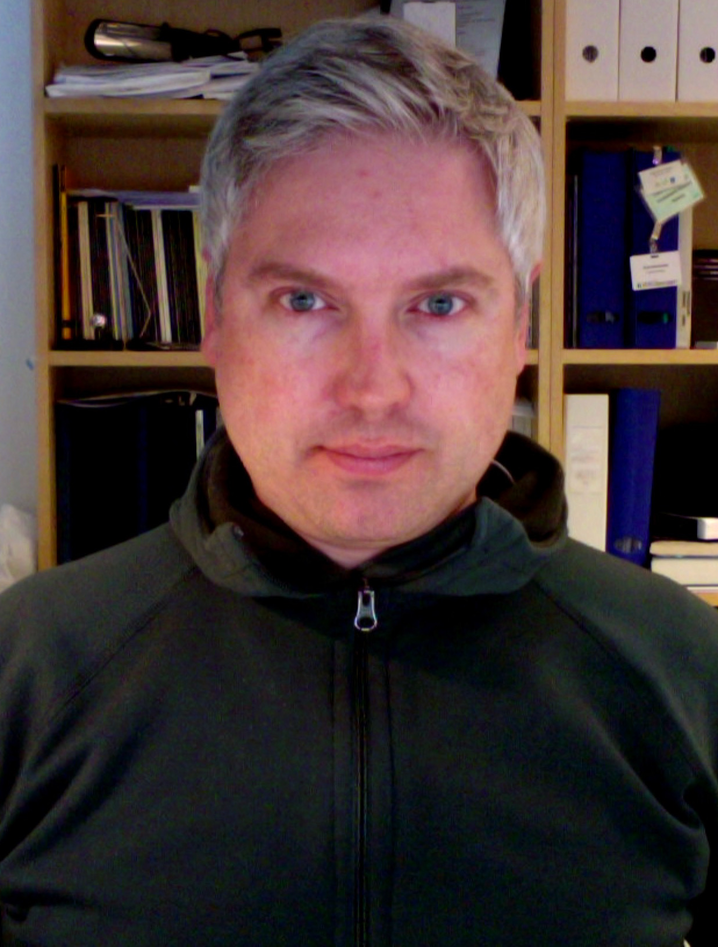 Associate Professor Odd André Karlsen is the coordinator for the new plastics network. He encourages researchers, PhD Candidates and students who want to be members to get in touch.
Photo:
Privat