Skip to main content
Department of Health Promotion and Development

According to the Positive Deviance Initiative, positive deviance is “the observation that in every community or organization, there are a few individuals or groups whose uncommon but successful behaviors and strategies have enabled them to find better solutions to problems than their neighbors who face the same challenges and barriers and have access to same resources”.

How do I use the database?

There are three main ways of finding content in the database

By which criteria are the articles in the database classified?

The articles are classified in folders based on their main topic. The different folders are:

What do I find in the database?

Is all literature in the database purely about positive deviance?

Do I get access to the full text versions of all literature in the database?

No, not automatically. The access is determined by your license to view full text versions of journals and books (e.g.). However in the database, titles, tags and abstracts are available without full access.

What kind of literature is selected for the database?

Positive deviance is a relevant concept for health promotion. Health promotion is “the process of enabling individuals and communities to increase control over, and to improve, their health” (World Health Organization, 1986, p. 1). The first time that positive deviance was used to solve a problem was in relation to child malnutrition. Viet Nam, Bangladesh, and Haiti were the first countries where an integrated positive deviance approach was used to rehabilitate malnourished children, and with success. The positive deviance approach continued to be used to rehabilitate malnourished children, but also to decrease infant and child mortality rates and to stimulate child growth.

Positive deviance has been used in several cases to improve reproductive health, namely through stimulating contraceptive use, improving pregnancy outcomes, improving maternal and newborn care, preventing HIV infection, and decreasing sexual violence. Positive deviance has also been used to address problems related to sports and physical activity, weight control, healthy eating, cancer, and smoking. However, it has not been used elaborately to solve these health related problems, since positive deviance is a relatively new concept.

Who is responsible for creating this database?

Guest researchers at the Department of Health Promotion and Development (HEMIL) at the University of Bergen in Norway have created the database. The guest researchers were students from the master program Health and Society of the Wageningen University in the Netherlands.

For more information please see  "Positive deviance: A literarure review about the relevance for heath promotion". 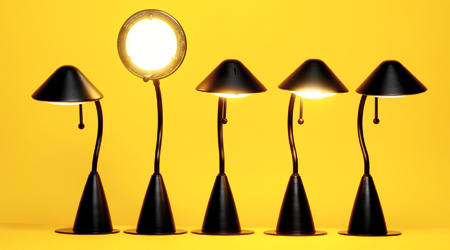 Positive deviance: A literature review about the relevance of health promotion
28.01.2015