The project aims to unravel the complex amalgamation history of East Antarctica during the Late Neoproterozoic/Early Palaeozoic. East Antarctica is dissected by a number of Late Neoproterozoic/Early Palaeozoic mobile belts. One of the larger mobile belts is the East African-Antarctic Orogen that has been the focus of our research since many years. In this specific project we study the structural evolution of the Sør Rondane mountains in eastern Dronning Maud Land, where the eastern margin of the East African-Antarctic Orogen is spectacularly exposed. The work is integrated into a larger geological/geophysical initiative funded by the Bundesanstalt für Geowissenschaften and Rohstoffe, Hannover (Germany). Field-work was conducted in the austral summers 2010/11 and 2011/12 from Princess Elisabeth Station. 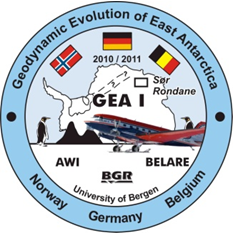