Up to this date, few studies have investigated the occurrence of sexual harassment in Norwegian working life. However, a new study from Bergen Bullying Research Group show that sexual harassment can be considered as a prevalent problem with serious consequences for those exposed.

The findings from the study is published in the latest issue of the Journal of Aggression, Maltreatment, and Trauma. 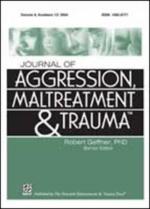