Emancipation or entrapment: An analysis of women empowerment of secular and faith-based NGOs in Bangladesh

Engagement of the non-governmental organizations (NGOs) in development practices is mainly concentrated on the emancipation mantra particularly to empower the rural, vulnerable and distressed women in the global south e.g. Bangladesh. As a part of the larger research project, this paper mainly considers the intervention of secular and faith-based NGO in Bangladesh to argue that while secular NGOs have produced positive consequences for women empowerment has also become a source of coercion and replaced the traditional patriarchy with the ‘development patriarchy’. On the contrary, women’s participation in Islamic NGOs should not be portrayed as the victimization of women by ‘development patriarchy’. Rather, it represents women’s ‘desire’ for liberation and freedom within the setting of a society where dharma (religion)is still important. Yet, both empowerment approaches appropriated women’s ‘positional vulnerability’ and used the social construction of honor and shame for the financial sustainability of these organizations rather than empowering the women. Therefore, profit motives and strengthening the financial base of NGOs, disregard for local tradition and culture (in secular NGOs), a rigid interpretation of Muslim women empowerment (in Islamic NGOs) hinder the emancipation for women in rural Bangladesh.

Mohammad Salehin holds a PhD in Sociology from the University of Sydney (Australia), an MPhil in Peace and Conflict Transformation from University of Tromsø (Norway). He has taught Sociology at the University of Sydney and Bangladesh Agricultural University. He has published widely on gender, (faith-based) development, Islam, democracy and NGOs.  His doctoral work forms the basis of his first book, to be published by Routledge in 2015, titled, Islamic NGOs in Bangladesh: Development, Piety and Neoliberal governmentality. 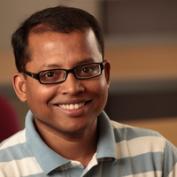 Mohammad Salehin is currently a visiting researcher at the Centre for Women’s and Gender Research (SKOK), UoB