Opening of a seismic station in Bangladesh, 2015
Photo:
Lars Ottemoller

I have been travelling quite frequently to Asia over recent years and feel it is about time to share information about my activities there. I have been running two projects, the first is a two year project in Myanmar to build capacity in seismology and the second is to build up seismology in Bangladesh. Both countries are at an early stage when it comes to earthquake seismology. I will give a brief overview for both activities, but please contact me for more details or if you would like to follow up on the contacts we have.

Most people are aware of the political situation in Myanmar and know that the country recently started to open up for international collaboration. My visit in November last year happened to fall between the visits of US President Obama and King Harald of Norway. The formalities of the project were arranged by the Asian Disaster Preparedness Center in Bangkok and our partner institution in Myanmar is the Department for Meteorology and Hydrology. Our project started in 2013 and the main purpose was to transfer knowledge in the field of observational seismology. This was done by holding a total of six training workshops for approximately 25 people each time to cover topics like basic seismology, seismic instruments, data processing, operation of seismic networks and seismic hazard. Both Jens Havskov and Kuvvet Atakan were also involved in these training activities. We also received six visitors who stayed in Bergen for 2-4 weeks to obtain additional practical training. With this type of project it is not easy to evaluate the outcome, but an effort was made during my last visit to have an open discussion about the interaction during the project and the outcomes at the end. It became clear that progress has been made for them to move from outdated analog data interpretation to obtaining results based on modern digital routines. However, it is also clear that much more work is needed to improve their network operation as well as to increase the understanding in seismology. This is important as Myanmar is tectonically active and experiences large earthquakes.

Bangladesh has been in the news since early January this year because of political differences between government and opposition. This has resulted in a nationwide blockade, regular general strikes, and a number of deaths. My last visit in the end of January was hampered by these problems, but most of the planned activities could be carried out. Our project partner in Bangladesh is the Geological Survey that only recently decided to enter the field of seismology, and we started establishing contact in 2011. The activity is carried out in collaboration with the Norwegian Geotechnical Institute. My task in Bangladesh is to build up seismology at the Geological Survey. The elements of the work include the design and construction of seismic stations, help with the purchasing of equipment, implementation of communication, set-up of recording and processing software, data interpretation tools, and finally training in all of the above. The first of five stations was completed with the installation of equipment during my visit, and the central computer systems were put into operation. Communication in Bangladesh can be done via mobile phone connections through a Telenor subsidiary. This activity will continue until the end of this year when all stations will be operational.

The background for these projects is that the seismology group has had similar activities since the early 90s in many different countries around the world. A number of software packages have been developed that are used globally. Much of the experience and knowledge in the field comes from operating the Norwegian National Seismic Network. It is also envisaged that these activities will eventually lead to research collaboration. 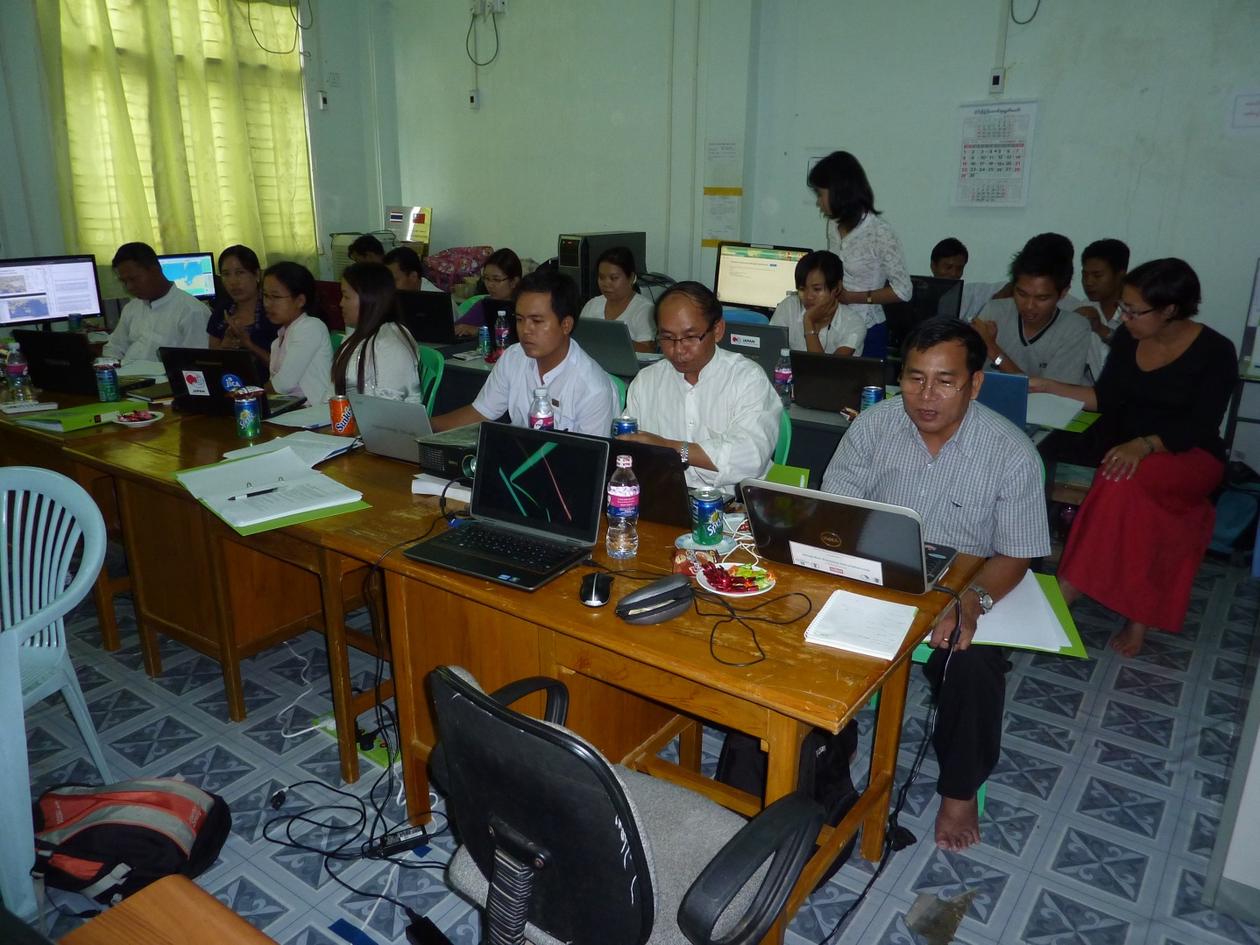