The meteorology group at the GFI owns to two of those Direct Eddy Covariance Systems. The components have been purchased through the NORCOWE project and have been assembled in cooperation with the group of Brian Ward at the National University of Ireland in Galway. Each system consists of a sonic anemometer (Gill R3A-100), an Inertial Measuring Unit (Crossbow NAV440) and an industrial PC (MOXA) as data logger. All components are packed in watertight housings for offshore deployment in rough ocean conditions.

The systems has been developed for the characterization of the turbulence structure in the surface-near Marine Atmospheric Boundary Layer (MABL) and the investigation of air-sea interaction, in particular the potential effects of waves on the wind field and wind profile with respect to offshore wind energy installations. As fixed installations (e.g. masts) offshore are rather expansive and inflexible, the system is intended to be mounted on floating platforms, e.g. buoys or ships.

The sensor unit takes high frequency measurements (50-100 Hz) of wind speed and sonic  temperature simultaneously with attitude measurements of angular rates (Eulerian angles roll, pitch and yaw) and acceleration. This allows to apply a direct motion correction to the sonic anemometer data for a more accurate determination of momentum and buoyancy fluxes close to the the air-sea interface. This will distinctly improve our understanding of the turbulent air-sea exchange processes.

As of today, the systems have been extensively tested and performed a first offshore test deployment end of November 2012. 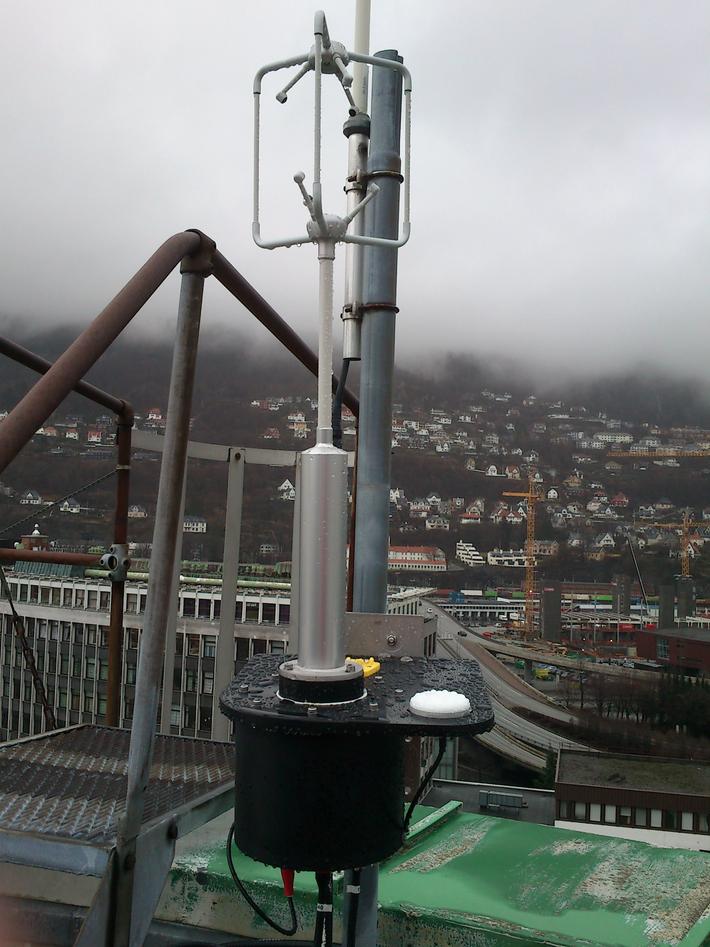 Test deployment of the system on the rooftop measurement platform at GFI.
Photo:
Martin Flügge 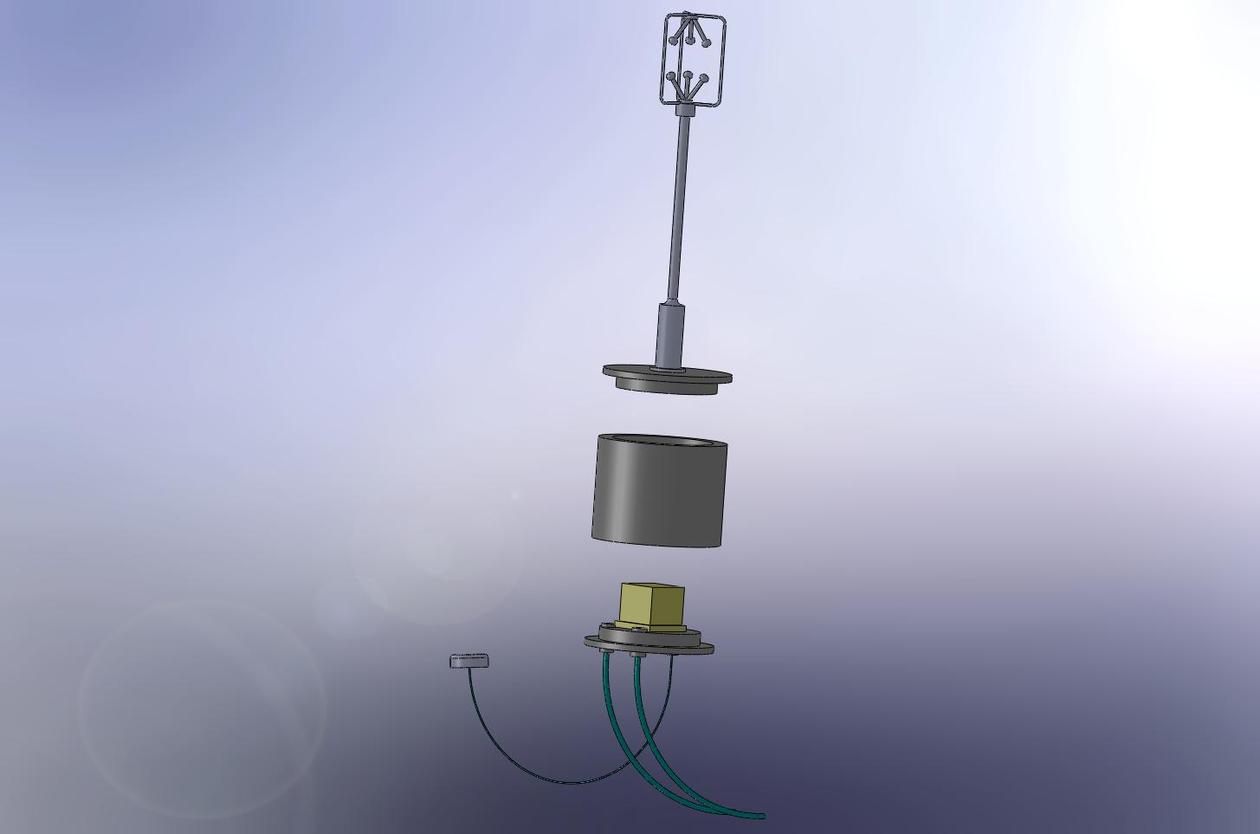