International project intended as feasibility study for the future use of various types of unmanned measurement systems (fixed wing aircrafts, helicopters, balloons) in and around wind farms.

Preparation of SUMO with the integrated turbulence measurement system for start during the Njøsomhed campaign.
Photo:
Jesper Hjelme, IWAL

GFI was one of the research partners in this PSO funded Danish project under the lead of DTU Risø. The main goal of the project was to investigate new approaches for measurements of wind profiles and turbulence structure in wind power meteorology, by using small unmanned flying platforms. A lighter-than-air vehicle, two small electrically powered aeroplanes and a larger helicopter were used to fly in and around a wind farm. Other project participants were the German universities of Braunschweig and Tübingen, Aalborg University in Denmark and the Danish industrial partner DELTA.

GFI participated with 3 of the SUMO aircrafts, one of them for the first time equipped with a 5-hole probe based turbulence measurement system for the determination of the 3D flow vector with a temporal resolution of 100 Hz.

The project was funded by Energinet.dk, under the Public Service Obligation initiative (PSO Project nr. 2009-1-10268). More details on the project home page. 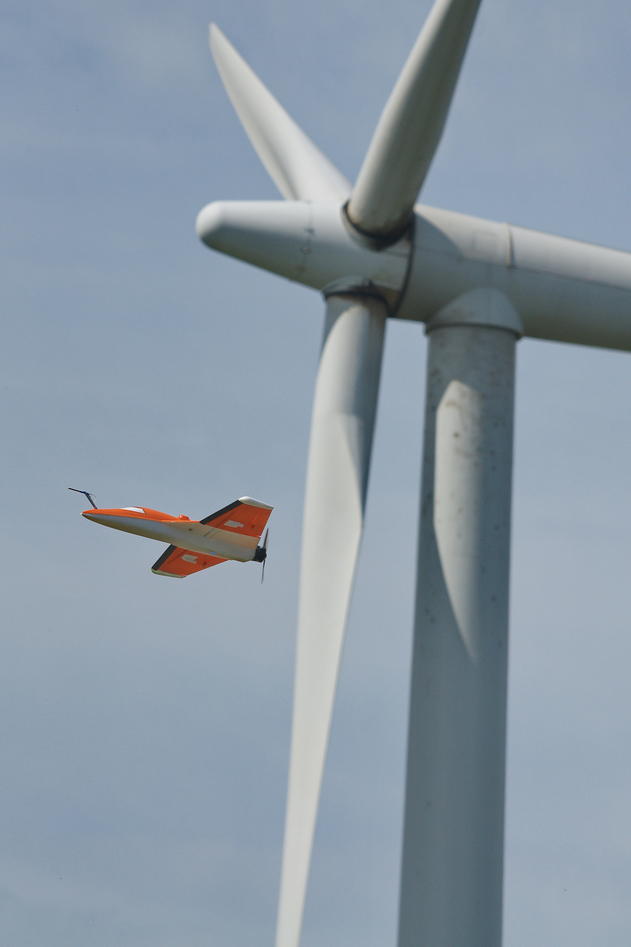 SUMO in the Njøsomhed windfarm on Lolland, Denmark operated by Dong Energy during a field campaign organized by the project.
Photo:
Jesper Hjelme, IWAL
17.02.2014