Next
Arctic Ice: our transport and accommodation
Photo:
Willem van der Bilt
1/2
Coring into the past
Photo:
Marie Bulínová
2/2
Previous

As part of on-going NFR and TMS-funded projects, researchers from UiB and UiT set sail in August for northern Svalbard, together with colleagues from Hamburg, Sogndal and Wroclaw. The goal: recovering sediments from lakes believed to have appeared relatively early from underneath melting glaciers at the end of the last Ice Age. By doing so, we hope to extend our knowledge of past climate change in the region by many thousands of years.

The 12-day expedition could have started better: within hours of departing from Longyearbyen, half the toilets were out of business and most participants were feeling so-so as our 14-foot sailing boat was not-so-gently rocked by a particularly violent North Atlantic swell. We were welcomed by a rather nasty low-pressure zone that ripped across the Barents Sea, and entertained us all the way up to 79°N. Thankfully, things improved after that.

After dragging the anchor for a full day, parked in front of our field area on the East Coast of Wijdefjorden and waiting for the waves to die down, we could finally safely land. Well, sort of, as we soon spotted the first of 4 polar bears, that thankfully all seemed well-fed and chilled-out. Our lakes were selected based on their scientific value, which somewhat went at the expense of accessibility: prime target Stuptjørna really lived up to its name. The terrain was steep and at times almost laughably unpassable. Especially with a zodiac on your back. But a blend of persistence and masochism goes a long way: 9 km in-land and 400 m uphill, to be precise. Burning, according to one participant`s watch, many a Big Mac menu worth of kilocalories.

Thankfully, not only the view was worth the climb: after a bit of tinkering with our equipment, we recovered a beautifully layered sediment core that almost certainly contains all the sediment laid down in the lake. With a distinct horizon of clay at its base, which is often deposited right after similar basins emerge from the icy grip of retreating glaciers. We encountered a similar situation at our next stop, a lake cored before, but not all the way. By adding a meter to this incomplete record, we hope to travel a couple of millennia further back in time than before. And tap into the transition between the last Ice Age and today`s warm interglacial, the Holocene. This period, which was marked by dramatic glacier loss and warming, may teach us a thing or two about what may happen in the near future. To do so, we will apply a range of relatively new techniques, including biomarkers and ancient DNA. The latter will hopefully also tell us whether plants survived the Ice Ages on Svalbard, or colonized the region afterwards. Exciting stuff 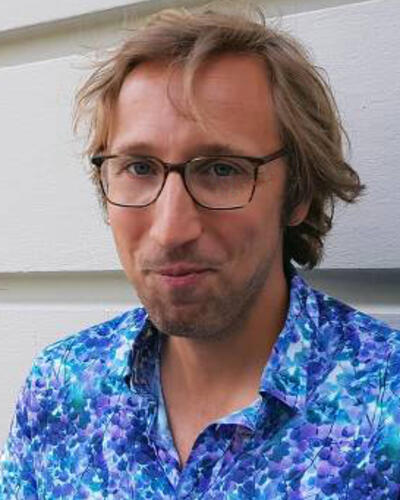