Unraveling the evolution of gene repression

The development of animals is highly reliant on the ability of cells to turn on the right genes at the right time and, importantly, to turn off genes expressed in other cell types. Neurons, for example, need to be able to not only turn on neuron specific genes but also maintain genes expressed in other cell types like muscle or gut in an “off” state. Polycomb repressive protein complexes are key to controlling gene expression. They act at the level of chromatin to keep genes stably off via so-called epigenetic mechanisms. The Polycomb system has been studied extensively in major model animal systems (mice, Drosophila, C. elegans etc.) but the evolution of this system is largely shrouded in mystery.

A new study published by the Rentzsch group this week in the Proceedings of the National Academy of Sciences (PNAS) addresses the evolution of Polycomb repressive complexes in animals. In collaboration with Dr. Christine Schnitzler at the Whitney Laboratory for Marine Bioscience at the University of Florida, they looked at the evolution of genes involved in the formation of Polycomb repressive complexes. One group of complexes collectively known as PRC1 is known to constitute a large family of complexes in vertebrates. Until now, it was assumed that only vertebrates possess this diversity of PRC1 complexes and that this would allow more complex regulation of gene activity. Using phylogenetic approaches, the authors found that in fact the genetic basis for this large number of complexes predates the cnidarian-bilaterian ancestor that dates back approximately 550 million years. They went on to show that some of these genes are expressed in different locations in the embryo of the model cnidarian Nematostella vectensis,  the starlet sea anemone, and this may indicate differences in their function. “This study highlights the importance of studying a diverse set of animals in order to understand evolution,” says James Gahan, the first author on the paper.  He went on to say that “although this illuminates the true evolution of this group of proteins it also now opens up a series of questions about what these genes are doing in animals like sea anemones and, indeed, what they were doing in the ancestor of sea anemones and humans. Understanding this may shed light on the ancestral or oldest roles of these proteins and therefore may help to further our understanding of how these genes work in humans and indeed how their function goes wrong in diseases such as cancer”.

I studied biochemistry and biotechnology as an undergraduate and master’s student before moving into “Evo-Devo” for my Ph.D. I worked on a cnidarian called Hydractinia where I studied nervous system development and stem cell biology. This happened rather by accident because at the time I was more interested in stem cells in mammals and just happened to see an ad for a Ph.D. position with Prof. Uri Frank. At the time, I knew nothing about evolution or cnidarians but I liked stem cells and the project sounded cool so I went for it and ended up really liking evolutionary biology. During my Ph.D., I had met and got to know Fabian Rentzsch and I really liked the work his lab did. I also completed my Ph.D. in the Centre for Chromosome Biology in the National University of Ireland, Galway and had started to get very interested in chromatin and epigenetics. It then happened that there was a position in the Rentzsch group and that there was an opportunity to work on chromatin in Nematostella so I applied and was lucky enough to get the position. The Sars center itself is also a very attractive place to do your Postdoc. The resources and rather long contracts give you the time and scope to pursue more challenging and high-risk projects. The Nematostellafacility here is also probably the best in the world and it is managed in such a way that it frees researchers form the burden of animal care which would otherwise be limiting for some of the projects we do here.

-Nematostella has a large genome repertoire similar to those of bilaterian animals including vertebrates. From your paper, we also learn that its set of chromatin regulators is important. Any idea of whether there is a crucial genetic difference between animals like Nematostella and more complex animals, and what it can be?

So, I think that is a difficult question to answer. If we go back a few years before we had genome sequences then it was assumed that the differences between different animal groups would be down to the number of genes. This has proven to not be the case and in fact, the genetic “tool-kit” of all animals seems to be relatively similar. There are of course differences between groups but it does not seem likely now that any of these differences are enough to explain the evolution of more “complex” animals. I favor the idea that there are rather differences in how this genetic tool kit is deployed during development that can explain major transitions in animal evolution. We know that bilaterians regulate genes in time and space in a very complex manner and it is possible that gene regulation itself in more “simple” in animals like Nematostella. For example, genes in bilaterians are often regulated by large numbers of regulatory elements that act over long distances and provide precise control over the timing, levels and location of gene expression. We and others are now interested to find out in Nematostella if gene regulation relies on more simple logic and I think in the next few years the community as a whole will have a better grasp on whether or not this is the case. If it is the case that gene regulation is different in cnidarians and bilaterians this will just open up a new set of questions and it will be imperative to work out how it is different. This will require going far beyond simple descriptive work and will require a molecular and functional approach to really dissect gene regulation in different animal and non-animal groups and compare them and this is where I see my future work leading me.

I hate this question because I guess I’m kind of boring. I like reading, I like to grab a beer and pre-Covid-19 I enjoyed travel. In a recent surprise to me (and everyone who knows me) I have taken up hiking and rather enjoy it and of course in Bergen there is plenty of it to do.

-Where do you come from and what are your personal wishes for the future?

I originally come from the countryside in a county called Wexford in Ireland. In the future I would like to go back to Ireland and have my own group there but that is challenging. There have been some policies in the last number of years in Ireland that have led to cuts in the funding of basic science in favor of applied research and jobs creation but I hope that this will change and there are some signs for optimism. In the immediate term, I want to live in a few more countries and experience the world a bit more. One of the great things about science is that it gives you the opportunity to move around the world while still doing what you love and I want to take advantage of that while I can.

The genetic basis for PRC1 complex diversity emerged early in animal evolution, Proceedings of the National Academy of Sciences (PNAS) 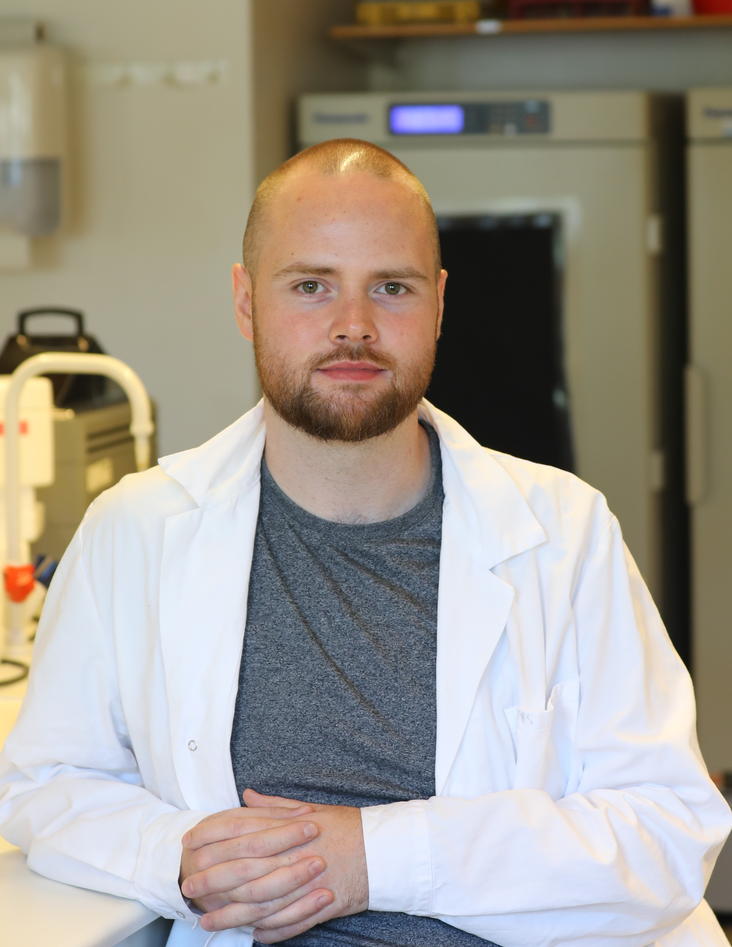