In a meeting on biological diversity on the high seas, scientists and other actors gave valuable advice to representatives from Norway’s Ministry of Foreign Affairs before final negotiations on regulation of natural resources outside of national jurisdiction.

OCEAN EXPERTS IN BERGEN: Professor Sigrid Schütz (left) was one of many experts in ocean science presenting research results to representatives from Norway's Ministry of Foreign Affairs reference group to the BBNJ negotiations during a visit to the University of Bergen. The photo shows Schütz in a panel discussion at the Ocean Sustainability Bergen Conference in October 2019.
Photo:
Eivind Senneset for University of Bergen

The Ministry of Foreign Affairs (MFA) visited the University of Bergen (UiB) for advice from researchers and various organisations on the so-called BBNJ negotiations, which are now entering the final phase. BBNJ is short for biodiversity beyond national jurisdiction and builds on the Convention on the Law of the Sea (UNCLOS).

“Norway’s BBNJ delegation has established a reference group, composed of relevant researchers and interested parties from industry, civil society and other societal actors to gather broad input to this process,” says Professor Sigrid Eskeland Schütz from UiB’s Faculty of Law.

When the reference group met researchers in Bergen, it was the third and final meeting of its kind after similar meetings in Oslo and Tromsø previously.

“The meetings all had an open session first, where the delegation informed the participants about the negotiations, and a second session focussing on certain topics in the negotiations,” says Schütz, “in the open section in Bergen, Secretary of State Jens Frølich Holte informed on Norway’s main priorities in the negotiations and Kjell Kristian Egge (MFA’s Special Adviser on International Law in the Ministry) on the status before the next round of negotiations.”

A wide range of questions

According to the law professor, the second session in Bergen focussed on marine management, where questions such as these were discussed: How to ensure that knowledge is emphasised in a global organisation? How to prevent research from being politicised? Will the establishment of a scientific committee promote knowledge-based marine management? Can we draw from experiences in other forums? And about impact assessments: Is the drafts decisions on impact assessments appropriate?

At present, there are still plenty of loose ends in the negotiations on the high seas, which was pointed out by several of the attending parties.

“The debate touched upon what position different state actors have on central parts of suggested measures. There were even questions as to whether a comprehensive agreement can be reached at all. Yet there was also emphasis that if certain key issues are agreed upon, it may not matter that there are many alternatives on minor issues, as these may be resolved if major issues are in place,” says Schütz.

The input from participants in the meeting were wide-reaching and diverse, according to the law professor.

“Everything from experience with ways to organise marine research and knowledge in different organisations to ways of securing indigenous knowledge, with the potential to verify scientific knowledge, in the processes,” says Schütz, “there were also views on expedient ways of organising work on impact assessments, whether it should be the flag carrying nation that carries out these or the state where the operating company is registered or a specially appointed authority.”

Schütz also contributed with a suggestion based on her own research in marine management.

“Several participants more than indicated that the draft is weak in terms of strategic impact assessments and that the outlined rules can turn out very differently across legislatures. This is illustrated by two possible alternative scenarios, based on a selection of proposals for impact assessments in the draft treaty.”

To close the meeting, MFA’s Kjell Kristian Egge, on behalf of the negotiating delegation, thanked the research community for input and underlined the importance of being able to draw on a larger community in the work to secure a BBNJ agreement.

Virtual centre for a sustainable ocean

Professor Sigrid Schütz is part of Ocean Sustainability Bergen, a virtual centre in sustainable ocean research at the University of Bergen. The centre is host for the university’s SDG14 assignments with United Nations Academic Impact (UNAI) and the International Association of Universities (IAU). 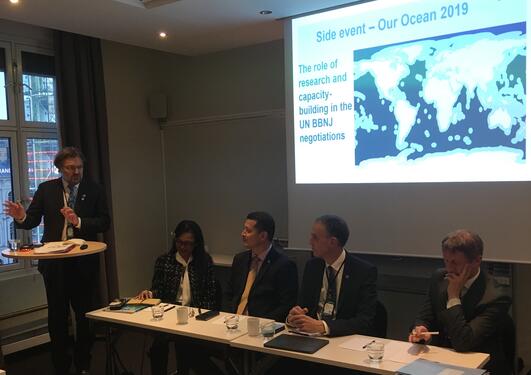 Reinventing the laws of the sea

In partnership with Palau's UN Mission and IOC-UNESCO, the University of Bergen arranged a side event at Our Ocean to discuss the science necessary to secure marine biodiversity beyond national jurisdiction as part of international law. 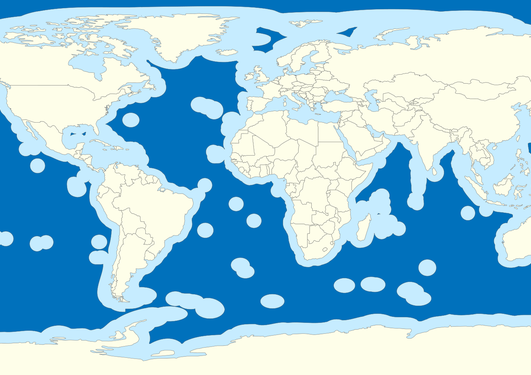 Side event on the conservation and sustainable use of marine Biological diversity in areas Beyond National Jurisdiction (BBNJ) process by the University of Bergen In collaboration with the Permanent Mission of Palau to the United Nations and the Intergovernmental Oceanographic Commission (IOC) of... 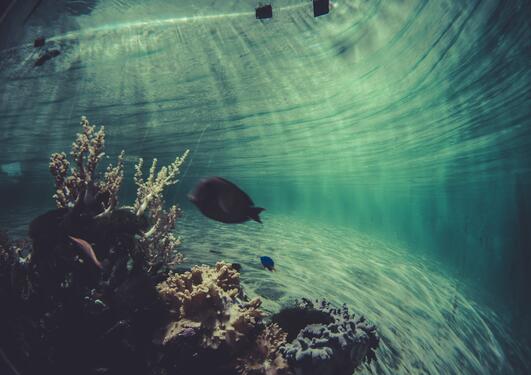 Finding the balance for a sustainable Ocean

A seminar in Bergen explores how the Ocean can be better regulated to ensure the balance between the harvesting of natural resources and the need for conservation. 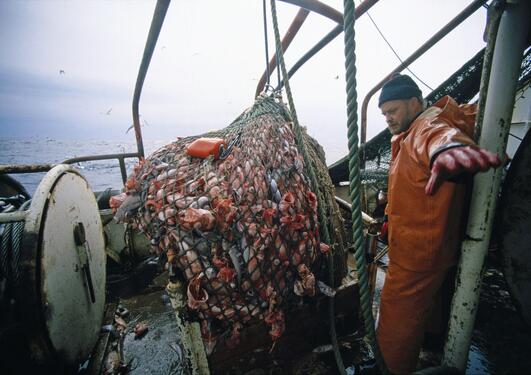 Legal puzzle in the North Sea

What is the best way to manage an ecosystem? This is one of the many questions Sigrid Eskeland Schütz deals with in her work as a professor of law.