Minister Tora Aasland handed over 10 million NOK to new infrastructure for the areas surrounding the Museum. Among other things, a greater connection between the new Aula and the Student Centre will be created.

On her visit to the University of Bergen on Wednesday 7 September, Minister Aasland got an update on the progress of the work on the new Aula. Earlier this year, Ms Aasland indicated in a letter to Statsbygg that the Ministry wants to combine the official opening of the Aula with the bicentennial of the Constitution in 2014.

In addition, the Minister brought with her an extra grant of 10 million NOK that will be used on infrastructure surrounding the Museum.

– ”We have previously received funding to take care of both the collections and to finalise exterior maintenance work. In addition, thanks to the Minister, Statsbygg is in the process of planning the work in the building’s interior. Things that remain are the surroundings of the building, the infrastructure, and in particular the garden area around the Museum. This is where we would like to use the money”, says Rector Sigmund Grønmo.

On Wednesday, Minister Aasland remarked that today increasingly more young people want  a higher education, while the society are increasingly in need of more competence. She added that the Museum Project also will benefit the students.

– “This is a very exciting and important project”, she said.

In the Revised National Budget, the universities of Oslo, Bergen, and Trondheim each received 10 million NOK for necessary maintenance. The University of Bergen (UiB) has chosen to spend the money on the Museum Project.

– ”UiB thus gets 10 million NOK of this year’s budget for work that is already well under way on the beautiful, newly restored facade”, says Aasland.

New entrance to the New Aula

Sigmund Grønmo said that the 10 million NOK will go to four different areas:
The fences around the garden area will be renewed and repaired.
The lighting in the Garden and around the building will be improved.
Maintenance work will be carried out on the basins outside the South Wing.
Plans for a new entrance to the Aula from Olaf Ryes vei will be made.
The last item means that a gate in the fence will have to be made to facilitate access to the new Aula. This will also contribute to creating a closer link between the Student Centre and the Museum.

– “In this way, we will introduce the students to the University’s history and traditions and combine the use of both the Aula and the Student Centre’s facilities when the grand occasions take place”, says Grønmo.

The Garden will be well looked after

There are two reasons for carrying out this work. One is to protect the Garden, to avoid that it will be affected negatively when the use of the building changes. What will actually be important is to control the stream of users in and out of the building in a secure way.

The second reason is that the Garden’s infrastructure will be shored up with regards to style and be kept in line with what happens to the building itself.

–“This will all be carried out on the best of terms with the Public Construction and Property Management of Norway, the Directorate for Cultural Heritage, our botanists who are responsible for the Garden, and of course the Ministry of Education and Research”, says Grønmo. 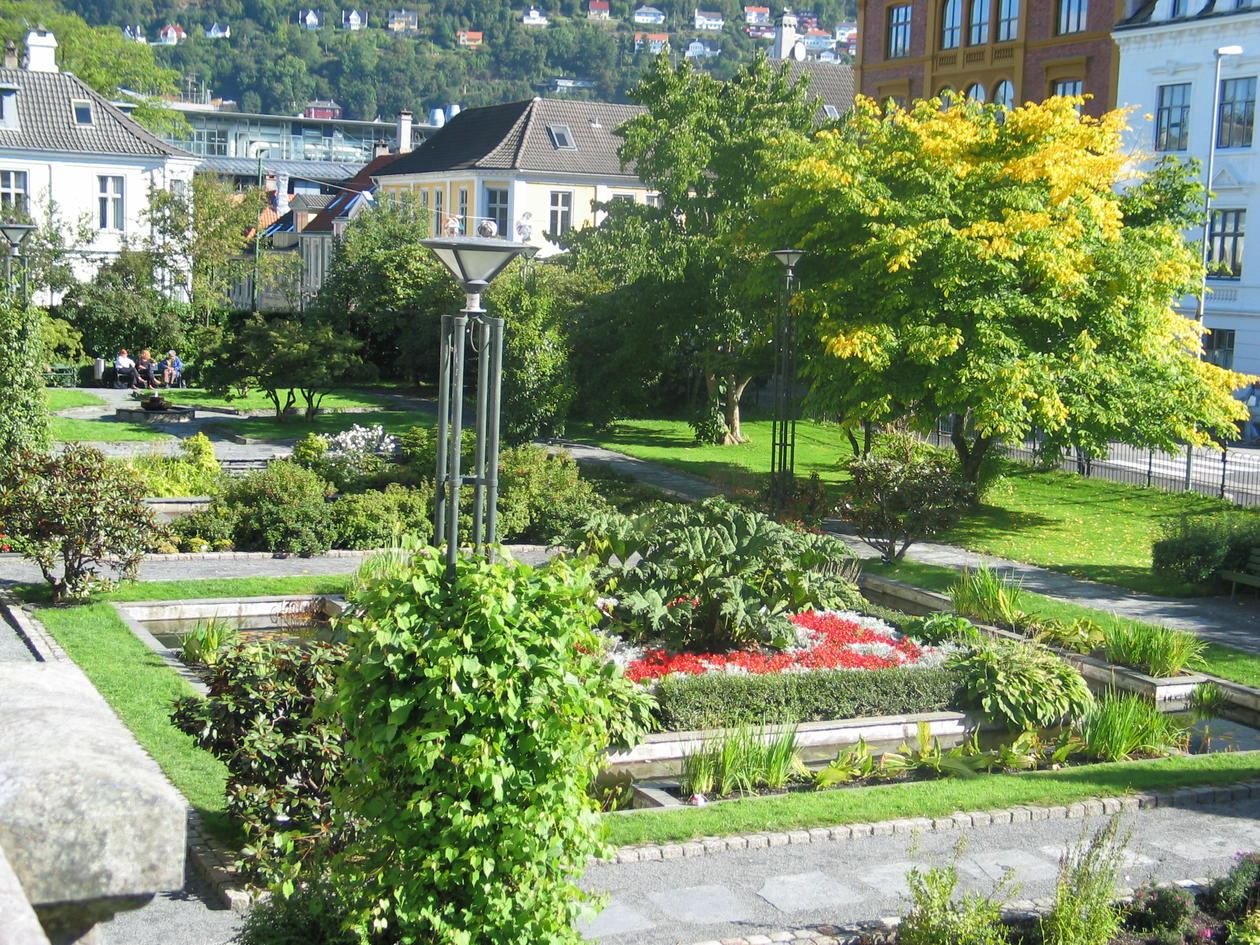