The Global Anthropology of Climate Change

Climate change is said to be the greatest global challenge of our time, but it is also a contested topic. How do we talk about these issues - from everyday life to the meetings of policy makers - and what are the consequences? Join the course SANT285 if you want to engage in discussions about climate change in a post-factual world.

In the Western Pacific, where the island people lives, the rise of the ocean is three times higher than on a world average. Here we see the Marovo Lagoon of Solomon Islands, where Edvard Hviding has followed developments closely since 1986.
Photo:
Edvard Hviding, 2010.

Every semester, the Department of Social Anthropology invites students to discuss and engage in current anthropological research in the course series SANT280- and/or SANT285-. For the autumn semester 2017, Professor Edvard Hviding will teach a course on the global anthropology of climate change. All lectures will be held in English and background in social anthropology is an advantage though not a requirement.

Climate change – the greatest challenge of our time

“The people of the Pacific have always been occupied by weather. They have a lot in common with, for example, the people of western Norway. If you live by the sea and are exposed to the forces of the weather, those forces become a part of everyday life. Pacific islanders have always been strongly exposed to the forces of nature: Cyclones, volcanoes, tidal waves. This is not new to them. What is new, is that the sea rises over the span of a generation, and that every cyclone comes with much greater force than before,” says Professor Edvard Hviding, who has carried out his research in the Pacific Islands for over 30 years.

In the Western Pacific the rate of sea-level rise is up to three times higher than the world average. That makes Hviding, and others with him, claim that the Pacific Ocean is the frontline of the global climate crisis. SANT285 will focus on the comparative global anthropology of climate change, which means that the course also includes perspectives on Inuits, African pastoralists, and other peoples of  the world who are now experiencing  climate change in different ways. Climate change is simultaneously a local factor of experienced environmental change, a scientific field of advanced study, and a global political discourse.

From the rising sea to global meetings

Professor Hviding will lecture and engage the students in seminar discussions around climate change – as seen from a beach or a mountain, to the global meeting rooms where climate politics are debated and agreements are sought. Anthropologists have traditionally been familiar with the localized places of human settlement where people experience their  environments of mountain, forest, savanna, river or ocean in rather direct ways. However, Hviding argues, anthropologists need to be present also in the meetings of political decision makers. The anthropology of climate change disrupts distinctions between “levels” of anthropological interest.

“The character of climate change as both a local environmental experience and a global discourse requires new anthropological approaches that range beyond the local and that connect a whole new range of different levels,” Hviding states.

In early June, Hviding travelled to New York for the UN Ocean Conference, where he observed how the island nations of the Pacific advocate for global political change with regard to the effects of climate change on the ocean, and the rising ocean’s consequences for their sovereign states.

“For the first time in recorded history,” Hviding says, “entire countries are in a situation where their land may be flooded by the end of the century. People of the Pacific Ocean are in a different position than for example the Inuit and other circumpolar peoples. Pacific Islanders are representing states in UN meetings, and following the logic of UN, each state holds a vote.”

Therefore, Hviding exemplifies, Tuvalu with its 10,000 inhabitants has a UN vote that in many contexts is equal to that of China. The circumpolar peoples, by comparison, are indigenous minorities in states that may not provide them with privileged access to UN fora to put forward the climate issue. For other marginalised peoples of the world, sea-level rise, drought, agricultual collapse, extreme weather and other effects of global climate change may undermine their very existence, without this necessarily becoming an issue of global attention. Climate change, therefore, reproduces and reinforces existing global inequalities and generate new ones, Hviding argues.

Climate change in a post-factual world

In December 2015, 193 of the world’s 195 countries  reached a shared decision in Paris, within the United Nations Framework Convention on Climate Change (UNFCCC). Such a global agreement had never happened before. Nevertheless, climate change continues to be a contested topic in contemporary political debate and activism. This recently became pronounced, when president Donald Trump withdrew the United States from the Paris agreement. Assumed truths of science are not uncontested but are denied or cast into doubt.

“Disagreement over climate change can as such be seen as a prime manifestation of ‘post-factual’ conditions,” Professor Hviding states.

All students who want to engage in discussions of climate change in a post-factual world: sign up for the SANT285 course in the 2017 autumn semester. 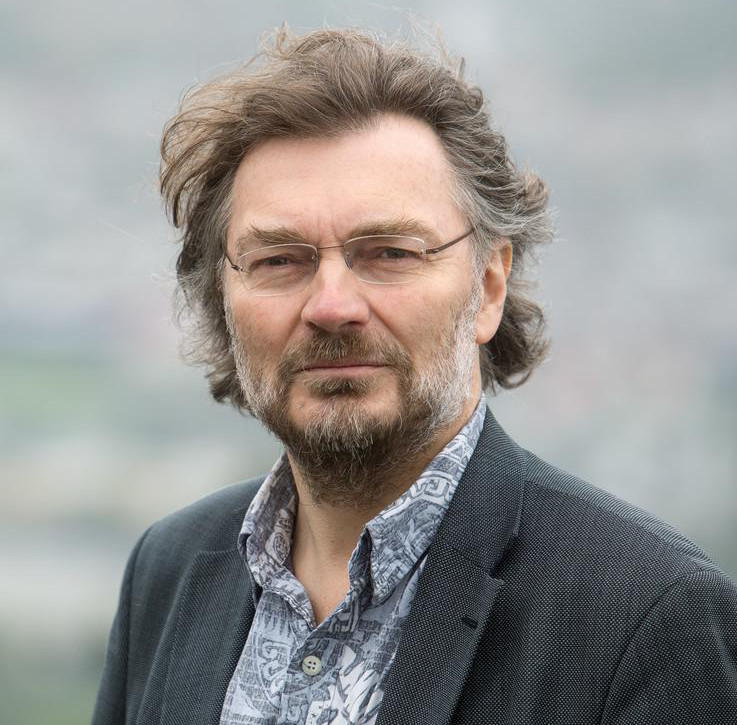 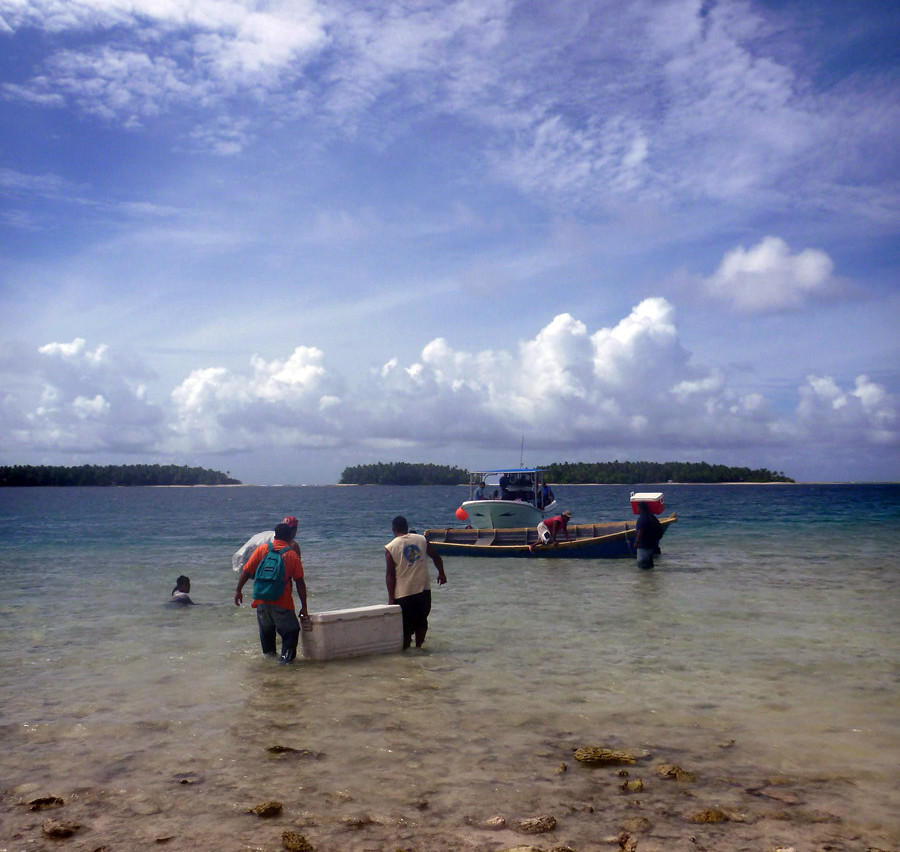 Everyday life: people of the Pacific orient their lives around weather patterns, and have always been strongly exposed to the forces of nature.
Photo:
Are Erik Brandvik, 2014 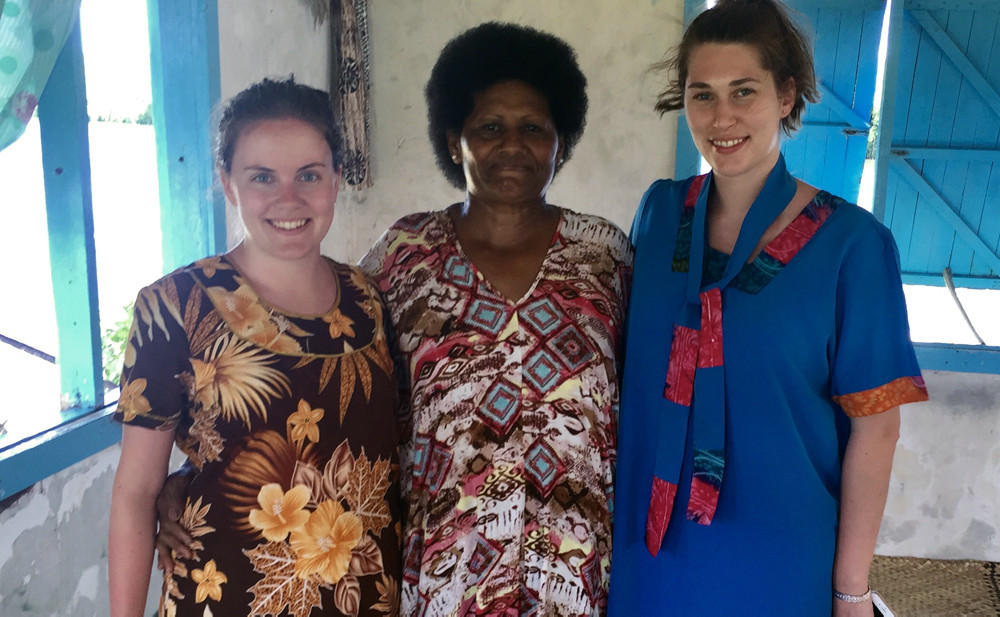 Study climate change in the Pacific: two anthropology students, Helene and Anna, study in Fiji the spring semester of 2017. The cooperation between UiB and University of the South Pacific involves both research collaboration and student exchange.
Photo:
Helene M. Tennebø 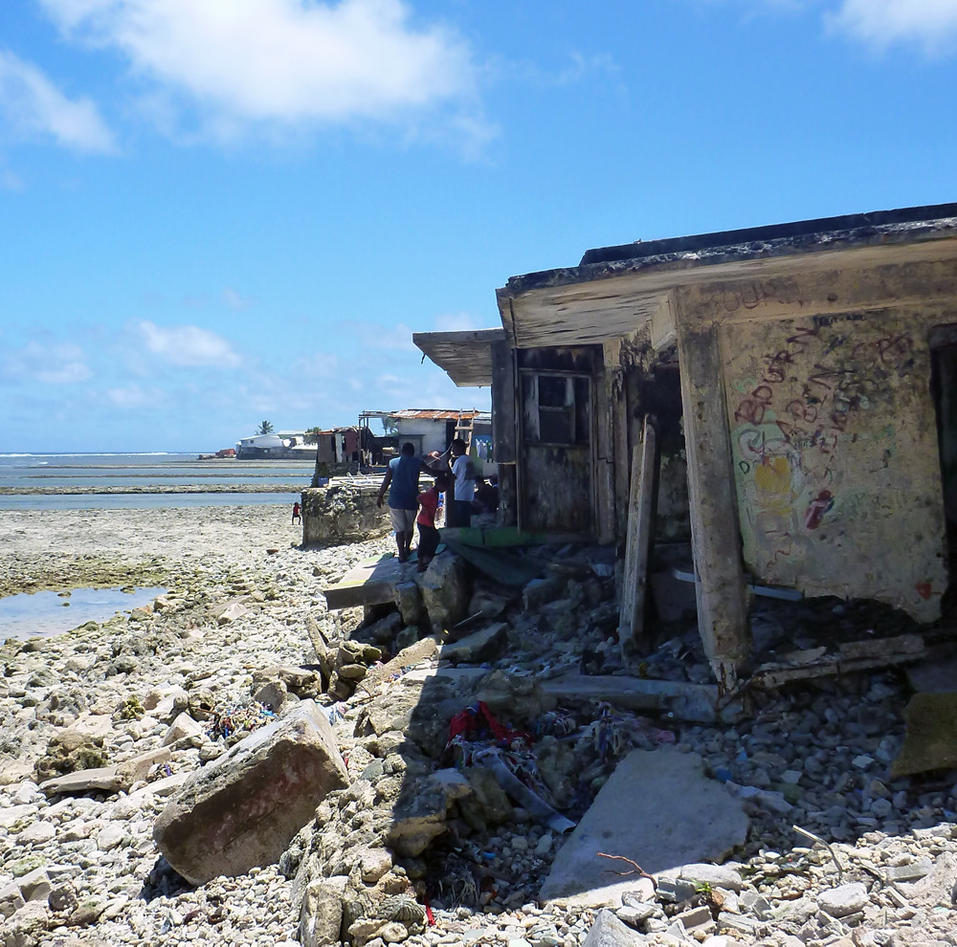