Near the end of the last ice age, the global sea level rose 12–14 meters in less than 350 years. Most of the meltwater has been thought to have come from North America and Antarctica. A new study shows that the ice over coastal Norway and the Barents Sea may have contributed almost as much.

Abrupt warming 14,650 years ago made the ice melt in northern Europe speed up. In 300–500 years, about as much ice as there is in West Antarctica today, broke off and melted in the Norwegian Sea and the Arctic Ocean. This is the conclusion in a study published in the journal Nature Geoscience April, 2020.

«Our results show that a gigantic ice sheet can disappear rapidly when the climate changes, especially if it rests on the sea floor”, says Jo Brendryen.

The ice sheet that covered the continents during the last ice age were greatest about 20,000 years ago. So much water was held by the ice that the global sea level was 120–130 meters lower than today.

Thick ice did not only cover Scandinavia, but reached across the Barents Sea to Svalbard, and over the continental shelf to the Norwegian Sea. From the ice edge, huge icebergs broke off and drifted out into the ocean, as seen along the coast of Greenland and Antarctica today.

The maps show the ice sheet covering Scandinavia and the Barents Sea 14,700, 14,500, 14,000 and 12,000 years ago. The black dots mark locations the time of old data have been calibrated. The white marks are the source data locations. The white numbers show the age determined for the marked boundaries of the southern and northern part of the ice sheet, in thousand years.

Slowly, the ice withdrew. Then, 14,650 years ago, the air over the North Atlantic suddenly became much warmer. Ice cores from Greenland have indicated that temperatures there rose 14 degrees in a few decades. Increasing temperatures accelerated the melting, and in about 340 years the global sea level rose 12–14 meters.

Previous research has indicated that the ice over the region that is now the Barents Sea, and over the continental shelf of Norway, was gone before the abrupt warming started. As a consequence, it has been assumed that almost all the meltwater that poured into the ocean must have come from the huge ice sheet over North America and from Antarctica.

But what if this is wrong? What if the ice sheet over the Barents Sea was not already gone? What if this was the period when it melted away?

Jo Brendryen and his collegaues have reconstructed the time scale for the Norwegian Sea for the period between 21,000 and 12,500 years ago. The new timing shifts the ice melt in the ocean regions 1,500–1,700 years forward. This makes the flood of meltwater from this part of the world coincide with the abrupt sea level rise.

Paleo climate scientists study the climate of ages before instruments to measure temperature and other variables were invented. When studying the ocean, they can use fossils collected from sea floor sediments to determine what the climate was like when these organisms were alive. But estimating the climate is not sufficient.

To use the results, you need to know when the climate was in a specific state. You need a record of time.

Carbon-14 dating is one of the most used methods. The amount of carbon-14, or C-14, in something that once was alive, can be used to determine how old it is. It is not always simple, though. The relationship between C-14 age and real age varies, especially in the ocean. You need a calibration curve to determine how much.

Jo Brendryen and his colleagues have made a new calibration curve that corrects the old record of time for C-14 in the Norwegian Sea. The results are based on calcium carbonate shells found in sediments collected from the ocean floor.

Waking up the ice giant

“If you have used shells from a moraine at the continental shelf, measured C-14 and used the old curves to calibrate the age, you will have got it wrong by 1500–1700 years”, says Jo Brendryen.

The new results shift the withdrawal of the ice from the continental shelf off the Norwegian coast and in the Barents Sea forward in time. Ice believed to be gone 15 500 years ago, may have remained till the abrupt warming around 14 650 years ago and melted away then, in 300–500 years.

The amount of ice corresponded to 5–8 meters’ global sea level rise, on average 1.6 centimeters per year. That is comparable to the gravest scenarios for ice melt in Antarctica in the coming centuries.

Like the ice sheet over the Barents Sea in the ice age, the ice streams in West Antarctica and at the coast of Greenland today flow from the continent and out over the ocean floor. Sea water that intrudes under the ice, can increase the ice melt.

“How the ice sheets of Greenland and Antarctica will react in a warmer climate, is very uncertain”, says Jo Brendryen.

Together with his colleagues, he will use the ice of the past to test and train models used to study today’s huge ice sheets. This way they hope to contribute to more certain projections of future sea level rise.

“We need to know more about how these ice giants behave when they are awakened”, he says. 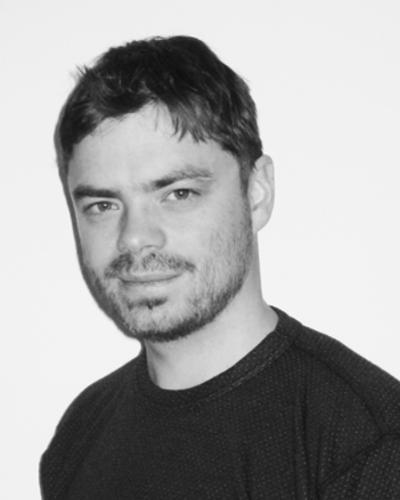