”I wanted to do something relevant that could serve a purpose and reach people outside of the field of linguistics. I do not want to do linguistics just for the sake of it”.

Francis enjoys life as an PhD-candidate and the opportunity it brings to cooperate with colleagues at UiB and elsewhere.
Photo:
Mikkel E. Paulsen

Francis Badiang Oloko is writing his PhD dissertation on the Cameroonian discourse surrounding global warming. More specifically, he is analyzing speeches from the Cameroonian president and from his minister in charge of climate-related questions in order to sort out some of the voices that affect the issue of climate change. How can a ultiple number of these voices be represented by a single speaker in a single speech? And what are the relationships between those voices?

How did you become a PhD candidate at UiB?

I am from Cameroon where I grew up in the capital Yaoundé. I had bilingual training in French and English and got a Bachelor’s degree from the University of Yaoundé. I had the option of studying at the higher teacher training college to qualify as high school teacher. In order to get in, I needed to pass a competitive entrance exam, which, luckily for me, I did. So basically I took two master’s degrees, after which I started teaching English and French in high school.  At the same time I got enrolled in a PhD program at the university.

Combining my professional activities in high school along with working on my PhD project was very demanding. There was an average of 100 students in each of the four classes I was assigned to in high school, and I also had to mark papers for my supervisor at the university, where there could be up to 1500 students for just one level.

So when I got the idea of a scholarship at the University of Bergen, I was of course hesitant because it entailed doing a third master’s degree in French, and I already had a PhD position. However, when I thought a little bit more about it, I decided that I was not going to spend 7-8 years writing my dissertation in Cameroon, which is not unusual by the way, but rather accept the invitation to come to Bergen, where I could do it in 4 years and in a far better working environment. After one year on the master’s program, I got the chance to switch to PhD.

What is your PhD project about?

I work on political speeches about global warming from the current political regime in Cameroon. I want to dismantle the climate discourse in Cameroon and bring out the various voices that are activated through political speeches by key parties. One concrete thing I wish to figure out is whether the issue of climate change is addressed on the basis of being an international trend, or if the president and his climate minister are genuinely concerned and determined to introduce policies that counteract global warming. The president has, for instance, established a ministry to deal with climate-related issues, mainly in December 2004, and that can be seen at least a sign that they might in fact be serious about this.

Furthermore, I am using a theoretical framework that was introduced by Scandinavian researchers, one of whom is my main supervisor, Professor Kjersti Fløttum. I have been lucky enough to meet another prominent figure working with this theory, Professor Henning Nølke, on one occasion. The theory is called “ScaPoLine”, which is an acronym in French for the Scandinavian Theory of Linguistic Polyphony. This theoretical framework is also my main challenge. In fact, bridging from Øyvind Gjerstad’s (my co-supervisor) postulation of  discourse polyphony, I want to simplify it by limiting its scope and the interpretation tool itself so that it can be accessible to people even outside the field.

What triggered you interest in this field?

Well, global warming is a serious issue, and in Cameroon it has a great impact on the lives of the people that live there. We have dry seasons that last longer and longer than before, and in a couple of years we might even face drought in some parts of the country, especially the northern part. In other parts we have almost the opposite, namely floods and more violent storms. These changes may be devastating to agriculture and basic food production that our livelihood depends on. I am afraid that in some regions we could face a famine in the years to come.

The other interest is within the field of linguistics. I was tired of doing general linguistics and figuring out further descriptions of the French language, so I wanted to apply the knowledge to something that in my opinion could serve a purpose for people outside the field and society in general. I did not have this opportunity in Cameroon, so therefore I am really happy to be in Bergen where I have a supervisor, Kjersti Fløttum, and a co-supervisor, Øyvind Gjerstad, who both are experts in the field in which I am working. Also the fact that they are available almost all the time and give me valuable feedback on my project makes me more confident in my project.

Where do you go from here?

Well, I am halfway through my three allocated years as a PhD student. I have written one article, which was a rewarding experience, and I have one more in the making. In addition, I will of course focus on my monograph, and hopefully I will be able to write a third article on the side. Thereafter, I hope to be able to continue working with research within academia, or if not, within another research institution. 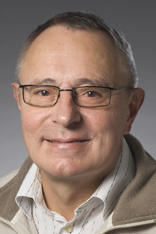 Henning Nølke, Professor of French at Aarhus University, was one of the founders of ScaPoLine that Francis was excited to meet.
Photo:
Aarhus University
Tilknyttede personer 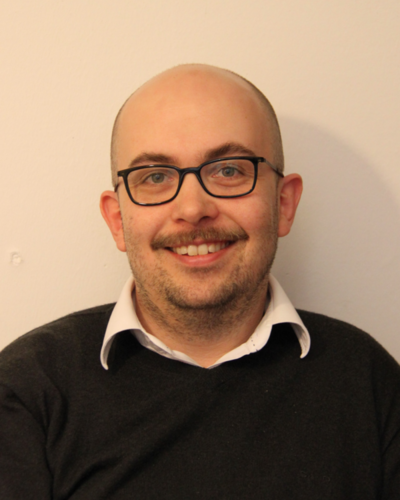 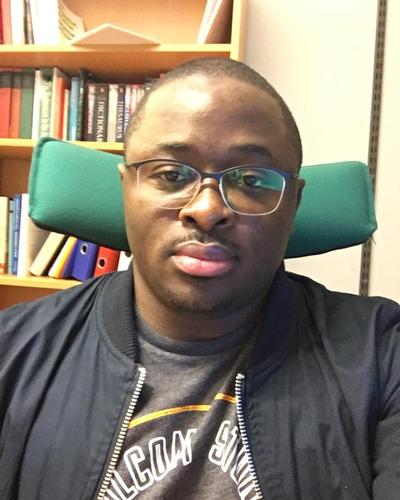