The Future of Energy

A mini-conference organized and run by students from the UiB/HiB energy master for the Energy Lab was held Thursday the 3rd of November. During this conference three keynote speakers from BKK, Statoil and Greenstat presented their views on the future of energy.

Professor Peter M Haugan started the mini-conference by presenting the Energy Lab and the UiB/HiB energy master. He also reminded the master students about five 10 000 NOK grants that will be awarded by the Hordaland County Council to those who want to write a master thesis related to their climate action plan.

Asgeir Thorsteinsson is the head of the section “Strategic asset management of BKK power plants” in BKK. BKK is a nearly 100-year old power company, with their core business in hydropower and deep roots in western Norway. In later years BKK has also engaged in other activities, such as contracting services, district heating, metering of energy and internet, TV and telecom.

According to Asgeir, the future is happening right now. Alternative energies such as wind and solar are increasing, investors are withdrawing from coal and large global companies such as Google and Apple are positioning for renewable energies. We are moving towards a more decentralized energy system, but hydropower will remain a central part of it. Hydropower can be stored for prolonged periods, produced on demand, easily adjusted and can also be used to decrease flood peaks. Therefore, as the core competency of BKK, hydropower will also be very important for the company in the future.

BKK is also thinking new, and will target other segments than hydropower. For example through new focus areas such as local energy solutions, design of energy systems and charging stations.

Marte Godvik is a principal researcher at Statoil, and is working mainly on modelling and simulation of loads and responses for both bottom-fixed and floating offshore wind turbines.

Statoil is a large multinational oil and gas company. In 2015 they announced a new business area called New Energy Solutions, which aims to build a portfolio of new, non- oil and gas options. Their focus is primarily on offshore wind and carbon capture and storage (CCS).

Statoil installed the world’s first full scale floating turbine about ten kilometres off the south-west coast of Norway. The turbine has had an overall capacity factor of 40 %, and the installed active motion controller has helped the floater to have no negative impacts on the performance of the turbine.

The Hywind concept has now been further developed, and in 2017 a pilot wind park consisting of five turbines will start producing electricity from the wind outside Scotland.

Statoil is also involved in several other offshore wind projects. All their wind projects currently in progress, including Sheringham Shoal and Dudgeon, will in total deliver 1100 MW enough to power more than a million homes.

The final presentation was held by Vegard Frihammer, the founder of Greenstat. Greenstat is a relatively new company, originally created as the “new green Statoil”. It was officially founded the 18th of September 2014, on the same date as Statoil was founded in 1972.

Greenstat focuses on mainly three areas, green insight, local energy and hydrogen. Their vision is to develop and run projects related to sustainable energy and technology, and also projects that help the transition from fossil to renewable energy production and consumption.

In the green insight area, Greenstat makes fact-based future scenarios and investigates which technologies will be the winners in the “green shift”. Through local energy, Greenstat believes that through the large price reductions we see on solar, wind and energy storage today we will soon reach “socket parity”, i.e. the local energy solutions can produce power at a lower price than the electricity from your sockets.

Finally, and maybe the area that has received the most focus, is hydrogen. Greenstat aims to be a large-scale producer of hydrogen, to be used as fuel to ships, personal vehicles, for industrial use, back-up and storage and also for export. A colleague of Vegard, Tomas Fiksdal visited the Energy Lab lunch-meeting the 1st of November. He gave a talk entirely about Greenstat’s efforts on hydrogen. You can read more about this on page 7.

A big thanks to Estee Vermeulen, Sunney Fotedar and Rouzbeh Siavashi for organizing and running the very successful event! 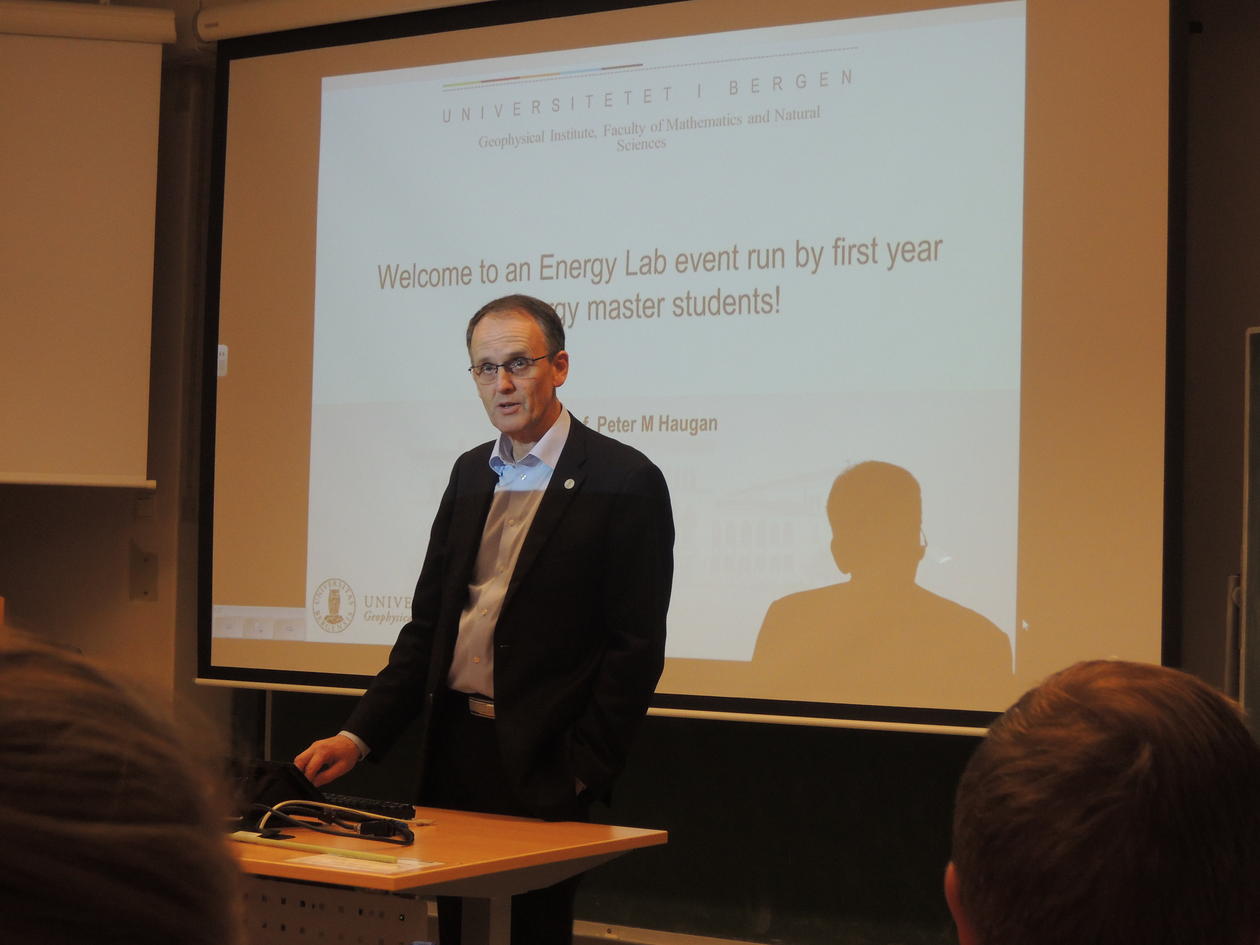 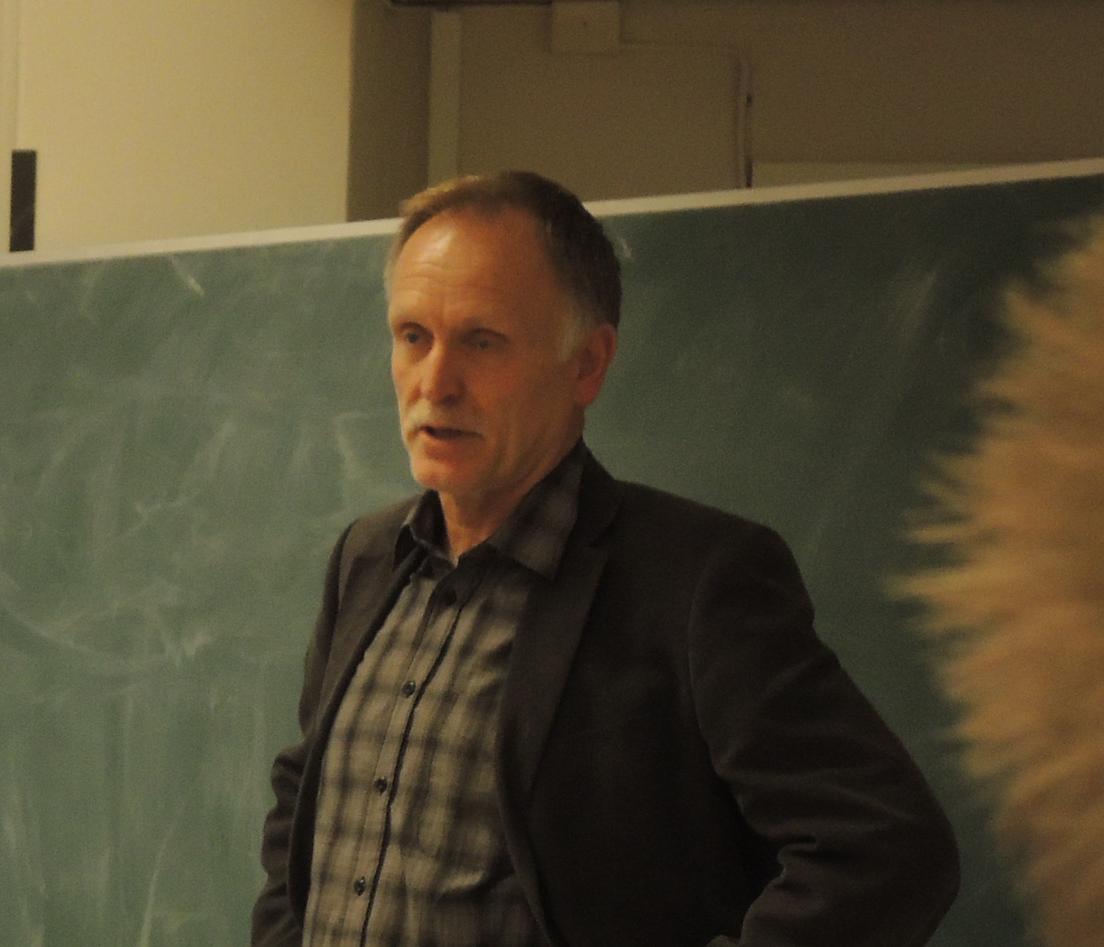 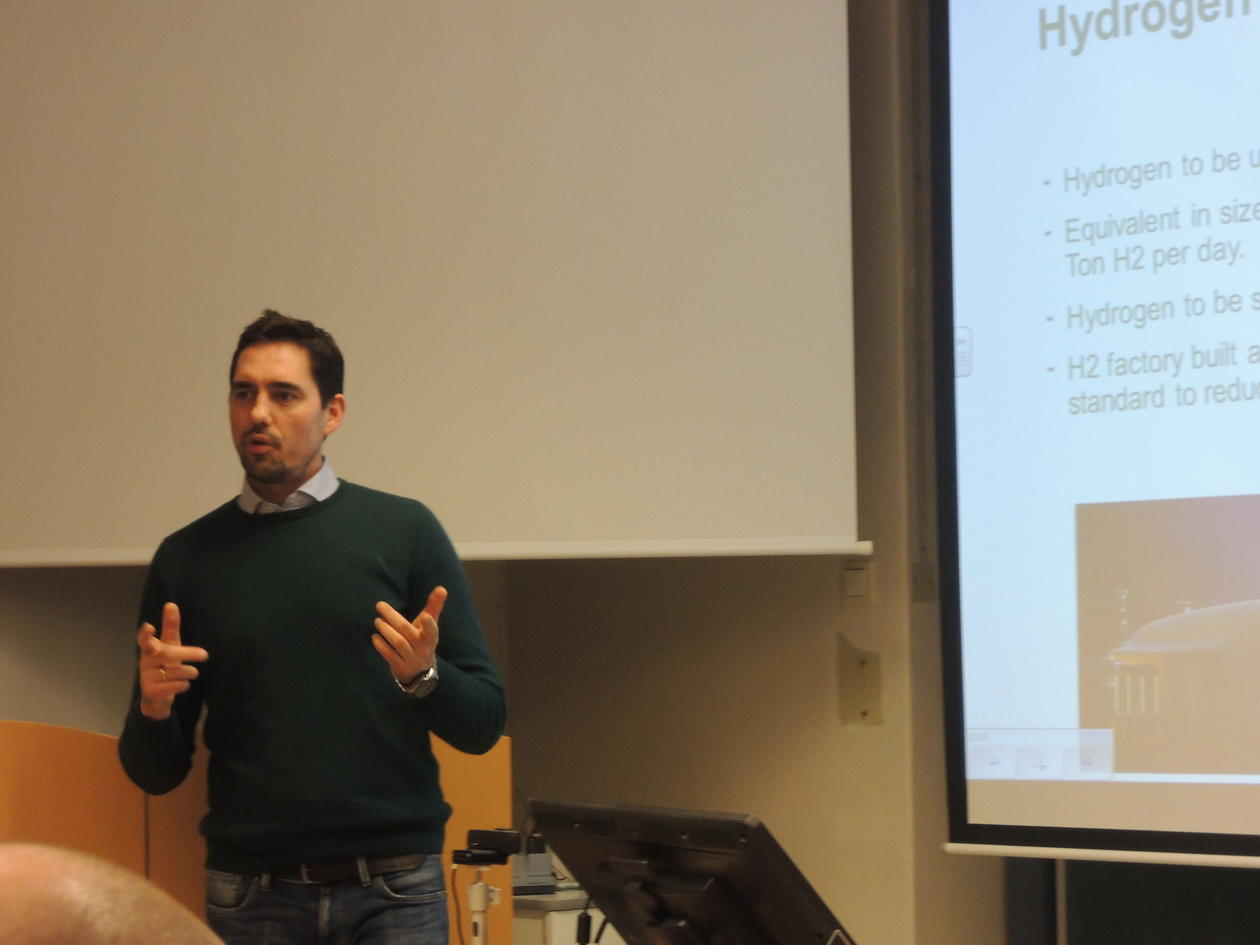