Over the past decade, evidence of bioalteration in subseafloor volcanic glass put the ancient subseafloor on the map as a possible environment for the origin of life on Earth. Subseafloor rocks from the Archean found in the Barberton greenstone belt in South Africa are some of the earliest and best preserved oceanic rocks in the world, making Barberton a target site in which to seek out early Earth biosignatures. Microscopic textures found in ∼3.45 billion year old volcanic glass from the Barberton Mountain land of South Africa have been argued to record some of the earliest evidence of microbial activity in the ancient subseafloor. New data published in the Proceedings of the National Academy of Sciences (PNAS) by Grosch and McLoughlin of the University of Bergen, Norway question whether the methods and data used to advocate the biogenicity of these ancient microtextures are reliable. The findings in their study not only challenge a current paradigm of how and where to explore for signs of early life on Earth and beyond, but also put forward a rigorous multi-pronged approach to testing for biosignatures.

Previous work from surface outcrop in 2004 on the Barberton microtextures led to the proposition of a “bioalteration” model by some workers, whereby the titanite microfilaments represent the Earth’s oldest trace fossil. In this model, microbes in the early subseafloor are thought to have etched into volcanic glass, leaving microscopic tunnels which were later infilled by titanite and other seafloor alteration minerals resulting in preservation of the structures within the rock. In the PNAS article Grosch and McLoughlin return to these microtextures for a closer (as well as broader) look, reporting morphological, radiometric age, and metamorphic data. The microtextures in the focus of the new study were investigated throughout a continuous section of drill core collected from the Barberton Scientific Drilling Project which recovered an intact sequence of ancient subseafloor pillow lavas from South Africa, providing a unique window to investigate the biosignatures.

Upon analysis of the 180 meters of fresh drill core, a more diverse spectrum of titanite microtextures were observed than originally described. The microtextures ranged from simple spheres and bands to complex filamentous structures. Morphological examination of the titantite microtextures revealed that a majority of the present textures in the drill core are not compatible with sizes, shapes and distribution of other microtextures from the recent ocean floor considered to be of a biological origin. Secondly, improved radiometric uranium-lead dating of the titanite using two independent instruments and methodologies was conducted at the Bergen Geoanalytical Facility. The two dating methods had concurrent results, revealing a much younger age of 2.9 billion years for the microtextures. A seafloor bioalteration origin for the textures as the previously proposed model suggests would require a much older age for growth of the titanite. Lastly, microscale metamorphic mapping found that the titanite filaments are best developed in low-temperature metamorphic domains leading Grosch and McLoughlin to propose an alternative abiotic growth model.

The geological drilling revealed that the rock sequence is intruded by late stage sills and dykes, sheets of magma that were intruded 2.9 billion years ago into the area and would have heated the surrounding rocks. This contact metamorphism leads to the growth of new minerals and is argued to have led to the development of the titanite microtextures. All together, these new findings challenge the biological origin of the titanite microtextures previously argued to be Earth’s oldest trace fossils. Lead author on the PNAS paper Dr. Eugene Grosch comments that “We need to use exclusion-based discovery techniques when we look for ancient biosignatures in Archean rocks. To do this, we need to eliminate abiotic possibilities first: we need to have a good understanding of the local geological setting, analyse multiple reliable signatures, and also consider morphological data and compare all of these in respect to the current proposed criteria for biological origins.”

There are several alternative lines of evidence for early microbial life on Earth c. 3.45 billion years ago. This new work proposes that filamentous titanite microtextures in subseafloor pillow lavas are not a reliable cue for microbial activity on the early Earth. Thus the focus for such discoveries returns to other proposed sites for the origin of life, such as deep sea hydrothermal vents, seafloor sediments and shallow marine environments, as well as other yet to be discovered settings.

In a related study published in Astrobiology, Grosch and colleagues use the Barberton microtextures as a case study to illustrate how to search for life in altered basaltic lavas on other planets, such as Mars. Planetary scientists have found abundant evidence for the interaction of water with ancient basaltic lavas on Mars, opening up the possibility that traces of microbial life could be found in these locations. “We are hopeful that this data and new approach will lay a platform for robust analyses in future studies of biosignatures on the early Earth and in extraterrestrial discoveries as well” says Dr. Grosch. “The search for early biosignatures isn’t over; in fact a new exciting phase is just beginning in the search for robust evidence. The data teaches us that we should be looking to signatures (morphological and chemical) other than titanite structures to find evidence of life, both on early Earth and on Mars”.

The PNAS paper is freely available online to the public. Follow this link to read the article.

Eugene G. Grosch and Nicola McLoughlin (on-line Early Edition). Reassessing the biogenicity of Earth’s oldest trace fossils with implications for biosignatures in the search for early life. Proceedings of the National Academies of Science, USA. 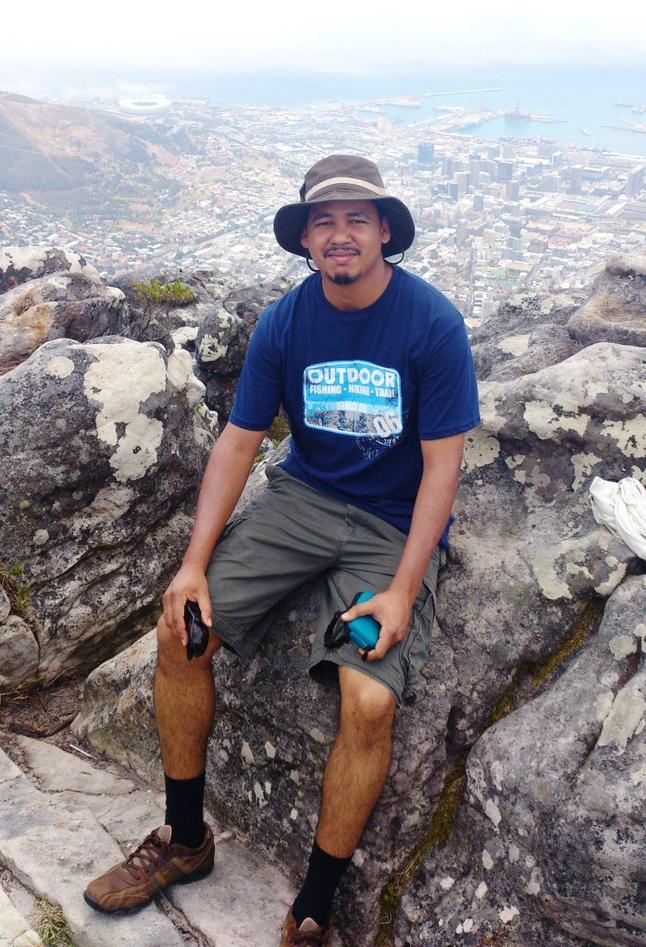