A HISTORY OF WATER

The pioneering History of Water series brings a much needed historical perspective to the relationship between water and society. The volumes in the series aim to show how history and development – from the birth of civilization to the present day – may be enriched, and new understandings and reinterpretations realised, by a proper awareness of the significance of water.

Water issues can only be fully understood when all aspects – social, cultural, political religious and technological – are properly integrated.

The series brings together scholars from a wide range of disciplines and an unprecedented number of countries, to present a unique overview of water issues in different regions of the world. Narratives of human/water relations from around the globe provide a wealth of analysis and information. Building upon the success of the first series, Series II begins with three volumes that present original articles on the history of our ideas of water (volume I); how human/river relations have shaped important historical transformation processes (volume II); and how the struggle to control water is an issue of growing geopolitical importance (volume III).

- Ideal for teachers teaching world history and for students studying world history.
- Written by some of the world’s most eminent scholars in their fields
- Extensive coverage of all the continents
- A number of maps, drawings and illustrations

The Series editor of the two series is historian, professor in political science and professor at the Department of Geography, University of Bergen, Terje Tvedt. The work started back in 2001 when Tvedt and his colleagues was responsible for organizing the biggest conference on water and history ever, with participants from more than 70 countries here in Bergen. Series II in “A History of Water” was developed while Tvedt was leader of the international research group “Water in History and Development” at Centre for Advanced Studies at the Norwegian Academy of Science and Letters in Oslo in 2008-2009.

The two series are available from www.ibtauris.com 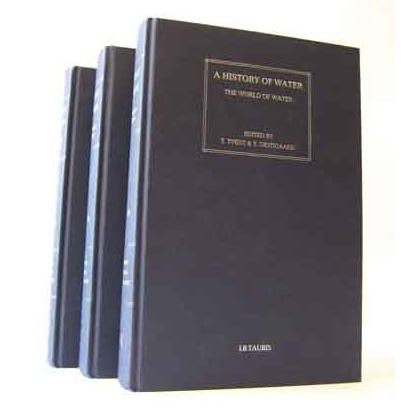