That the ocean slows down global warming by absorbing CO2 from the air, is pure chemistry. But to find out how much, you have to know how the ocean moves. Friederike Fröb's PhD shows that both weather and ocean currents play a role.

Next
Both weather and the circulation in the ocean affect how much CO2 the ocean can absorb from the atmosphere.
Photo:
Friederike Fröb
1/2
Supervisors Emil Jeansson (Uni Research and the Bjerknes Centre) and Are Olsen (University of Bergen and the Bjerknes Centre), Friederike Fröb, and the opponents Arne Körtzinger (GEOMAR) og Tatjana Ilyina (Max-Planck-Institut für Meteorologie).
Photo:
Ellen Viste
2/2
Previous

Friederike Fröb defended her PhD on June 27, with the thesis ”Climate controlled mechanisms of subpolar North Atlantic carbon uptake”. She shows that the uptake of CO2 in the North Atlantic depends both on the weather and on the circulation in the Atlantic Ocean. The study has been performed at the Geophysical Institute at the University of Bergen, and the Bjerknes Centre for Climate Research.

The North Atlantic is among the ocean regions that absorb the most CO2 from the atmosphere. In some periods, natural variations in the ocean currents can mask the uptake of anthropogenic CO2.

As the CO2 concentration in the air increases, some of the extra CO2 is taken up by the ocean. This is pure chemistry – a continuous strive for balance. But once a new equilibrium is reached, nothing more happens, unless the surface water is replaced.

In April 2015, Friederike Fröb and colleagues were on a field cruise in the Irminger Sea, between Greenland and Iceland. The winter had been cold in large parts of the North Atlantic, and the wind near the southern tip of Greenland exceptionally strong. When the water in the surface is cooled, it gets heavy and sinks. Data from the cruise showed that the surface water in the Irminger Sea had been mixed down to 1400 meters below the surface.

This also brought CO2 down into the deep, and water not saturated with CO2 was brought to the surface, allowing more CO2 to be absorbed from the air.

Friederike Fröbs PhD thesis also shows that variations in the Gulf Stream affect how much CO2 that is absorbed by the water in the North Atlantic. The strength of this circulation can vary from decade to decade.

The current flowing northward through the Atlantic transports salt to the north. Some periods bring more of this saline water than others. The more salt in the water, the more CO2 it can absorb from the atmosphere. One of the reasons why the ocean can absorb so much CO2, is that the CO2 molecules react with other substances in the water. Less saline water also contains less of these substances. As a result, fresher water takes up less CO2 from the atmosphere.

Since 2005, the water in the Iceland Sea and the Irminger Sea has been fresher than in the previous decade. This has contributed to the uptake of CO2 at the ocean surface being lower that it would otherwise have been.

Such natural variations on time scales of less than a decade can mask the contribution from anthropogenic CO2 emissions. One of Friederike Fröb's most important tasks has been to separate naturally occurring variations from the anthropogenic influence. 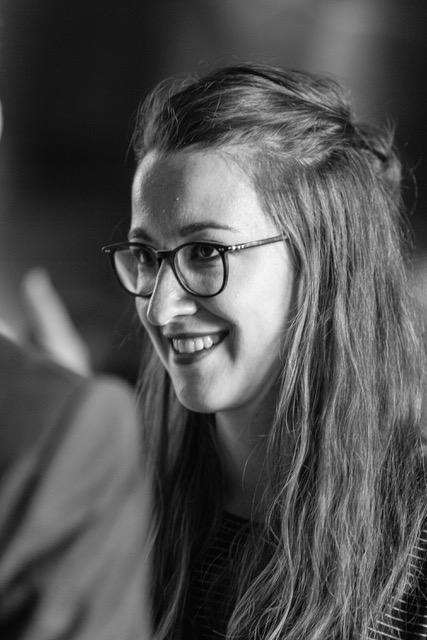 The route to and from the Irminger Sea in April 2015.
Photo:
Ocean Data View