Pacific impact on the Arctic larger than expected

Lea Svendsen was at first surprised to see how the Pacific impacted winter temperatures in the Arctic. Now, her results have been published in Nature Climate Change, while the Pacific transitions into a warm phase again.

Temperatures in different parts of the Pacific Ocean oscillate between warm and cold phases. This influences weather and climate in regions far away.
Photo:
Gudrun Sylte

Pacific sea surface temperatures oscillate naturally between warm and cold periods lasting around 20 years each. When the Pacific is warmer than normal, it can contribute to higher winter temperatures in the Arctic

This is shown in a study published in the journal Nature Climate Change today. The research was conducted by scientists from the Bjerknes Centre, the Geophysical Institute at the University of Bergen, Uni Research and the Nansen Environmental and Remote Sensing Center.

"The results imply that a warmer Pacific Ocean in the following decades could accelerate the ongoing Arctic warming", says Lea Svendsen, who has led the research on this study.

The Pacific was in a cold phase between 1999 and 2013. This compensated for some of the global warming that is caused by greenhouse gas emissions. The global warming during those years was consequently less than expected.

Even though the Arctic temperatures have increased dramatically in recent years, the Pacific has been cool and this could have dampened the Arctic warming. Now the Pacific might be transitioning into a warm phase.

Surprised by the results

It is not new to scientists that the global oceans can impact Arctic temperatures. But until now the Atlantic Ocean has been recognized at a more obvious candidate than the Pacific. Heat is transported northward by the Gulf Stream and the atmosphere. A lot of research has therefore focused on the link between the Atlantic and the Arctic.

Lea Svendsen was therefore surprised when she saw the results from their Pacific Ocean experiments. She is no longer surprised.

"With the Atlantic Ocean as our closest neighbor here in Norway, it is easy to forget the vast Pacific Ocean on the other side of the globe, and it has been challenging to convince my colleagues here in Bergen that the Pacific can be so important for the Arctic. I was surprised myself when I saw the results. But after working on this for a few years now, I would rather be surprised if the Pacific Ocean didn’t impact the Arctic. Our colleagues in Japan that know the Pacific well were clearly less surprised by our results than our colleagues at home in Bergen."

The researchers at the Bjerknes centre have, in this new study, investigated a specific period in time between 1910 and the 1940s. During these decades the Arctic temperatures increased by more than one degree. This increase in temperature is comparable to the warming from 1970 to 1990 when greenhouse gas emissions were much larger than during the 1920s and 30s. It is therefore unlikely that the greenhouse gas emissions alone could explain the Arctic temperature increase that took place from 1910 to the 1940s.

We already know that anthropogenic greenhouse gas emissions, an increase in solar insolation and the fact that we had few volcanic eruptions contributed to the Arctic warming from 1910 to the 1940s. The new results show that the sea surface temperatures in the Pacific also contributed.

Impact of low pressure and through the stratosphere

The modeling study showed that the warm Pacific impacted the Arctic in two ways. First of all, when the Pacific is in a warm phase the low pressure in the Pacific near the Aleutian Islands is stronger than normal. A stronger low-pressure will transport more warm air from further south in the Pacific northward into the Arctic.

In addition, the researchers found that there was an impact via the stratosphere. The strong low-pressure enhances the wave activity in the atmosphere that weakens the polar vortex. When the polar vortex weakens, there is sinking motion over the Arctic which leads to warming near the surface.

It is still unclear if the Atlantic or the Pacific is more important for winter temperatures in the Arctic. When both the Atlantic and the Pacific are warmer than average, then we can expect that also the Arctic gets warmer. But in reality, there will be a tug-a-war between the two oceans, on top of anthropogenic climate change.

"We will just have to wait and see if the Atlantic or the Pacific wins the battle for Arctic temperatures during the next decades", says Lea Svendsen. 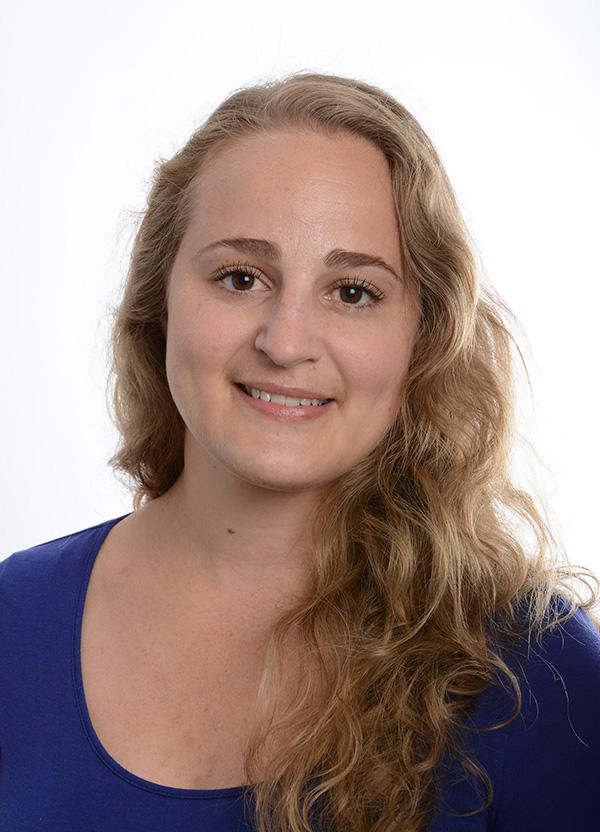 Lea Svendsen at the Bjerknes Centre and the Geophysical Institute at the University of Bergen, was initially surprised to see the results of her analysis.
Photo:
Jan Kåre Wilhelmsen, UiB 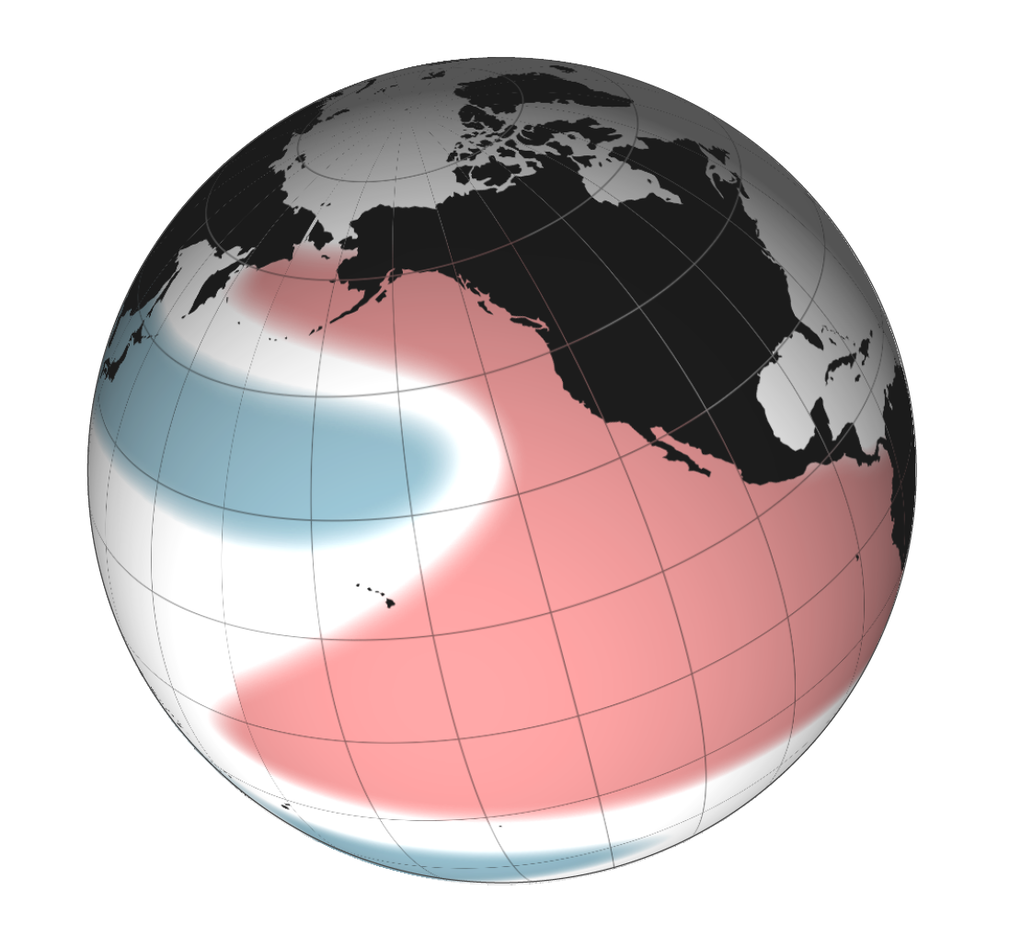 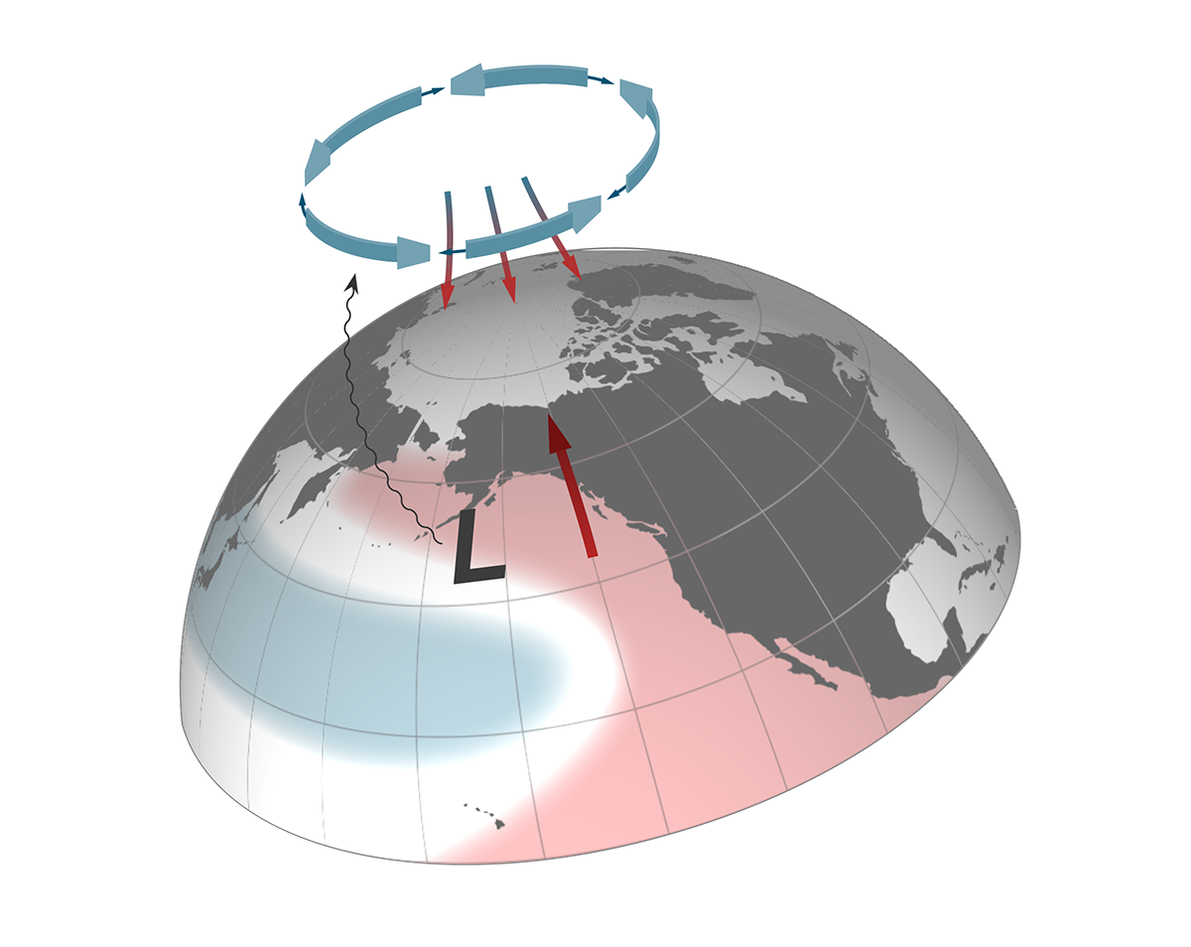 During warm phases, the Aleutian low is stronger than normal. This leads to more warm air being transported northward and into the Arctic. Also, the enhanced low leads to a weakening of the polar vortex in the stratosphere. This causes more sinking air over the Arctic. Like for the enhanced heat transport, this sinking contributes to more heating near the ground.
Photo:
Lea Svendsen / Ellen Viste