The taller you are, the greater is your risk of developing cancer – and this applies to both men and women, suggests a new study just published in the journal Cancer Causes & Control.

Pooled cohort study on height and risk of cancer and cancer death.

Adult height, determined by genetics and by nutrition in childhood, has been associated with higher risk of several types of cancer, for example breast cancer, prostate cancer, kidney cancer and several others. Height has also been associated with an increased risk of dying from cancer - in contrast to the decreased risk of total mortality and mortality from cardiovascular diseases.

A large European collaboration study
The study, entitled “Pooled cohort study on height and risk of cancer and cancer death”, is a collaboration between researchers in Sweden, Norway, Austria and Germany. Tone Bjørge and Anders Engeland from Department of global public health and primary care and Norwegian Institute of Public Health have been part of this collaboration.

This study, which was just published in the journal Cancer Causes & Control, includes both men and women, and is based on data from health examinations performed in seven cohorts in Austria, Norway, and Sweden. In total there were 585,928 participants. Cancer diagnoses were identiﬁed through linkages with the national cancer registries in Sweden and Norway and Vorarlberg State Cancer Registry in Austria.

Height and other risk factors – tall women smoke more
The researchers found that increased height was associated with higher risk of cancer incidence and death. During the follow-up period, 17,549 women and 21,313 men were diagnosed with cancer and 5,431 women and 8,116 men died of cancer. The highest height-related risk for developing cancer was found for malignant melanoma (a type of skin cancer) in both women and men.

The association between height and cancer might also be influenced by differences in other risk factors for cancer such as smoking and obesity across the height categories. However, in previous studies, tall persons tended to smoke less and to have lower body mass index (BMI), two factors that are associated with decreased risk of cancer. In this study, tall subjects had lower BMI, whereas tall women smoked more and tall men smoked less than shorter individuals. 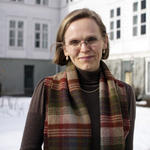