Animals show a remarkable diversity of behaviors. How these behaviors are generated by the nervous system is an intensely studied topic in modern neurobiology. A new paper explores how the behavioral repertoire of chordates evolved into the breath-taking complexity often admired in vertebrates.

The image shows the behavioral space of Ciona intestinalis amidst a range of behavioral manoeuvres performed by the larvae during spontaneous swimming. In the centre, we can see the outlines and skeletons of six larvae which we captured at different postures using computer vision.
Photo:
Illustration by Marios Chatzigeorgiou

A new paper published by Marios Chatzigeorgiou’s Group in the journal PLOS Biology comprehensively mapped the behavioral repertoire of Ciona intestinalis larvae, which belong to the sister group of vertebrates the Tunicates. The study, led by Athira Athira, Daniel Dondorp, and Jerneja Rudolf, not only sheds new light on how behavior evolved in the chordate lineage but also shows that molecules like dopamine, serotonin, and adrenaline, also known as bioamines, determine the frequency and order in which the larvae perform various behaviors.

A fascinating aspect of this study was that Athira and Daniel were able to harness cutting-edge computational methods to dissect the composition and organization of Ciona's behavior. A good comparison would be that Ciona's behavioral repertoire is akin to a language, built by a number of basic modules, or phrases, which are put together following certain rules, or grammar. Athira and Daniel found that Ciona has a rather complex behavioral repertoire which was somewhat surprising given that the larva has a nervous system composed of roughly 300 cells. Similar to invertebrates and vertebrates, the composition and structure of this behavioral 'language' is controlled by the neuromodulators serotonin, dopamine, and adrenaline.

The development by Daniel of 3D printed hardware and open source software capable of tracking small marine organisms was another important aspect of this study. Ciona larvae are small, only 1mm long, are almost transparent, and are fast swimmers.  These tools allowed intern Olivia Peytral and postdoc Jerneja Rudolf to record thousands of larvae swimming over extended periods of time. In recent times, Sars Centre researchers have used these trackers to record other small marine organisms such as ctenophores and lancelets. Tools like those developed by Daniel will hopefully allow Sars Centre researchers and others to map interesting behaviors exhibited by marine organisms.

In this work, by developing tools to analyse how the larva’s movement is structured, we have taken the first step towards understanding such patterns.

We spoke with one of the first authors, Athira Athira about the paper and her research.

- What was the most exciting part of your findings?

- Can you explain a little more about the tracking software and what it meant for your research?

We really like to use and produce open-source software and hardware because this is a way to disseminate science. We benefited from one such software called Tierpsy which is open-source software that was put together by Andre Brown’s lab in the UK. It uses machine vision and allows us to pick up swimming Ciona larvae automatically in our videos.

- Why would you say this new paper is important in your current research field and what should be done after it?

With this study, we were able to define quantitative descriptors that could be used to characterize phenotypes. For example, for Ciona researchers, these could be helpful to characterize phenotypes (a mutant) by behavioral screening. More importantly, we now have behavioral units that can be used as ‘druggable targets', which means that we can pinpoint with a better resolution which unit of behavior is being modulated by a particular drug. Currently, we have studied the effects of different bioamines on larval behavior. The next step is to extend the study to characterize the effect of neurotransmitters. Also, we are also interested in finding out what are the neural correlates of these behavioral units.

- What are your main interests in science, and how do you see your current work correlating with these interests?

How systems change over time, if there is a pattern to them, and the rules governing these changes, have always been questions that interested me. How living systems behave over time, and what governs them, is particularly intriguing. In this work, by developing tools to analyse how the larva’s movement is structured, we have taken the first step towards understanding such patterns. Moreover, we also could also infer some understanding of the mechanisms behind it by studying how different neuromodulators affect the structure.

- Can you tell us about your educational and scientific background and what are your personal wishes for the future?

I did my undergraduate studies in Electronics and Biomedical Engineering and then went on to do a master’s degree in Medical Software. My interest has always been in using computational tools to gain more understanding of the principles underlying biological systems. Realizing that machine learning is a powerful tool that can help me with this, I went on to do another master’s at KTH, Stockholm, specializing in Machine Learning. During my time there, I got to work on a variety of projects in computational neuroscience. It was during my master thesis at KTH that I became more interested in studying behavior and its neural correlates. I would like to continue working towards understanding the structure of animal behavior and the mechanism underlying it. 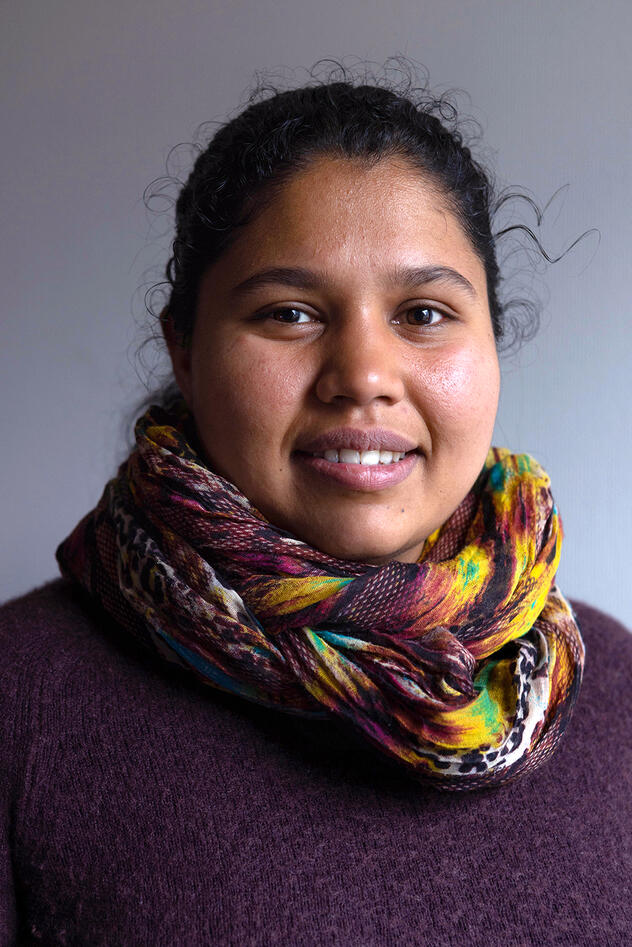