Searching for Michael Sars in the Rare Books Collection

Famous Bergen scientist Michael Sars made a lasting impact on the field of marine biology during his prolific career in the 1800's. We explored the Rare Books Collection at the University of Bergen in search of his original publications and beautiful naturalist illustrations.

The Manuscript and Rare Book Collection of the University of Bergen is hidden behind a heavy door on the ground floor of the Faculty of Humanities building. In what feels like a monitored atmosphere, the air is dry, the temperature low, precious books are stored that tell us the story of Norway through literature, language, science, and arts. Established through the Museum of Bergen and its library in 1825, the collection which includes historical pictures, antiquarian books, maps, as well as manuscripts and diplomas from as far back as the 13th century, was moved to the new University Library when it was founded in 1948.

Ola Søndenå is part of the team that cares for these collections. When he isn’t exploring the attics and forgotten storage rooms of University buildings in search of new treasures, he classifies, digitalizes, builds exhibitions and guides visitors through the fascinating archives.  Before my arrival, he had gathered on the reading room table two very exciting piles of books. One was authored by Michael Sars, and the other by his son Georg Ossian Sars.

In 1854 Michael Sars was appointed professor at the Royal Frederick University in Christiania, today the University of Oslo, and his son Georg Ossian followed his footsteps in 1874. They were prolific scientists that made a tremendous impact on Norwegian and international marine zoology, and also talented artists. Using fine copper plate engravings, they thoroughly documented the organisms that they studied. Georg Ossian in particular was an accomplished illustrator, fond of watercolors, who invented his own printing method, “Autography”, Ola explains.

The books look worn and have the comforting smell that only old books can offer. Surprisingly, they are written in three different languages, Norwegian, English and French. The oldest was printed in 1855, a re-edition of the first major work of Michael Sars, originally published in 1835. It contains drawings that famously describe the different stages of a jellyfish life cycle for the very first time. The illustrations are incredibly detailed, delicate and beautiful, which makes the experience of being able to look at them up close incredibly exciting.

A 1861 book by Michael Sars found in the collection was annotated by an unknown author.

In the pile, one of the volumes is even more extraordinary than the others. In between the printed pages, someone has added handwritten notes on small pieces of paper attached to the spine of the book. The writing is tiny, almost impossible to decipher, but we find dates on some pages, all in the 1800’s. The extra material includes figures cut out from other books, and even pencil illustrations, presumably of species mentioned in the original text. The author of the notes is unknown.  Could it be a researcher at the museum where the book was purchased? A mysterious riddle that Ola is determined to solve. “We are very privileged to be working at the Special Collections department, surrounded by all sorts of old, wonderful, and at the same time historically important scientific books, manuscripts, illustrations, maps, and much more” Ola says. “And finding something like the beautifully “modified” Michael Sars book gives us immense pleasure. An ordinary publication by Michael Sars from 1861, transformed into a sort of personal artist book or manuscript book by, for the time being, an unknown researcher or student. I will definitely try to uncover the history of this beautiful object and solve the mystery.”

Some of these stunning artworks will soon embellish the walls of our institute. Through the beautiful conservation work at the Special Collections department, we are able to honor the rich legacy of the scientists that laid the foundations of our research.

Explore the Special Collections at UiB 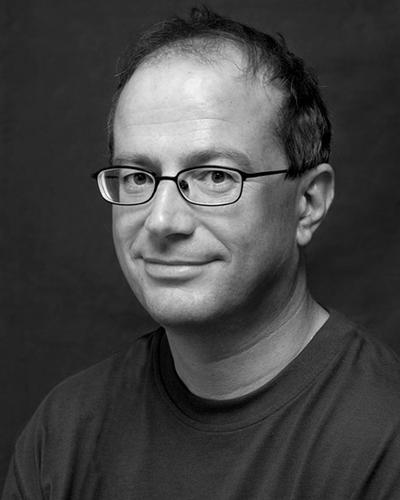