Skip to main content
The Norwegian Institute at Athens
News

Human Body and Identity in Greek Philosophy and Culture

The Norwegian Institute at Athens is delighted to host the participants of the international conference titled “Human Body and Identity in Greek Philosophy and Culture.”

When and how did a notion of a human body as a unified entity appear in Greek thought? In our earliest written sources, the Homeric epics, the living body is generally referred to only by its parts. Bruno Snell famously concluded that 'The early Greeks did not, either in their language or in their visual arts, grasp the body as a unit'. Early ancient art also failed according to Snell to represent the body as a unity. Snell's thesis has been opposed by many, amongst others, Bernard Williams. But the debate still raises the fundamental questions about what criteria are relevant and appropriate in the context of early Greek thought when thinking of the body as one. How did ancient thinkers understand the identity of the body, either synchronically or diachronically? How did their concepts of a human being relate to their view of the human body? In what ways (if any) did the body enter into ancient conceptions of who we (really) are? For example, is the unity of the body (again synchronically or diachronically) a precondition of our identity as a certain human being? And if, as many ancient thinkers thought, the soul plays a role in defining who we are, how does this role relate to that of the body? While ancient philosophy will be central to this conference, the aim is also to contextualize philosophical theories in the wider context of Greek art, medicine, and literature. 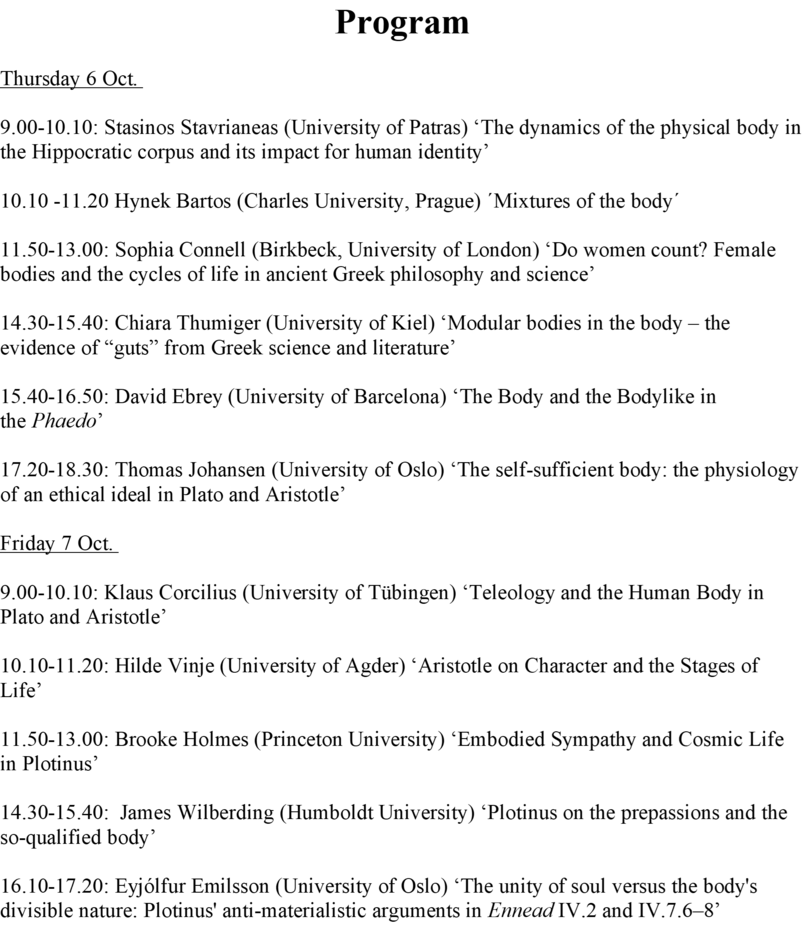