Honey bees are an essential pollinator of many agricultural crops, including squash, melon, kiwi, and cocoa. The value of these pollination services are measured in billions of dollars. Recently there has been a steady decline in bee colonies, which has been dubbed "Colony Collapse Disorder" (CCD). This has affected Northern America most severely. There, it has been estimated that one third of all colonies have collapsed annually since 2006.

"Detailed studies on the molecules that keep bees healthy are extremely important to the food industry as well as the global provision of food," said dr. Heli Havukainen, who was supervised by Professor Gro Amdam (UMB and Arizona State University), Associate Professor Øyvind Halskau (UiB), and Professor Aurora Martinez (UiB).

One of the proteins in bees, vitellogenin, has been linked to the social behaviour and aging of bees. "Simply put, the more vitellogenin in bees, the longer they live. Vitellogenin also guides bees to do different social tasks, such caregiving or foraging. It also supports the immune function and is an antioxidant that promotes stress resistance. In my research, I set out to find out how this molecule is shaped and how it behaves on a nano-scale. This provides us with more knowledge about how vitellogenin is good for honey bees," Havukainen said.

Previously, scientists believed vitellogenin to be one unit, like a cargo ship, transporting lipids from the bees' belly-fat cells – the main dock. Dr. Havukainen prefers to compare the protein to a freight train:

"My discovery is that vitellogenin is not one entity. It consists of two functional parts. Now, I want to stop the separation process, so the locomotive and fat cargo are always together. This will help us figure out why the locomotive sometimes ditches its cargo and travels around on its own, and what the consequences are for the bees. This way, we can learn how vitellogenin affects social behaviour, immunity and stress resistance, and ultimately global food production and provision", Havukainen said. 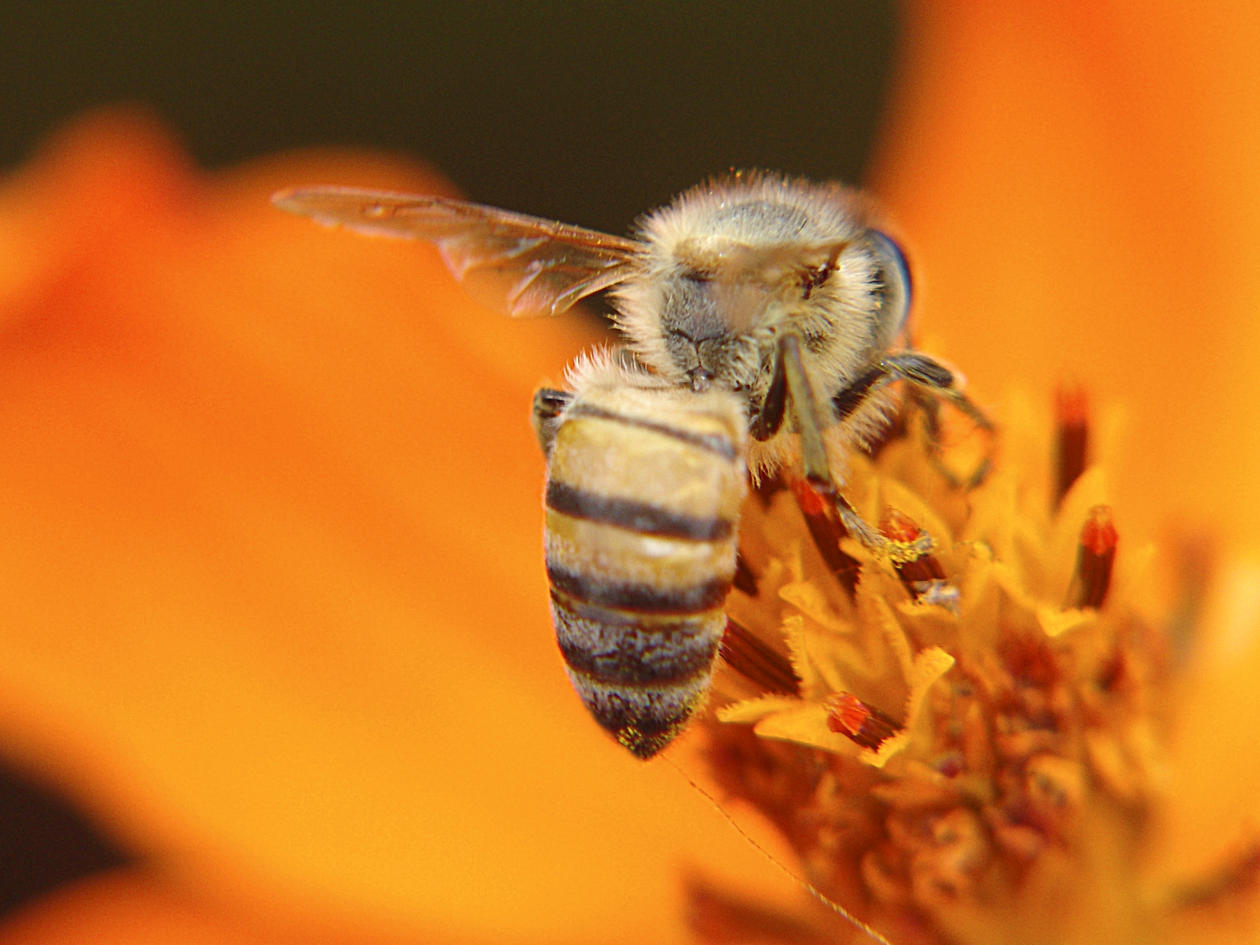