RESEARCH INTO MIGRATION INCREASINGLY IMPORTANT: Situations like the one in this photo, showing refugees landing on the Greek island of Lesbos in October 2015, underline the increasing importance of research into migration, and in particular in the social sciences.
Photo:
Dimitar Dilkoff, AFP Photo, NTB Scanpix

In 2012, Professor Hakan G. Sicakkan of the Department of Comparative Politics at the University of Bergen (UiB) completed a major EU-supported project on transnational democracy in Europe: EUROSPHERE. Since then, he has researched a variety of issues related to politics, democracy, transnational actors, and migration – issues that are inextricably linked in a changing world.

A strengthening of migration research

He has long been part of the IMER Bergen network, which researches migration and ethnic relations. (See FACTS section for more information about the network.)

“The IMER network has long been a prominent research group, both nationally and internationally. Between 1996 and 2010, IMER held a national mandate in Norway to systematize and disseminate information on Norwegian migration research. Researchers from the network have received support for research from both the Research Council of Norway and the European Union,” says Sicakkan.

When UiB adopted its strategy for 2016-22 – Sea, Life, Society – “global challenges” was named one of three priority areas. Within these global challenges three main areas have been identified for research and education: global health, inequality, and migration.

“The IMER network wants to contribute to UiB's strategic priority with our outstanding expertise, which includes international migration, transnational actors, and the development of transnational political systems. When I say transnational actors, I mean groups and organizations that collaborate and act collectively across borders,” he says, mentioning European party federations, global networks of civil society organizations, multinational corporations and international networks of think tanks as examples of this.

He mentions the EU, the African Union and NAFTA as examples of transnational jurisdictions.

“We know that these actors contribute to changes in our political systems. This is why we have to study all aspects that deal with the movement across borders and put these in context: people, companies, capital, organizations, and nation states. Never before has the need for migration research been this urgent,” he believes.

According to Sicakkan, far too often migration is considered a national problem.

Last year the UiB professor was editor of the book Integration, Diversity and the Making of a European Public Sphere (Elgar Publishing), where the focus in large part is on the subjects he would like to see strengthened in the Bergen research environment.

“This is one of three books that came out as a result of the EU-supported EUROSPHERE-project," says Sicakkan about his ambitious research into migration and transnationality, “and this was inspired by the works of Stein Rokkan and Chantal Mouffe. In the book and through the project, I assert that the current conflicts and crises in Europe have an integral rather than a divisive effect because they construct a common political space in Europe.”

Through the EUROSPHERE cooperation and the ensuing books, Sicakkan has established an extensive international network. This reinforces the possibility of establishing an even stronger environment for migration research in Bergen.

“Over the years, we have developed strong international research networks. In the research world, such networks are essential to produce good research and increase visibility for your work. We will use our international network effectively to contribute to UiB's commitment to the global challenges,” says Sicakkan.

This is why Sicakkan is now working on an application for a new, ambitious research project on migration. The application is based on the following questions: How can the EU, as a value-based player, contribute to global justice in relation to other international actors?

“We want to create a concept of human rights as a symptom of global injustice. To do this, want to look at ‘the human rights of people on the move’,” he says, “when I say ‘people on the move’ I refer to this as a framework which includes forced migrants, refugees, asylum seekers, and internally displaced persons.”

In the project, UiB researchers and partners from a number of universities in Europe, South America and the Middle East want to compare the impact of EU and US human rights policies in relation to two regional migration systems: between the EU and the Middle East-North Africa (MENA) and between the United States and Latin America.

“The project had not yet found its final form. But we want to compare how human rights are understood and practiced in the northern and southern boundaries of two regional migration systems,” says Hakan G. Sicakkan about the project. 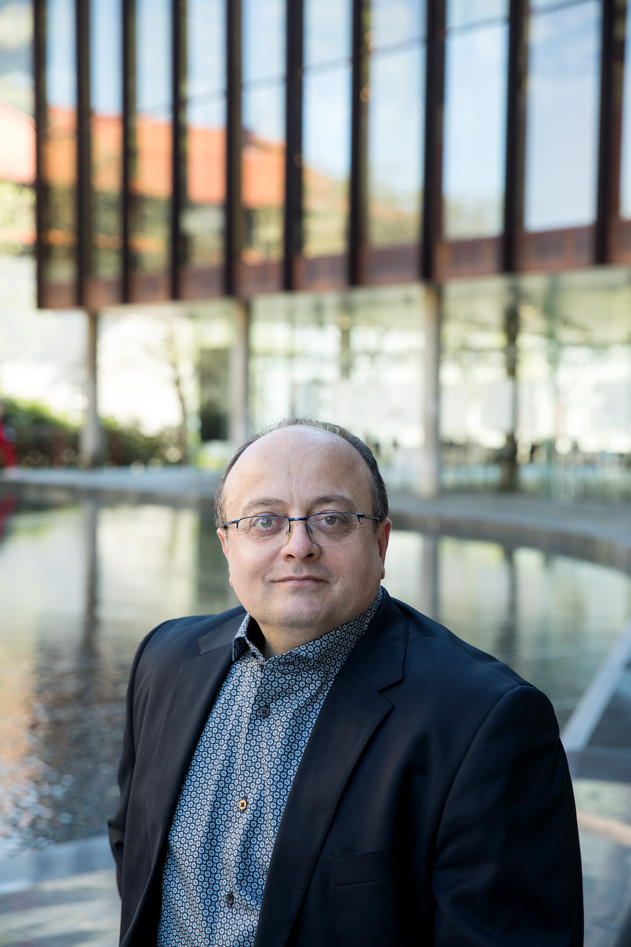