Detachment and separation continue to be central to urban development across the globe, especially in Sub-Saharan Africa. Will enclaving—the construction of these detached societies—further fuel socio-economic differences?

Construction of the “ordered” and “modern” buildings in the Oxford area of Appolonia City, secluded from the outside with security. Oxford is advertised as a medium income residential area. The author is tempted to ask; medium income for whom?
Photo:
Lauritz Isaksen

The construction of fortified enclosures can be seen as a protection against the fear of the unknown threats of “what’s outside”. In Ghana, the urban developer company Rendeavour work to develop utopian cities where rich Africans, investors and expats can shield themselves from the “chaotic” outside. One of these utopian cities to-be is Appolonia City, constructed in the village of Appolonia just outside the Ghanaian capital Accra. Rendeavour wants to create visionary futures by constructing residential areas, shopping malls, theme parks, and whatever else a top modern urban society could offer. What does this do with the social dynamic within a promising and developing economic power such as Ghana?

Accra inhabits 4 million people, and, jokingly said, twice the number of vehicles. From an outside perspective Accra is chaotic. In fact, it is not only expats and outsiders that think of Accra as chaotic and unorganised. Local Ghanaians are also weary of the bustling city with its “messy infrastructure” – they dream of a capital that is more relaxed and “ordered”. They dream of a capital that embrace an “urban modernity”, and at the same time protects local cultures and identities.

Both scholars and laymen are critical to urbanisation projects within Africa, on the basis that these projects are often yet another neo-liberal investment. The main goal for urban investors is mostly to earn money for their own businesses. While the rich population gain advantages, the poor will get little in return. It can be argued that neo-liberal urbanisation projects widen the socio-economic gap between the rich and the poor, which again creates social and cultural division. This could turn out to be true, as it is in the East Legon area, where the rich population have secluded themselves from the rest of Accra. Still, can we as scholars, generalise all neo-liberal projects as something socio-economic dividing? In my research from Appolonia in Ghana, I wanted to further explore some of the phenomenological and psychological experiences of local inhabitants. How did they perceive and experience the construction of Appolonia City?

The local point of view

To some extent the construction of Appolonia City is a materialised symbol of inequalities and socio-economic division on the African continent. And yet, it is also a symbol of African aspirations, dreams of a utopian urban living, and further economic development. The local population in the village of Appolonia were not strongly critical of the development, even though they did not receive any particular advantages from it. In a neo-Marxist tradition, it is easy to assume that the population show a form of false consciousness; a misleading of the lower classes concealing the exploitation intrinsic to the social relations between classes. However, by exploring the existential and phenomenological lifeworlds of the population of the village of Appolonia, the assumption of a false consciousness turns out to be both reductionist and incorrect. The locals produce a large portion of existential meaning in their relation to the neo-liberal development of Appolonia City. They create local politics of development, meaningful social relations to both people and structures and at last—but not least—meaningful aspirations for themselves and for Ghana’s future. My research indicates that as a consequence of the creation of Appolonia City the locals created dreams, aspirations and utopias. Thus, I submit that further research should not reduce neo-liberal city development to a mere capitalistic scheme of maltreatments and exploitations of local populations.

During my fieldwork I went to the University of Legon in Accra to attend the UN lecture presented by Her Majesty Queen Mathilde of Belgium and the Ghanaian president Nana Addo Dankwa Akufo-Addo. In the lecture “The SDGs: A Transformative Agenda for the Future we want” Her Majesty and the president addressed the agenda for 2030 for achieving the SDGs. Both the Queen and the president strongly believed that the SDGs offers the world a framework within which to improve life for everyone.

Even though the UN fights towards a more sustainable world, I would argue that none of it really seems to matter on a ground level in a small African village. The SDGs are ambiguous and too general in its formulation and they are hard to operationalise. In the village of Appolonia, there was only a few people that had heard about UN’s proposal for a more social and environmental sustainability—and those who had found them irrelevant.  In my experience, policy makers often have problems communicating such goals to local communities in rural Sub-Saharan Africa. Some key points for the SDGs include (8) economic growth and decent work, (10) reduced inequalities and (11) sustainable cities and societies. These points are all relevant to the construction of Appolonia City, and it still remains to be seen how the SDGs will be reflected in the development.

In conclusion, we could say that Appolonia City is yet another neo-liberal urban development project that fuel further division between the poor and the rich. However, field research and focus on the phenomenological and psychological aspects of human life in the surrounding village, shows that development projects are in fact a fundamental part of people’s lives. Locals define their own modernity, they create aspirations and dreams about themselves and their own country. Development will be a materialised symbol of promising futures in Africa. Even though the local population of the village of Appolonia can be seen as poor and are unlikely to be a direct part of this bustling modernity, they are often positive for these changes to happen. In fact, I argue that the materialisation of Appolonia City creates an ontological meaning for their political, cultural and social lifeworlds. 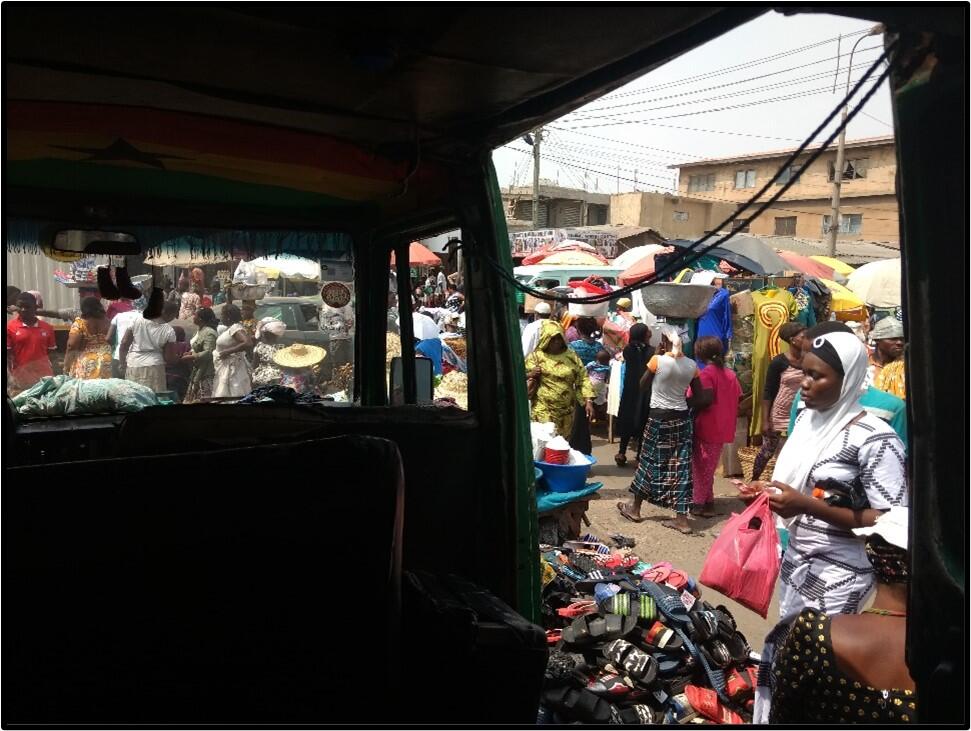 From a market in the Medina area of Accra. This area is a place for transit to/from the city centre, often bustling with a large crowd and dense traffic.
Photo:
Lauritz Isaksen 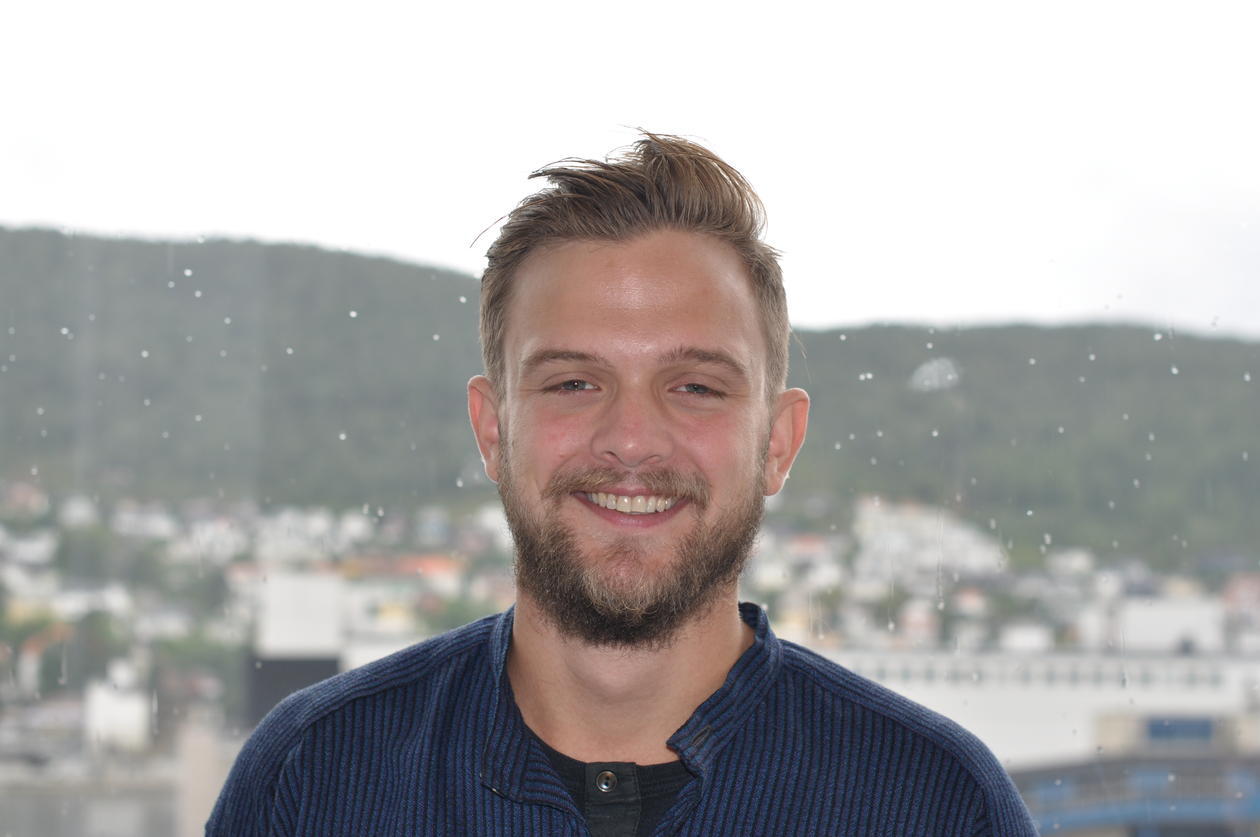 Lauritz Isaksen conducted fieldwork in the Greater Accra Region in Ghana. He studied the private city development project of Appolonia City, and how the transformation of space has social and cultural implications for the local population. He successfully completed his MA degree in Spring 2019.
Photo:
CMI 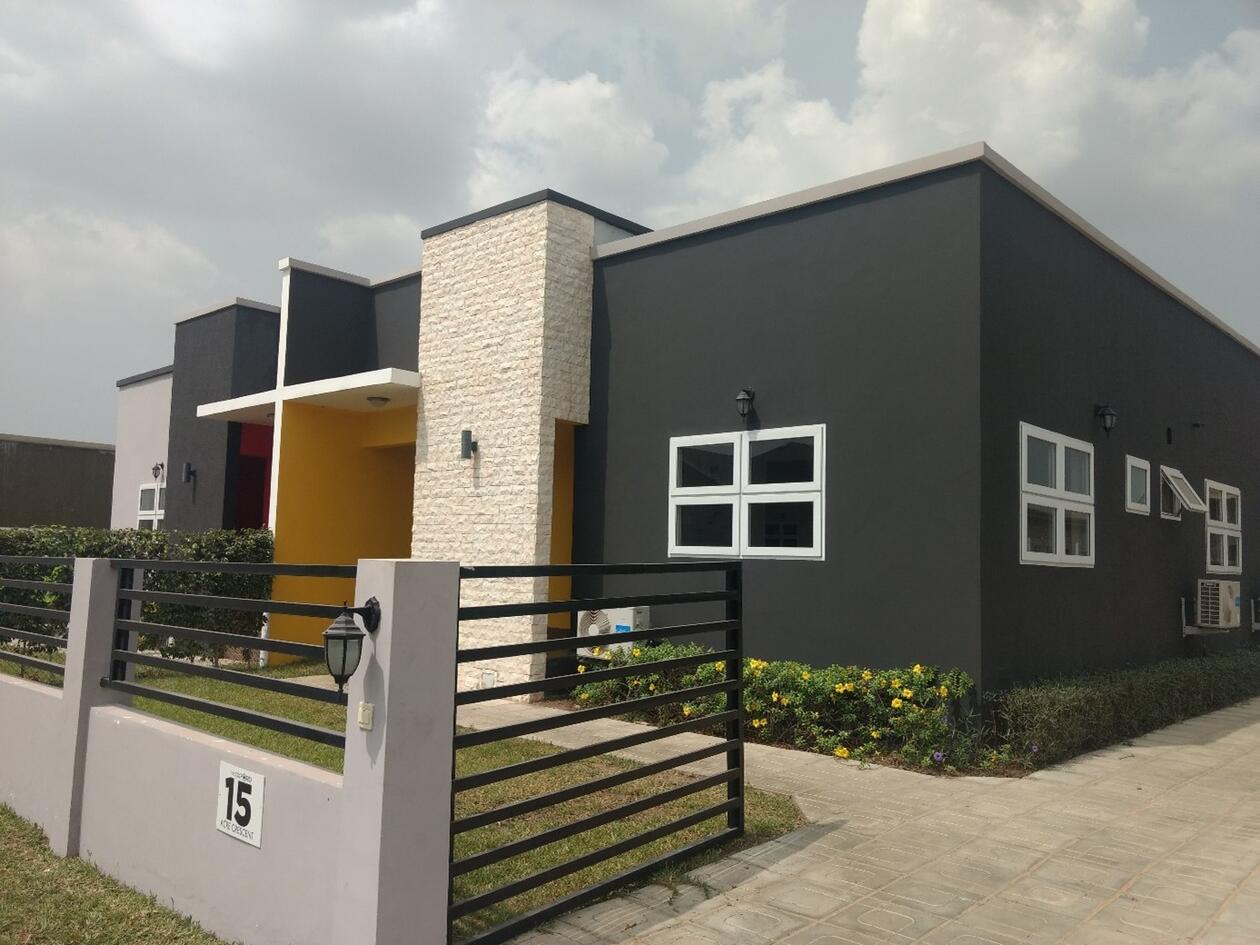 The architecture in Appolonia could remind one of the Swiss architect Le Corbusier, and illustrates the Ghanaian ambition and wish for “European modernity”. Even though it is easy to assume that this is a symbol of new western imperialism, the designs of the houses also integrate Ghanaian traditions and cultural identities.
Photo:
Lauritz Isaksen